The reason I am posting this at the Natural Building Blog is that the old abandoned school that this couple visited is still standing so proudly. It is a perfect example of how well built stone masonry can withstand the ravages of time. 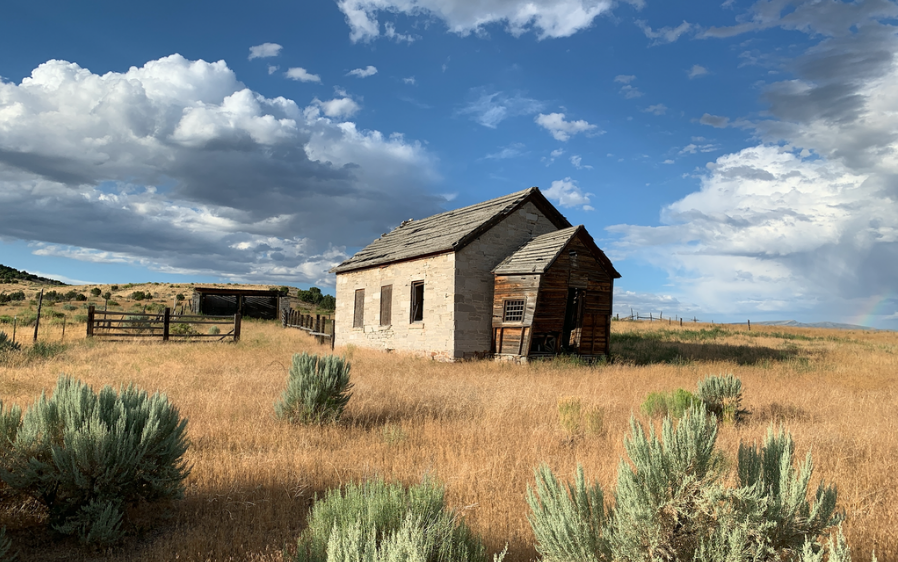 The story written below was penned by Daryl Austin about a wonderful coincidence regarding him and his wife, and I’ll let him tell the story.

Grouse Creek, Utah, is about as off the beaten path as a town can be. To access this sleepy community, you have to cross miles of dirt and gravel roads over hilly terrain. A tiny two-pump gas station is the town’s only commercial building, along with a Bureau of Land Management bunkhouse, a shed-like post office, a small schoolhouse and a church.

In 2020 everything in Grouse Creek still feels like it belongs in another time. Perhaps the only thing that’s really changed over the last century is that the town has increased in population. When the town was established in 1876, there were just 20 men and a few of their wives and children. Today the population stands at nearly 80.

What makes this town personal to my wife, McCall Austin, is that her great-great-grandfather Valison Tanner and his brother were among the first to settle in the community after taking cooperator herds to graze in the pristine meadows there. Her ancestors remained in town for generations and her father was born there, too. Her Aunt Norma Jean still lives there today.

But what makes the town personal to us as a couple — and what makes this story worth telling — is something my wife discovered last summer. Along with many others, my wife has become driven to reconnect with her past and is an avid researcher of our family’s history and genealogy. Somewhere along that journey she stumbled upon the personal journals of my great-great-grandfather, James Chandler.

Remarkably, it was within those pages that she first learned that James once lived in the tiny town of Grouse Creek, too. 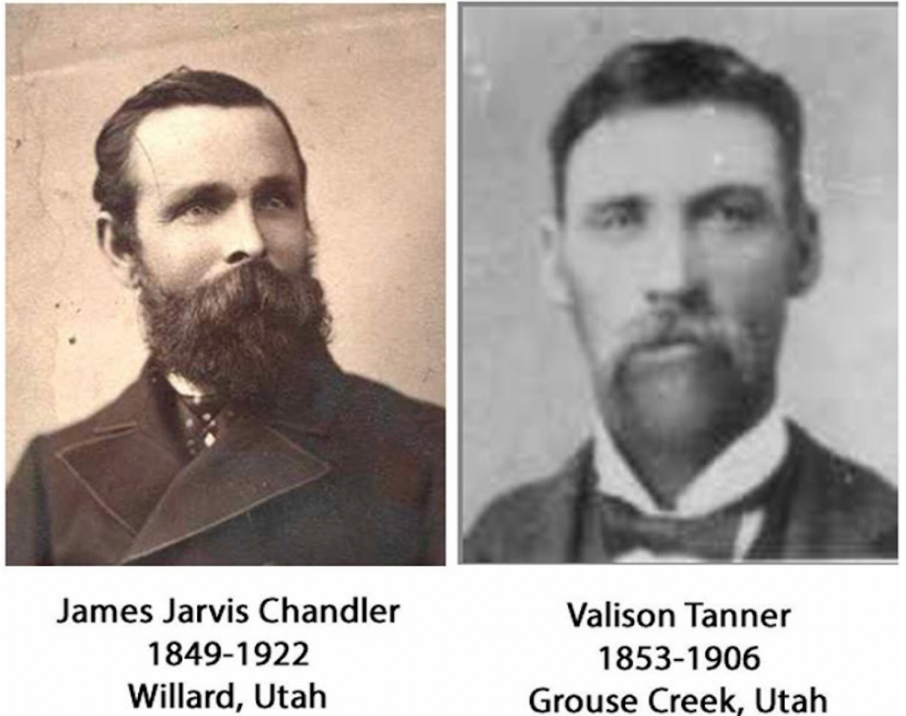 In 1888, James was a struggling schoolteacher looking for work. His search led him to the 12-year-old community of Grouse Creek where he offered to teach the 14 children then living there. His journals say he didn’t know anyone in the town before he arrived, but he notes that one of the first people who offered his table and his home to the weary traveler was my wife’s great-great-grandfather. The two men became fast friends — talking often, taking their families to swim in the creek together. Valison’s family once cared for James’s wife when she fell ill. The two men remained close until James accepted a teaching position in Bountiful, Utah, about 224 miles away. [Oddly, I attended both Junior and Senior High School in Bountiful, Utah….Kelly Hart]

Out of reverence for our newfound shared history, my wife and I made the trek out to visit the town of Grouse Creek in August. As we walked through the tiny community, we thought of our ancestors meeting there for the first time more than 130 years ago. 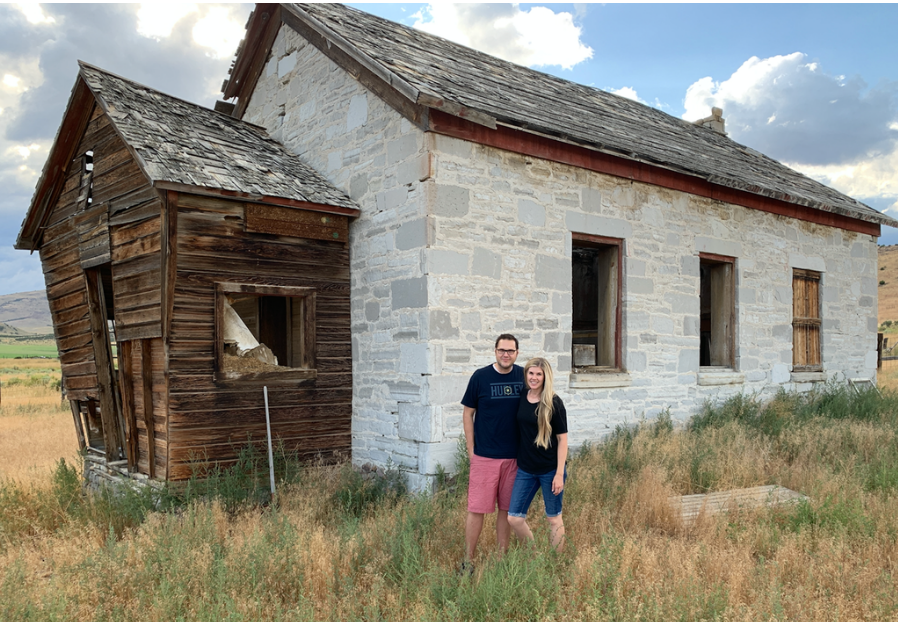 We thought of the old, abandoned schoolhouse there and we ventured out to see if it was still standing. It was. An old wood and stone building with heavy beams sagging within, the surrounding ground overrun by weeds and wild grasses. The building was abandoned when a new school was built farther up the road.

In that moment, heaven didn’t feel like a very far-off place.

I wondered what James would have thought about his great-great-grandson sitting on a computer back in the summer of 2007 in Costa Mesa, Calif., messaging a woman he had just met on Myspace. And, whether he knew that awkward grandson would later marry that beautiful woman and they would have four beautiful children together?

And did he know that very woman would be the direct descendant of his good friend Valison? It was in that moment that I first began to wonder if somewhere beyond this mortal existence Valison and James could have had a hand in my wife and I meeting.

Of course it may all be a coincidence. But since that day I haven’t been able to shake the thought that my wife and I just may be a match made in heaven.

Daryl Austin is a journalist based in Orem, Utah.

1 thought on “A Fun Story Featuring an Old Stone Schoolhouse”