For centuries, the people of India used jute, the plant which burlap is made from, to make rope, paper and handwoven fabrics.

The first mill to mass produce burlap and other jute products was established near Calcutta, India in 1855.  This region is still the main supplier of jute products today.  The mechanical process of spinning jute fibers was first worked out in Dundee, Scotland.  Dundee produced the first power-driven machines for the mill in Calcutta in 1859. 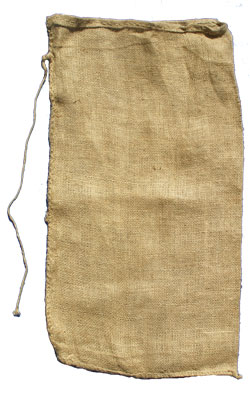 According to the article on NYP Corporation’s website, “By 1869, five mills were operating with 950 looms.  Growth was rapid and, by 1910, 38 companies operating 30,685 looms exported more than a billion yards of cloth and over 450 million bags.”
Photo source: www.militarysupplyhouse.com 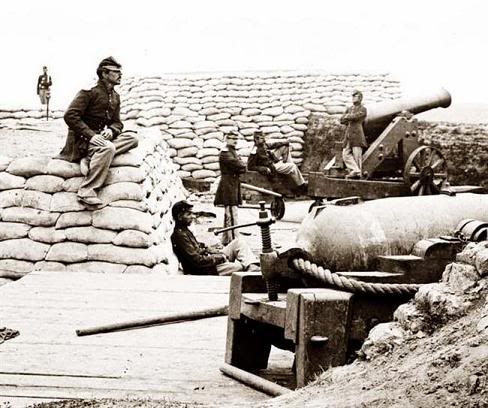 A sandbagged military position during the American Civil War.

Doug has kindly informed us that sandbags can be traced back almost 250 years to the Napoleonic Wars, during which time French troops were issued sandbags for use in the field.

The excellent photo above shows how sandbags were used during the Civil War.