Al Jahili Fort is the 130-year-old heart of Al Ain, Abu Dhabi’s garden city, and its stateliness seamlessly  blends with its surroundings. 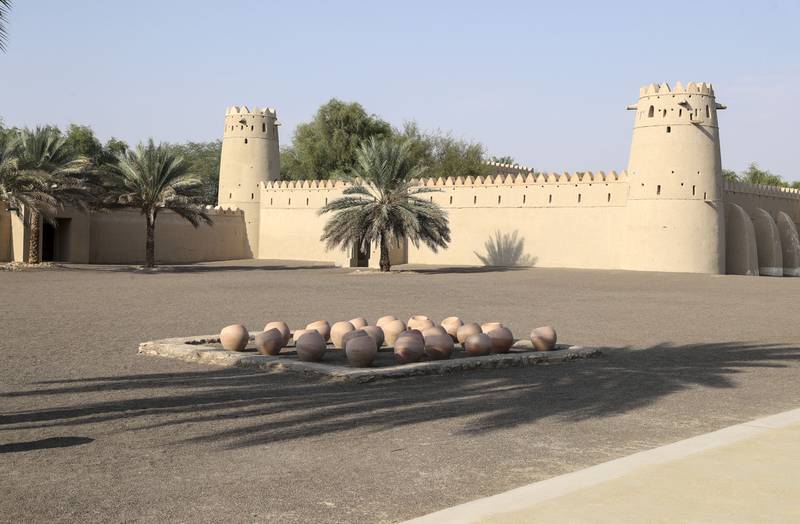 The fort began as a sole circular watchtower built in 1861 on an elevated mound. The tower was used to guard Al Ain Oasis as well as the underground water system. The inner square fort, the mosque and the courtyard were then built in 1897 to defend Al Ain from enemy forces. It also served as a home to members of the ruling family. 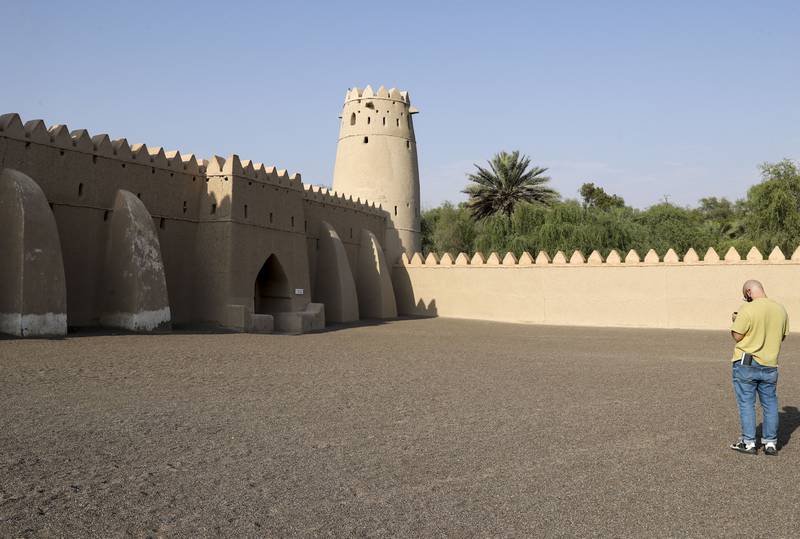 Over the next 50 years, the fort gradually fell into disrepair and in the 1950s a British paramilitary force was stationed there until 1971. In the late 1980s, the Department of Antiquities and Tourism carried out restoration work on the fort, adding an entrance and arcaded gallery, as well as the large courtyard. 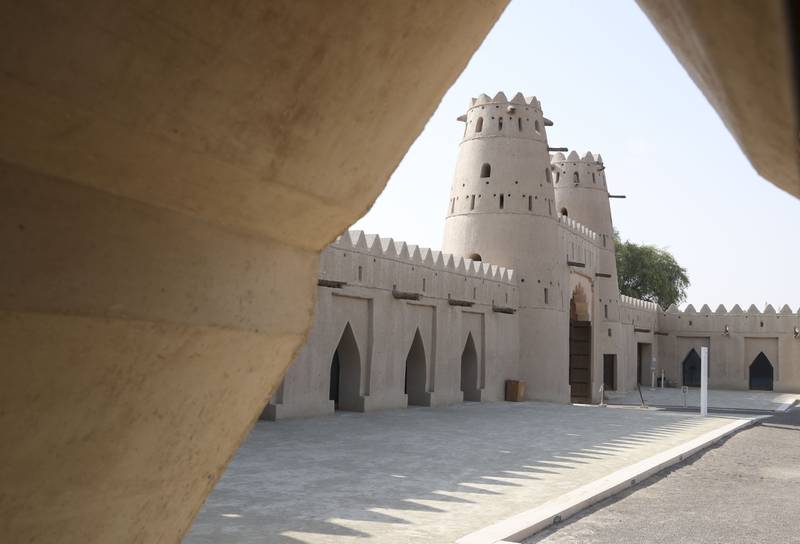 The idea for developing the fort into a major cultural destination began in 2003 with the implementation of the Unesco management strategy of Abu Dhabi’s cultural resources. In 2008, the Department of Culture and Tourism – Abu Dhabi began the conservation project, preserving the fort’s exterior and transforming its arcaded gallery into a visitor and exhibition center. 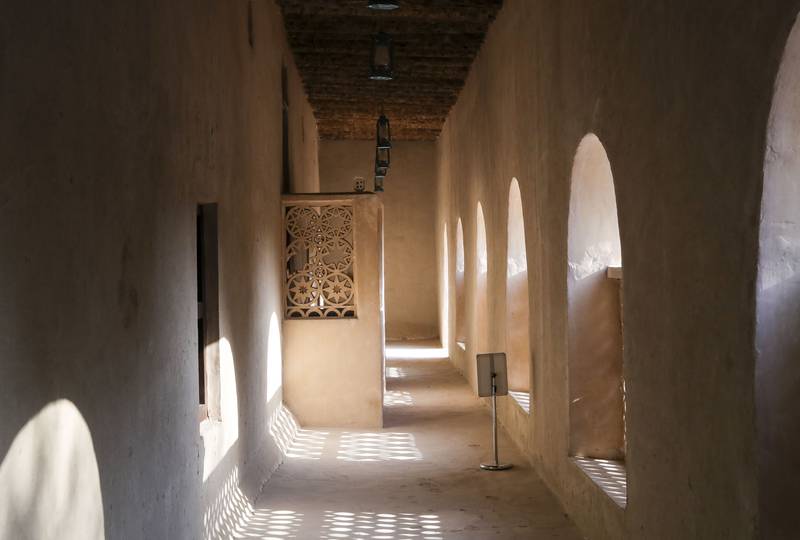 To make sure Al Jahili Fort could accommodate visitors even in the most sweltering months, renovators adopted innovative cooling and ventilation techniques different from the ones used in modern buildings. “We applied a new cooling system in the building that differs from the classic air conditioning that we find all over the country,” the construction manager says. Chilled water, cooled by an elaborate underground system, passes through pipes lined inside the fort’s walls, effectively maintaining comfortable temperatures within the building. To make sure the fort is properly ventilated, chilled air passes through its closed spaces. The air blows at a languid rate as it is only meant to facilitate airflow, not cool the building. 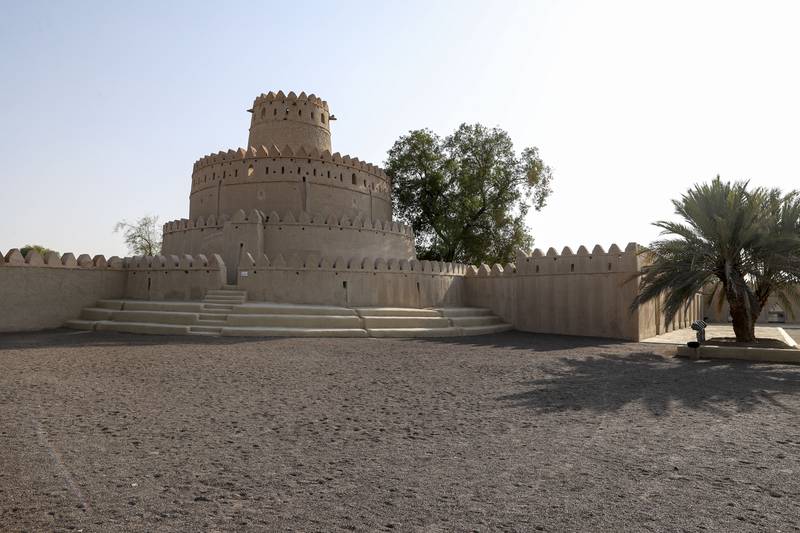 Portions of the original building were torn down and their raw materials recycled and used in the restoration process. The mud was remixed with straw and water, eventually becoming sticky enough to be applied on the walls of the fort. The cooling pipes were first covered by a two centimetre-thick layer of mud, then coated again once the base plaster had dried. Meanwhile, the rammed earth that makes up the floors of the fort were mixed with sand. All the materials used in Al Jahili Fort are natural raw materials derived from earth and palm trees. 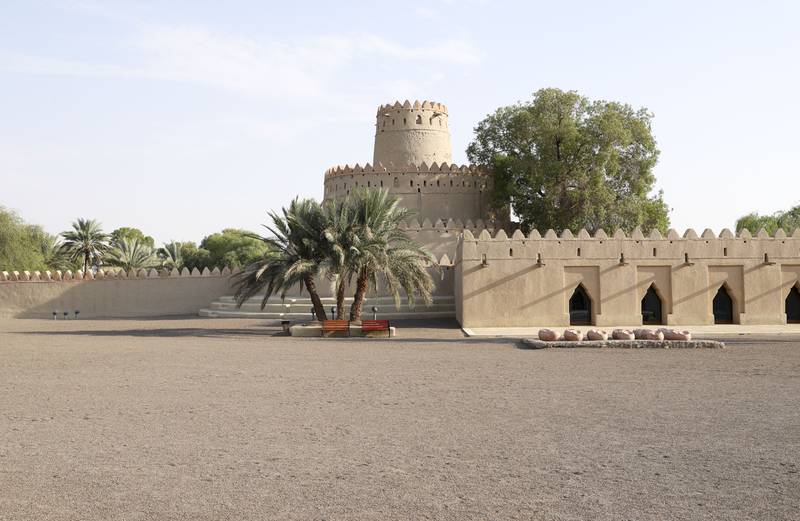 The palm fronds were soaked in an anti-termite solution for 30 minutes then dried in the sun for three days. Treated palm trunks were lined on top of the walls and covered with the fronds. Next was the installation of the electrical system followed by the application of a layer of mud.

Visitors can walk around the fort and admire the tousled straw-ends peeking out of the textured walls and the palm trunks that line the ceiling. You’ll want to climb the earthen stairs of the watchtower, to take in Al Ain from a century-old vantage point.

You can read the original article at www.thenationalnews.com