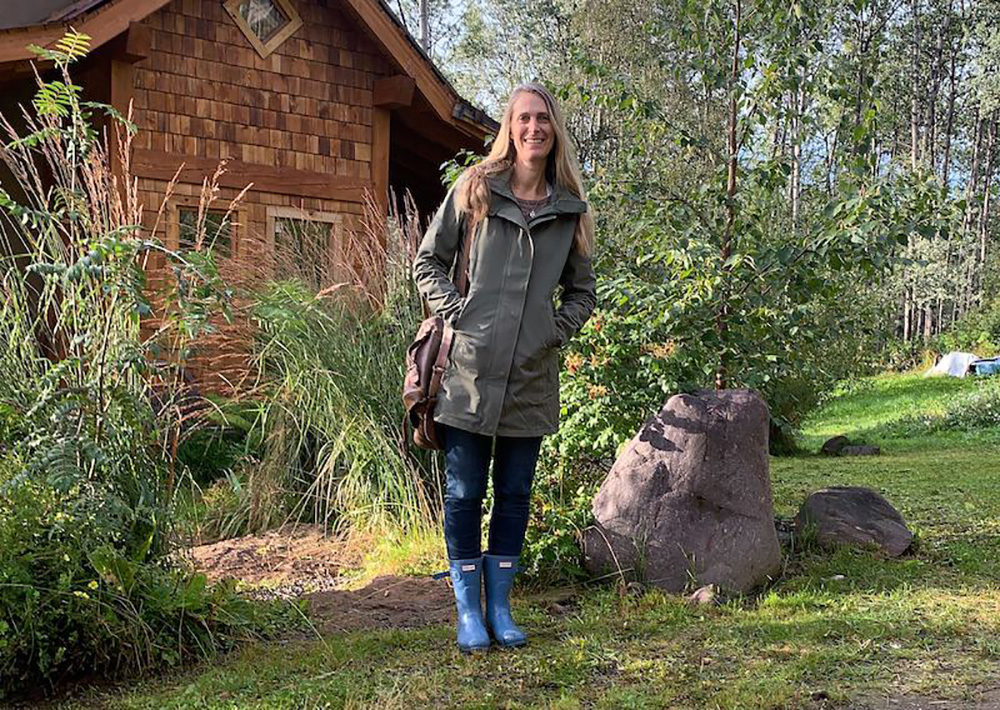 Shortly after moving to British Columbia, Amanda Follett Hosgood bought seven acres of raw land just outside Smithers. She started by building a garage with a tiny suite above, where she lived alone with her two huskies until meeting her husband a couple years later. She had always always planned to build a proper house and when they met, it turned out they both had a dream of building a straw bale house. The timing was perfect because they got to pursue that dream together, building something that worked for both of them. 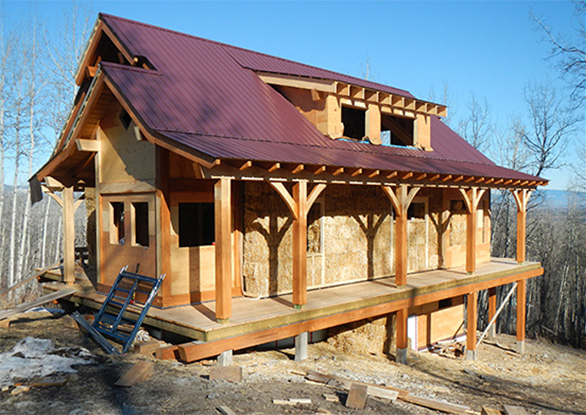 Because her husband was waiting for his permanent residency and couldn’t work, he became the primary builder, teaching himself timber-framing and researching natural and straw-bale building techniques. It was a true community effort — they had lots of work parties and served burgers and beer to their friends while they got their hands dirty stacking bales and slathering clay plaster on them. It took them two and a half years to finish. Now she says “I’m not sure I’d have the energy to do it again, but I would recommend the adventure of building an unconventional home to anyone.” 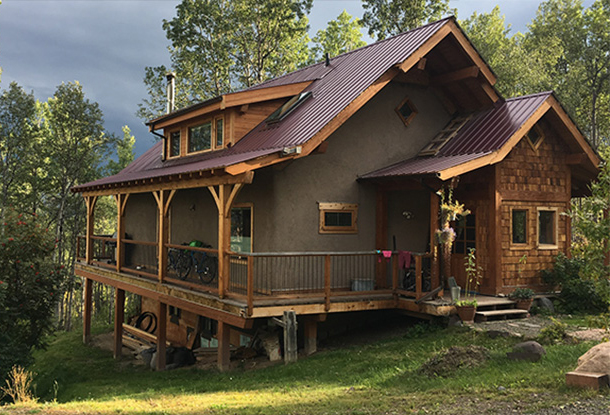 You can read the original article at thetyee.ca