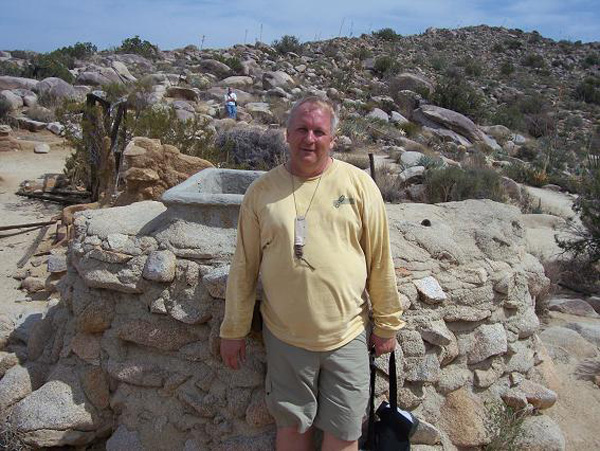 An adequate freshwater supply is a basic necessity. Obtaining water can be especially challenging in deserts. The following photos illustrate a few simple methods for capturing and storing water in arid regions. 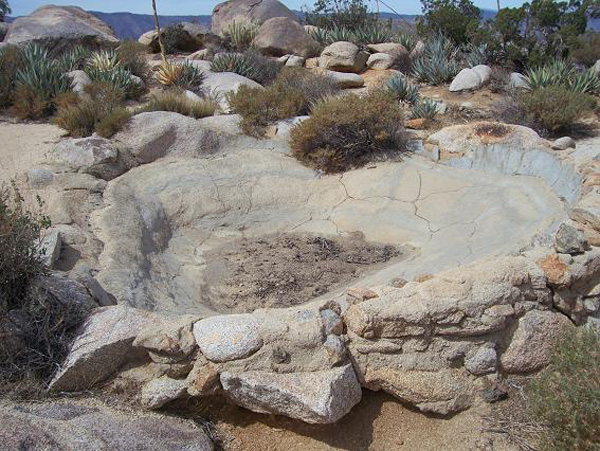 Cement coated depressions like these collect water, which is then often directed into cisterns

Interesting history lesson from Nabataea.net: “The Nabataeans were experts at collecting water and storing it in underground cisterns. All along their caravan routes, secret water collection systems collected water and stored it for later use. The ancient historian Diodorus noted: “For in the waterless region, as it is called, they have dug wells at convenient intervals and have kept the knowledge of them from people of all other nations, and so they retreat in a body into this region out of danger. For since they themselves know about the places of hidden water and open them up, they have for their use drinking water in abundance.” [Their website explains how the Nabataeans invented waterproof cement hundreds of years before the Romans.] 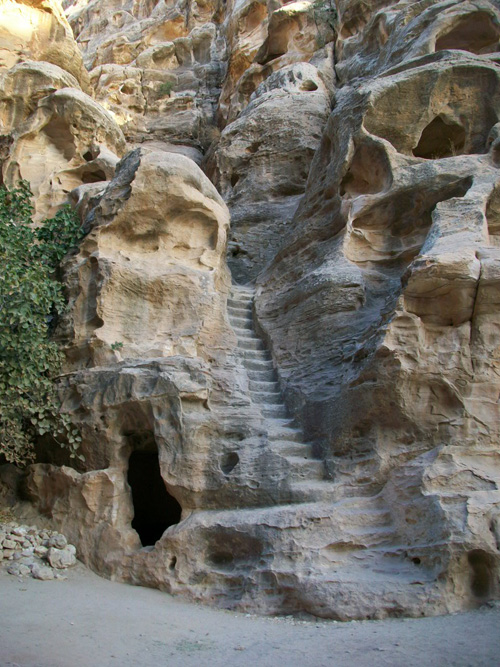 The cistern is the large opening in the rock. You can still see the remains of a channel leading into it. 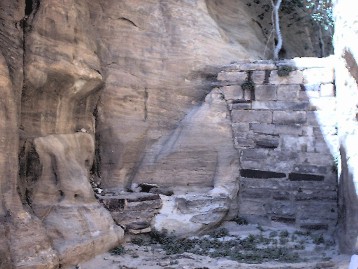 This dam, hidden back in a crevice held a large amount of water. 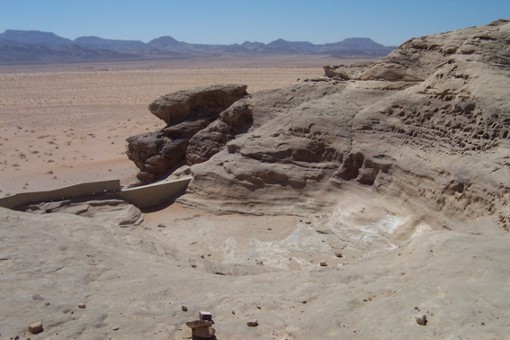 A modern cement dam has been built over the old Nabataean stone dam.