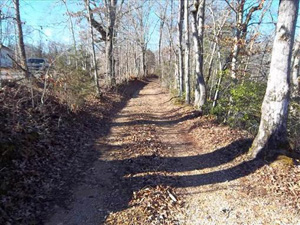 I’ve been doing a series of articles recently on the best places to live in North America that have few or no building codes. I’m asking readers to send us their recommendations. Today’s article is the fifth installment of the series. I suggest moving to an area with minimal building codes to greatly reduce the cost of construction as well as escape many of the problems in urban areas such as high taxes and crime. For more on this topic, see Counties with Few or No Building Codes

Thanks to Steve for this tip. He’s part of Mt. Joy Ecovillage, a sustainable eco community in Lewis County, TN where there are no building codes.

Steve writes, “Lewis County, TN is a conditional recommendation, depending on what a person’s priorities are but the lack of zoning, codes and permits are a definite benefit. The area has a comparatively mild climate, reasonable access to amenities and a more liberal population than most of the south. It is lumber country and land is plentiful, ranging from around $2,000-$4,000/acre.”

Steve’s opinion about Lewis County being a “conditional recommendation” raises an important point. There are no perfect places that will satisfy everybody’s needs. Some people prefer warmer climates, some colder climates. Some people like remote locations, some want to be closer to a city, and on and on. It all depends on what’s important to you. So that means you have to examine each option carefully, and then visit the most promising places to see which place is right for you.