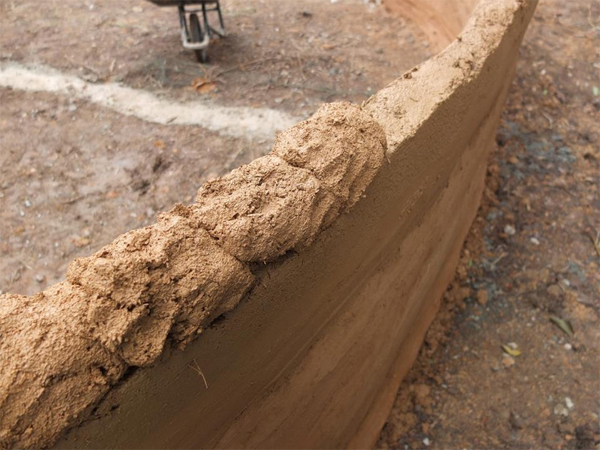 We reported on their adobe retreat center yesterday. Now New Life Foundation is building puddled adobe housing at their center in Chiang Rai, Thailand. This type of construction receives very little attention even though it’s one of the simplest, lowest cost building methods and has been around thousands of years. It’s believed the oldest house in the US — pre-Spanish — was built with puddled adobe. Among other things, puddled adobe would make good interior walls with adequate framing at doors. 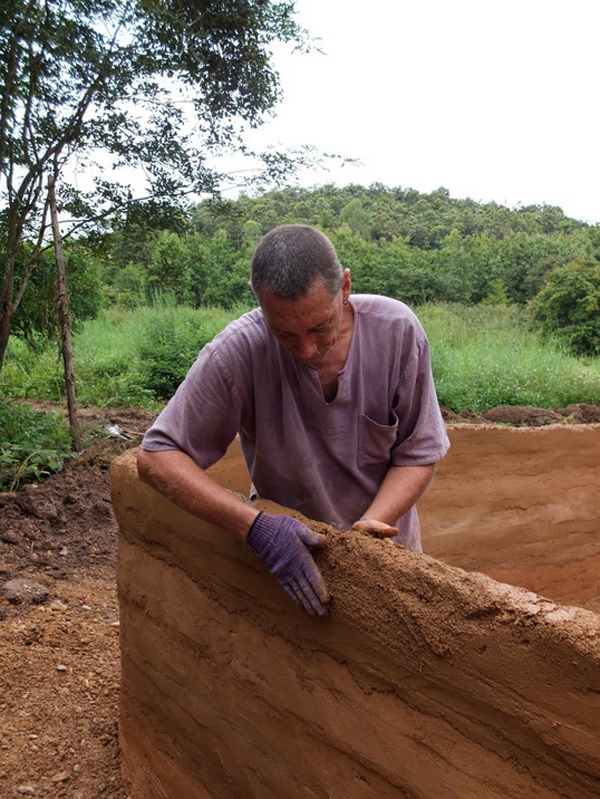 Before the Spanish arrived, Native Americans built their homes with puddled adobe.

“The meditation hall completed, our earthen building project continues with the first of many sustainable, environmentally friendly mud huts that we will build at New Life Foundation. The huts will be for long-term residents, staff, and volunteers, as well solitary meditation retreats.” 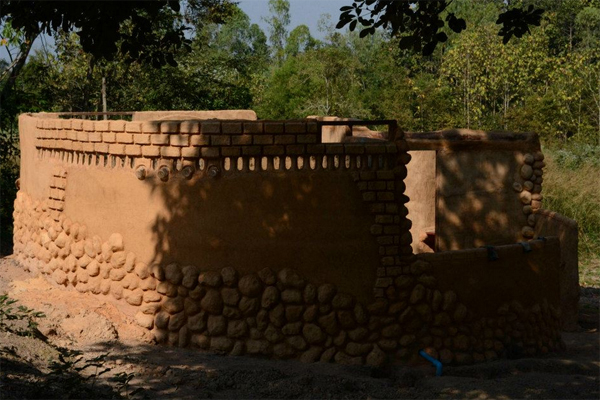 Puddled adobe can be combined with adobe blocks and stone as shown here.