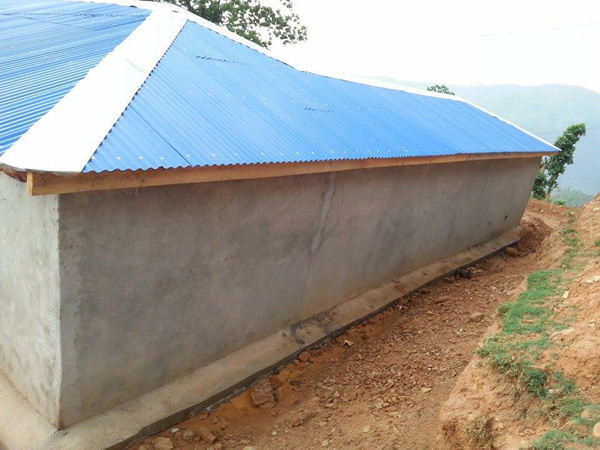 It seems every building in the area was flattened except this new earthbag training center built by First Steps Himalaya.

“The hard-hit district is losing hope despite being so close to the capital. The Arniko Highway coils eastwards from Kathmandu towards the Chinese border at Kodari. Every settlement, every bazar, every village along the way has been flattened.

In town after town, even ten days after the earthquake hit, people are moving about as if in a daze – trying to dig for dead relatives and belongings. The prosperous and once thriving highway markets have been reduced to mounds of bricks and timber.

Sindhupalchok is the worst hit district, with 3,360 fatalities reported so far, almost half of the official casualties. Sanga Chok is one of the worst hit areas in the district with 160 deaths reported just there alone so far. The shaking was so strong at Sanga Chok that both concrete and mud houses have fallen.”

More at the source: Nepali Times.com
Note: I’m pretty sure the recent earthbag training center built by First Steps Himalaya is in this district. As you can see in the photo above it has very little damage.