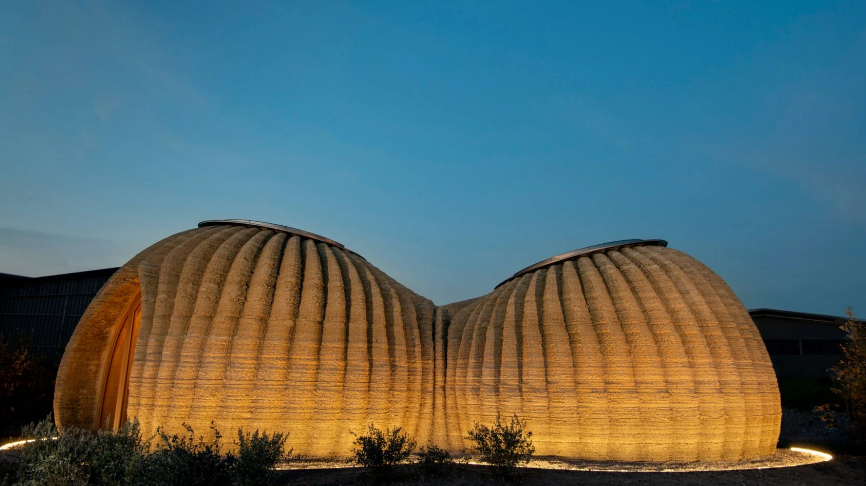 Named TECLA, a combination of the words technology and clay, this home was designed by Mario Cucinella Architects in Italy and was constructed and engineered by Wasp using clay sourced from a nearby riverbed. It is formed of two connected dome-shaped volumes with a ribbed outer wall that is made up of 350 stacked layers. 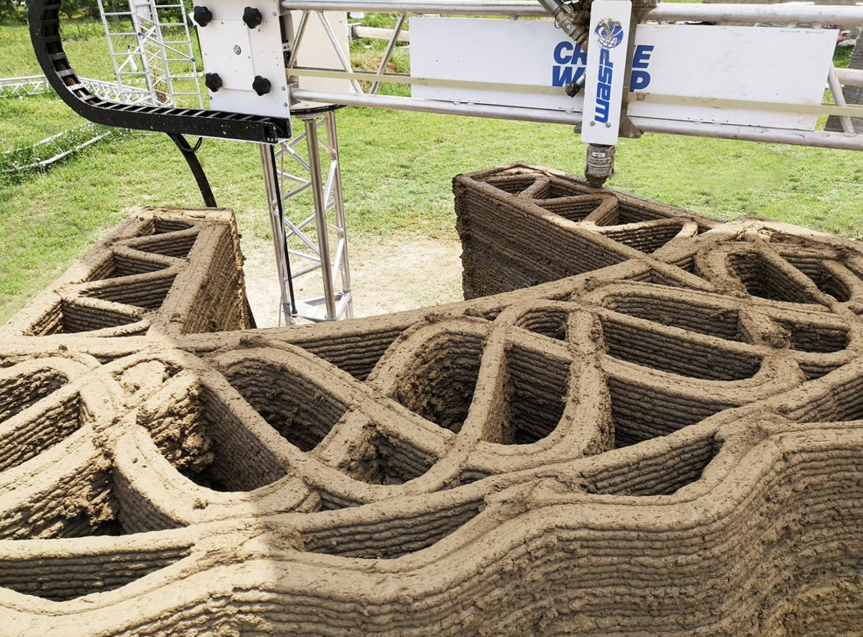 The clay is arranged in undulating layers that not only provide structural stability but also to act as a thermal barrier. 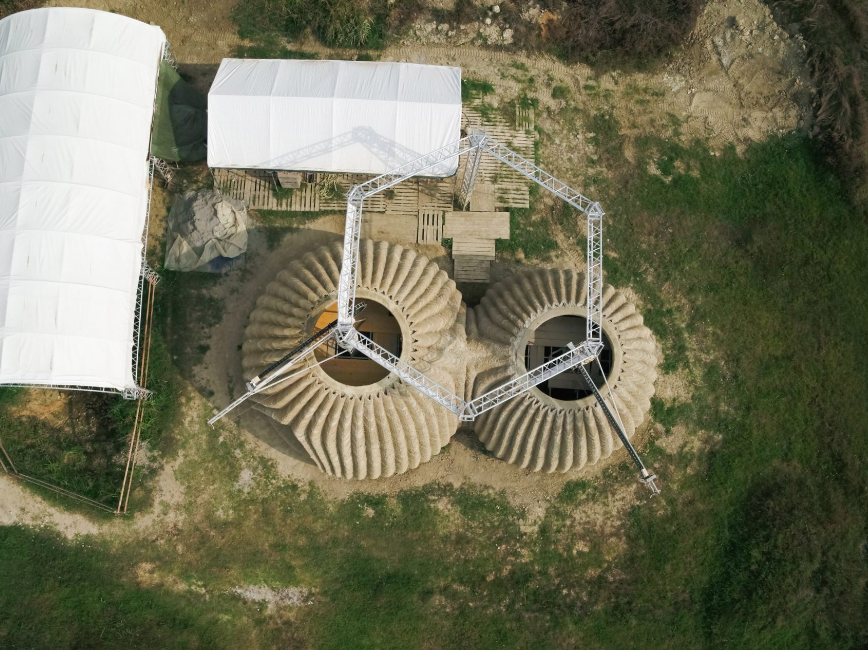 The prototype was constructed using a multilevelled, modular 3D printer that uses two synchronised arms, each with a 50-square metre printing area that can print modules simultaneously. By using this technology, housing can be built within 200 hours while consuming an average of six kilowatts of energy and reducing typical construction waste almost entirely. 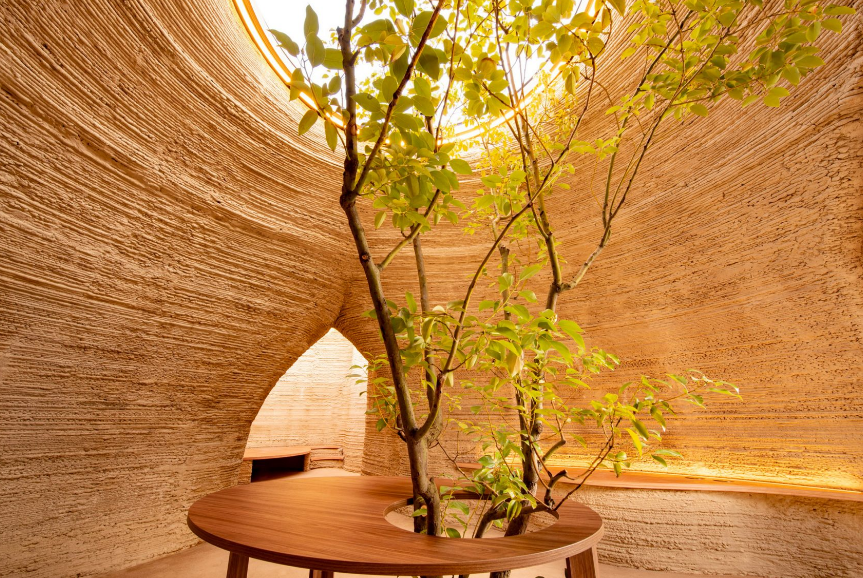 According to the studio, the housing prototype combines ancient building techniques with modern technology to form recyclable, low-carbon, climate-adaptable housing. “TECLA responds to the increasingly serious climate emergency, to the need for sustainable homes and to the great global issue of the housing emergency that will have to be faced,” said Mario Cucinella Architects. “Particularly in the context of urgent crises generated, for example, by large migrations or natural disasters.” 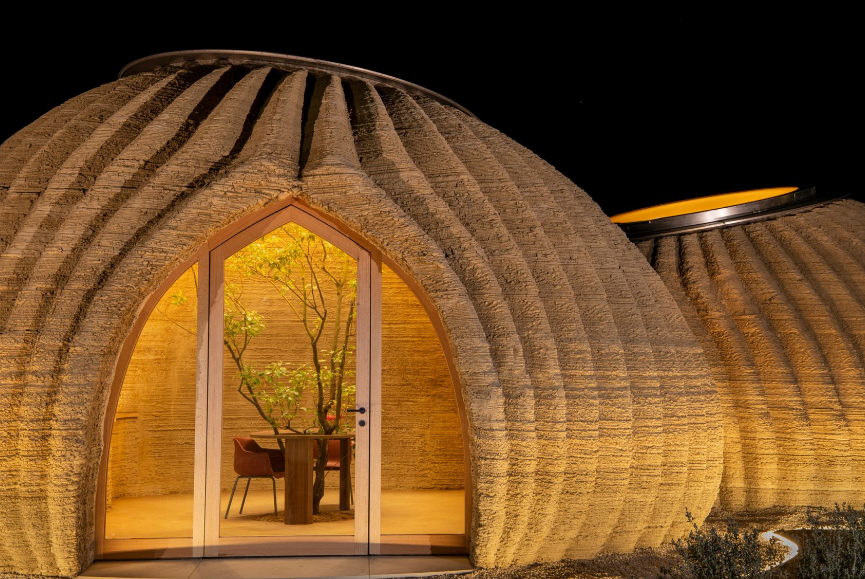 The 60-square-metre structure is 4.2 metres in height and comprises a living space, kitchen and sleeping area and is fitted with services and a circular skylight on its roof. Although mainly windowless, its entrance is marked by a glazed door within a large lancet arch. On its roof, large circular skylights were fitted within its narrowest point allowing light to enter the space throughout the day. 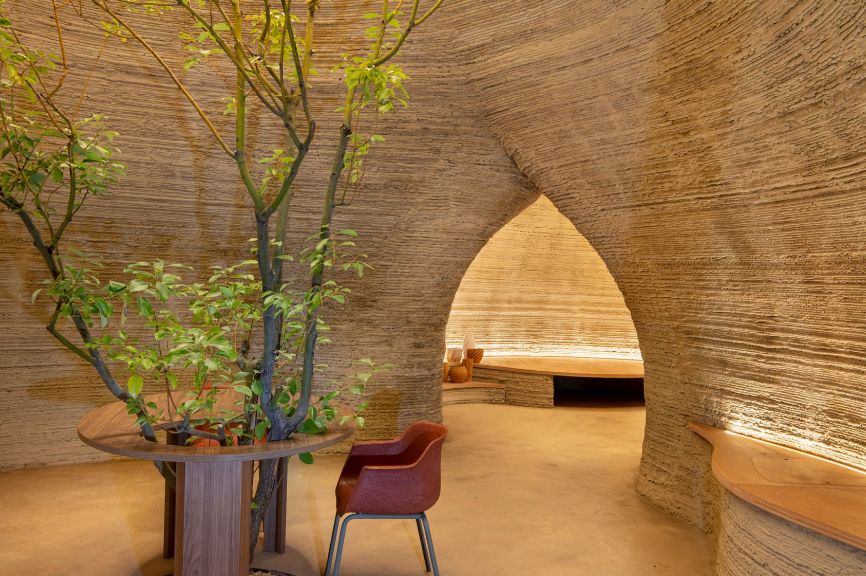 Furnishings were also partly printed using locally sourced earth to unite the space and were designed to be reused or recycled to align with the circular values of the prototype. The geometry of its envelope can be adapted and modified to work with different types of raw earth and respond to a variety of different climatic conditions. 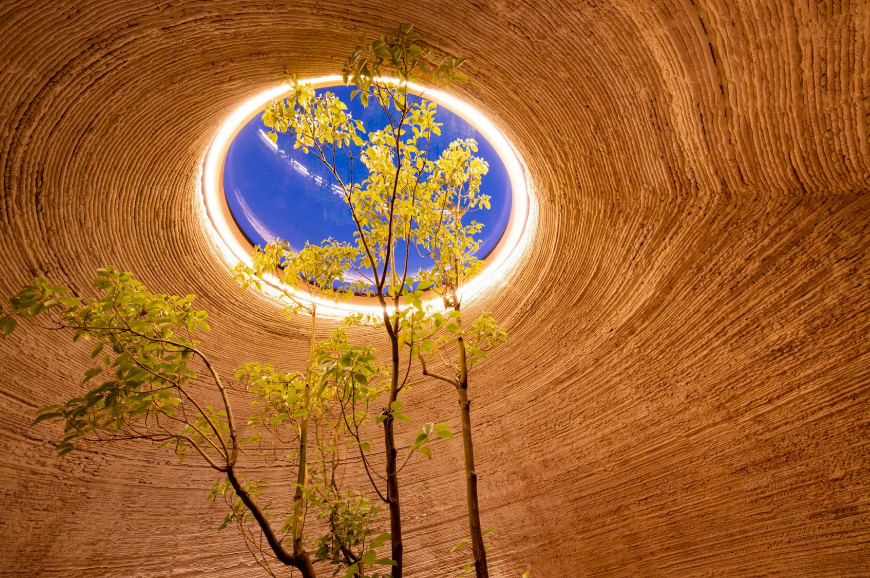 “TECLA shows that a beautiful, healthy, and sustainable home can be built by a machine, giving the essential information to the local raw material,” said Wasp founder, Massimo Moretti.

Photography is by Iago Corazza unless stated otherwise.

2 thoughts on “TECLA 3D Printed Home of Mud in Italy”