I have just returned from an intensive week of immersion in the varied world of natural building at the Natural Building Colloquium in Kingston, New Mexico. The Black Range Lodge hosted this event, the fourth one that has occurred there, and the fourth that I have attended. Between 150 and 170 folks were there, many of them long-time pillars of this diverse community of enthusiasts. 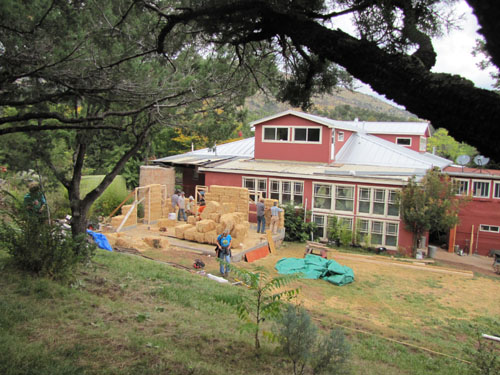 The first Colloquium was in 1995 and was organized as a way to get folks together so they could have time to become acquainted and share information. The idea was that if people had this opportunity it would not only advance the art of natural building, but it might quell the tendency for competing factions to form and create discord or animosity among practitioners. I think that this intention has been realized to a great extent; we really have become a close-knit family that is aligned with the purpose of spreading the word of how the natural building movement can help move society towards a more sustainable future. It was an international event, with representatives from all of the Americas, Japan, Taiwan, South Korea, Nepal and Europe. 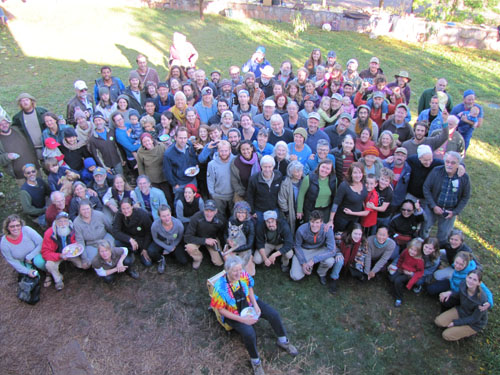 The schedule was jam packed with hands-on workshops, slide presentations, discussion groups, soap box speeches, walks and exercise, and entertainment, all interspersed with breaks for delicious food catered by a capable kitchen staff. There was much more going on than any person could participate in, so we constantly needed to make choices about where to go next. Often people opted to just hang out together and talk. 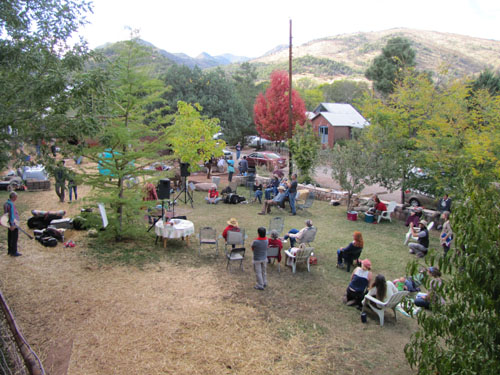 There was room at the Lodge for only a handful of people, so most attendees brought tents for camping. I had my little RV as a personal retreat space. Some evenings I could hear conversation, music and singing around a camp fire until the wee hours. Mostly the weather was quite nice, but there were a couple of days and nights where Mother Nature dumped rain or hail over the scene. This did not seem to bother the family of wild turkeys I saw strutting down the road. 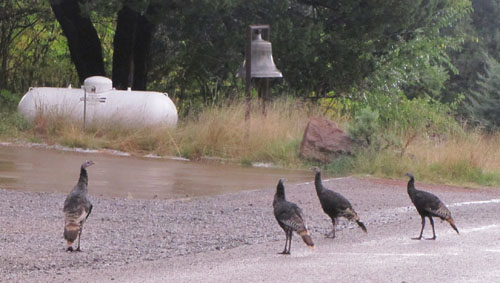 Every morning we gathered in a circle to share highlights of the previous day, general announcements and scheduling to help orient us for the day. Anyone new to the group was introduced. 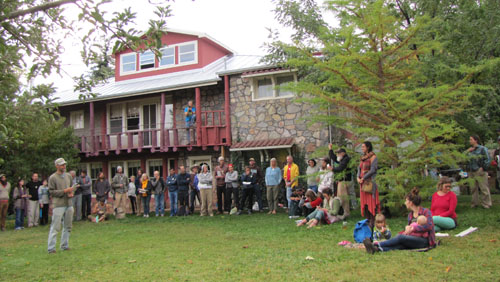 The final day of the Colloquium was open for the general public to join us for a Natural Building Faire, where we provided ongoing demonstrations, presentations, tours, book signings, food, music and dancing. This was a great way to wrap a completely satisfying event. Over the next few days I plan to write more about some of the specifics of my experiences at the Colloquium, so stay tuned for more.

2 thoughts on “The Natural Building Colloquium”