Michael Pawlyn: “You could look at nature as being like a catalog of products, and all of those have benefited from a 3.8-billion-year research and development period. And given that level of investment, it makes sense to use it. So I’m going to talk about some projects that have explored these ideas. And let’s start with radical increases in resource efficiency. When we were working on the Eden Project, we had to create a very large greenhouse in a site that was not only irregular, but it was continually changing because it was still being quarried. It was a hell of a challenge, and it was actually examples from biology that provided a lot of the clues. So for instance, it was soap bubbles that helped us generate a building form that would work regardless of the final ground levels. Studying pollen grains and radiolaria and carbon molecules helped us devise the most efficient structural solution using hexagons and pentagons.” 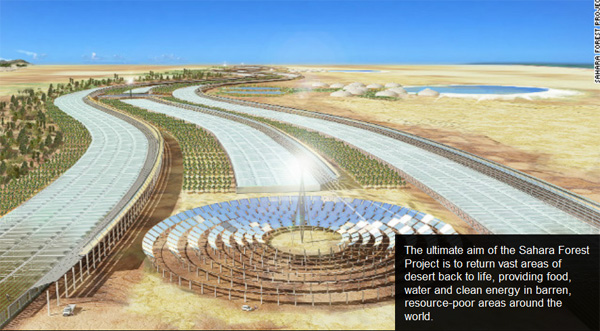