As part of the Silver City Clay Festival, Jeff Leblanc conducted a three-day cob workshop on his property, introducing the attendees to the basics of building cob walls and plastering them. There were nine participants, most of them thinking that they might well utilize cob techniques in building a residence.

Jeff has lived in the region for over 25 years and built his own 2000 plus square foot home with cob. The wall they worked on was part of a courtyard adjacent to some commercial property he owns, near a busy highway. The former owner had started building a straw bale wall that was never finished and needed to be replaced. Jeff hoped that the new cob wall would diminish the traffic noise inside the yard; he intended to make it about 6 feet high. When I stopped by the workshop the walls were already a few feet up. 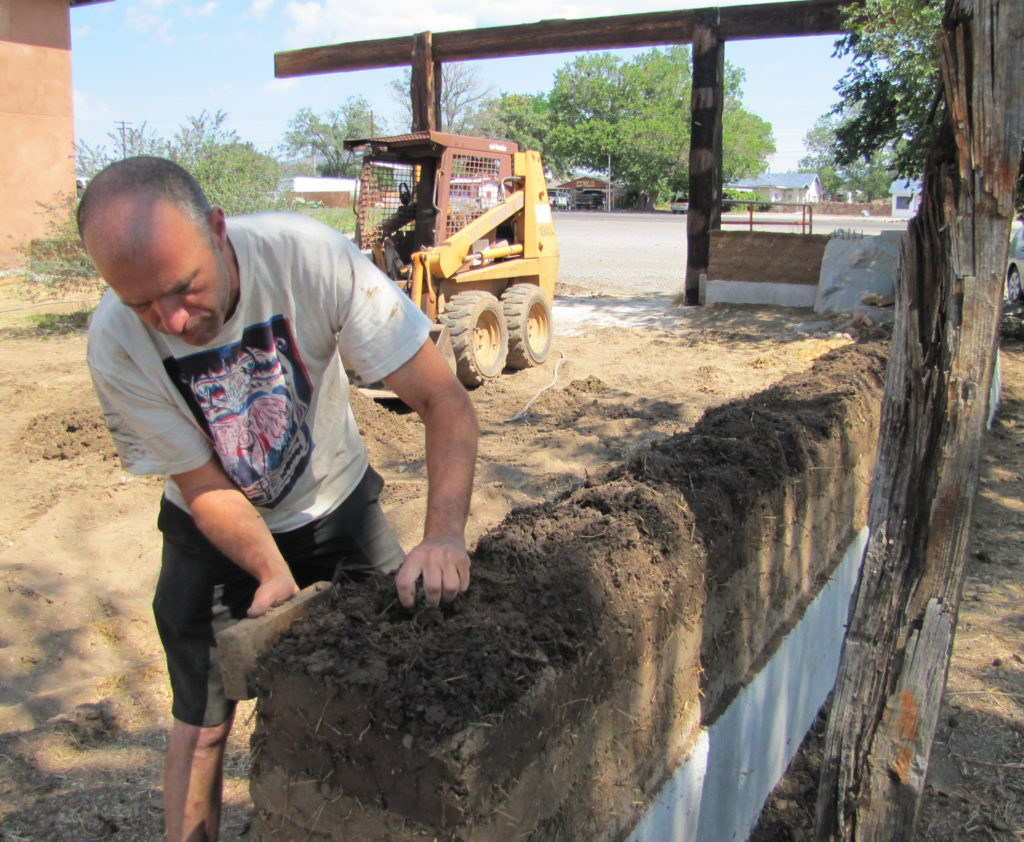 Jeff’s approach to laying cob is to mix the damp clay/sand/straw with a small loader and then transport it to the top of the wall by hand. He uses a rather energetic technique of leaning into the work with one hand while applying side pressure with small 2X4 wooden block. This looked like a tiring process to me, but the result was a very nicely flat and uniform surface.

I was pleased to see this age-old natural building technique being taught by such an experienced practitioner and that so many people wanted to learn about it.