Recently Kimi Ishikawa posted this comment on the blog post about building their tire bale house in New Mexico:

I have come to think that tire bales act as insulation, and that tire bale walls are considered thermal mass only because of the covering of earthen plaster or concrete stucco. What are others’ take on this, and do you have any sources about this? I am utterly unqualified to speak on this subject, so the above is just my guess. If anyone out there has better or more authoritative info, I would love to hear it, and to hear the source or background of the authority… when I look online for references I see a mix, or I see quotes saying that tire bales offer both thermal mass and insulation.

The confusion might be compounded by earthships, in which individual tires are pounded full of dirt. So wouldn’t that be thermal mass (dirt) surrounded by insulation (tire rubber)? I have leaned against our (so-far uncovered) tire bale walls on sunny cool days, expecting them to be warm in the sun and cool in the shade… but they just seem cool…

(I suppose I shouldn’t care just as long as they work as hoped once our house is finished — it’s just the nerd in me that wants to use the terms accurately.) 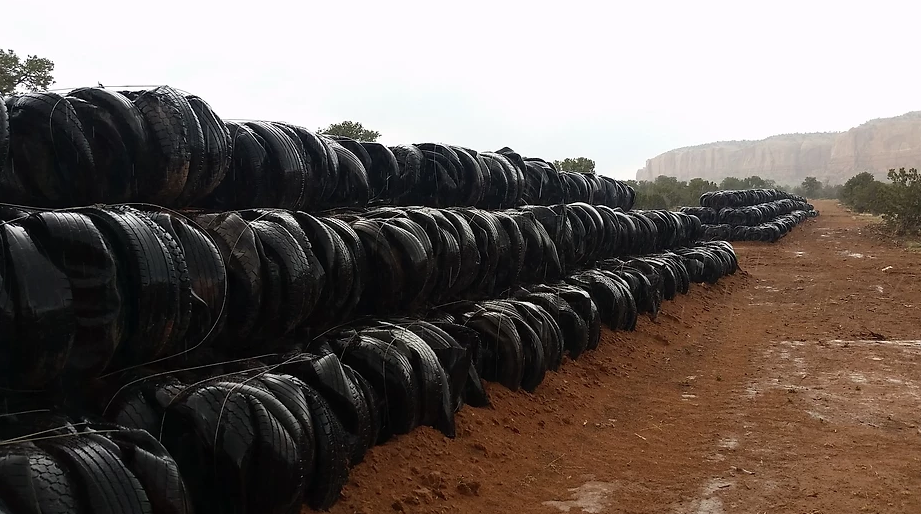 This is my response:

I think you are right that tire bales would be more insulating because of all the trapped air in those huge bales; the tires used in Earthships are packed with soil, which is pretty good thermal mass.

All of this is mitigated by how a material performs within the envelope of a structure, so it can be confusing for people who might experience adobe as insulating because it effectively stops heat from entering the building for a period of time, even though it is really thermal mass and will radiate that heat back into the building after several hours.

3 thoughts on “Are Tire Bales Insulation or Mass?”