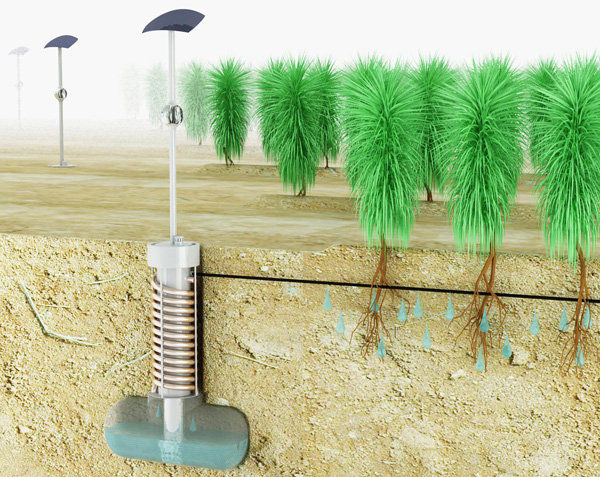 The AirDrop irrigation system extracts moisture from the air.

Developing efficient methods for extracting moisture from the air (condensing atmospheric humidity) has long been a goal of scientists and engineers. The AirDrop irrigation system by Edward Linnacre is one of the more recent inventions for extracting water from the surrounding air.

“The AirDrop works like a refrigerator or an air conditioner. But whereas water is just a byproduct in the other two devices, it’s the main output in this instance. An air turbine intake near the top of the device sucks air in, which is then cooled by the surrounding soil as it passes through the copper tubing to facilitate condensation. The collected water is then pumped out through a semi-permeable hose to the roots of plants. The parts that need power – the turbine and the pump – get their juice from a battery, which in turn is charged by the solar panel on top of the device.” 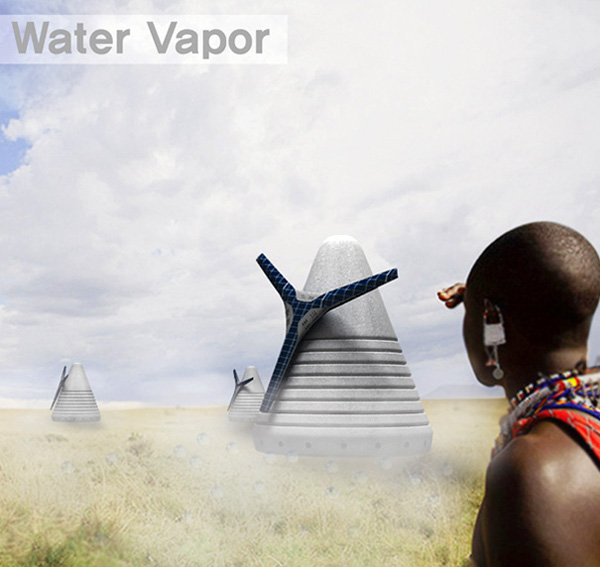 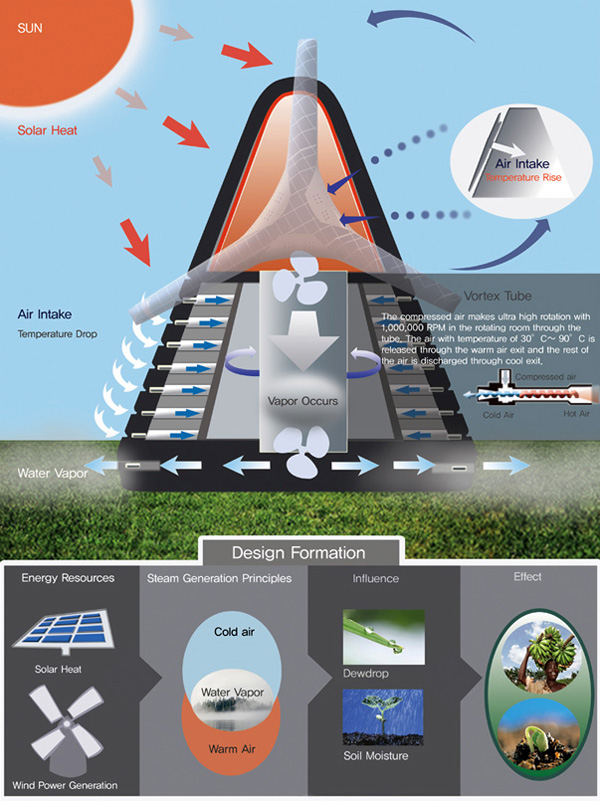 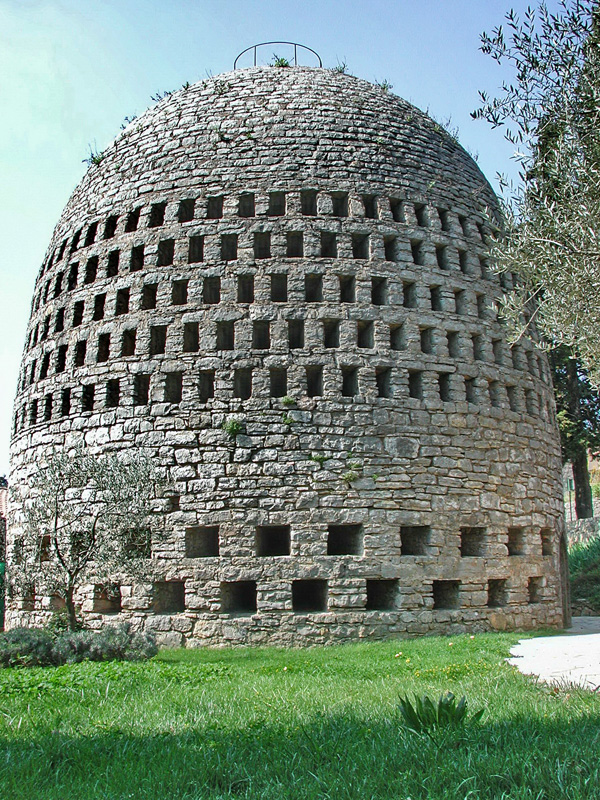 The unique air well structure by Achille Knapen was described in Popular Mechanics Magazine, thus: “The tower… is about 45 feet tall. The walls are from 8 to 10 feet thick to prevent the heat radiation from the ground from influencing the inside temperature. It is estimated that the aerial well will yield 7,500 gallons of water per 900 square feet of condensation surface.” Note: the walls could be much thinner and thereby much less resource and labor intensive if made with earthbags, because earth doesn’t conduct heat as rapidly as stone. Add vent tubes instead of building square vents. The exterior could be plastered or covered with one layer of stone on top of rough plastered earthbags.
Source: Water – Think About it
Dew Bank
WaterCone (sadly delayed for years)

Dozens of other similar inventions for harvesting water from air are described at ResResearch.com — Airwells, Dew Ponds and Fog Fences
(seems like a comprehensive directory of information on the subject)