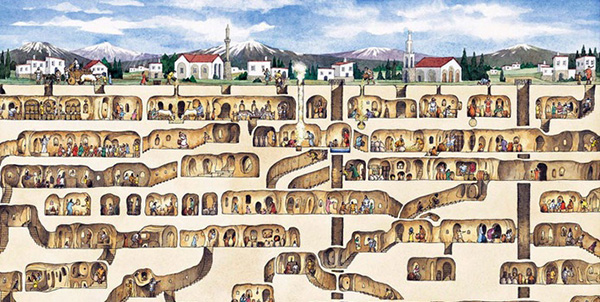 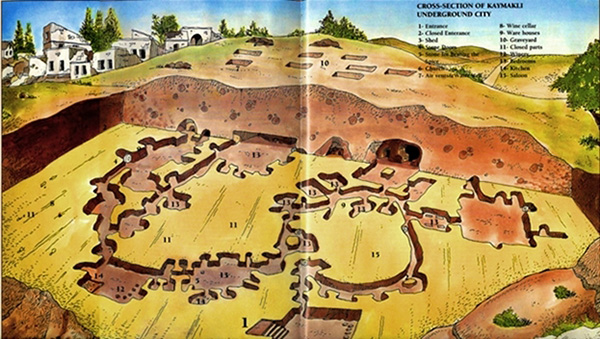 Overhead view of the underground cities of Cappadocia

As I reported in the previous blog post, the underground cities are quite complex. They’re filled with kitchens, ventilation shafts, store rooms, animal pens, etc. so that 20,000 or more people per city could live for months at a time if needed.

Image 1: Underground Cities of Cappadocia http://www.fazturkey.com/show/1358/underground-cities-of-cappadocia.aspx
Image 2: https://www.goreme.com/kaymakli-underground-city.php
With soft stone, a pneumatic drill and a conveyor belt it would be practical to build a small underground home. This has been done in modern times. But chiseling and removing rubble by hand would be very hard, slow work. To build cities by hand would take thousands of workers decades or centuries.