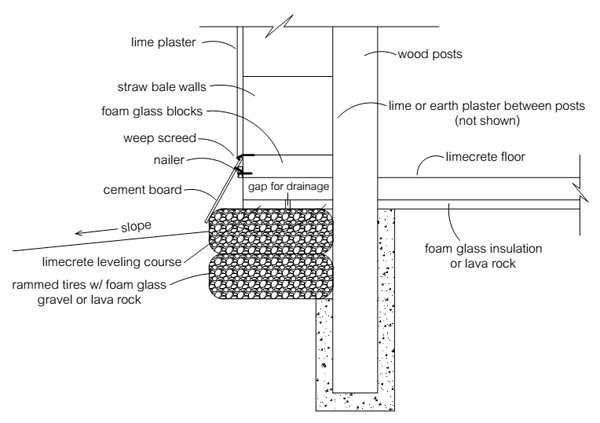 Yesterday’s blog post was about the foam glass insulation we plan to use on the Wiki Natural House. Today we’re giving a sneak peak (first draft) of the foundation design. The primary design considerations are low cost, owner-builder friendly, minimal cement, must withstand cold and wet climate (insulation is key), must align with thick straw bale walls and meet UK building codes. That’s a pretty tall order. Many of my designs are for rural areas with few or no codes. In this case, we have to put a little more effort into workable solutions.