According to Orin Hardy, founder of bamboo training course Bamboo U, “There was a time when nobody would want to be seen to live in a bamboo house.” In the heart of the Balinese jungle, IBUKU’s fairy tale headquarters offer a window into the future of bamboo construction: multi-story, open-air housing with electricity, water and modern amenities. 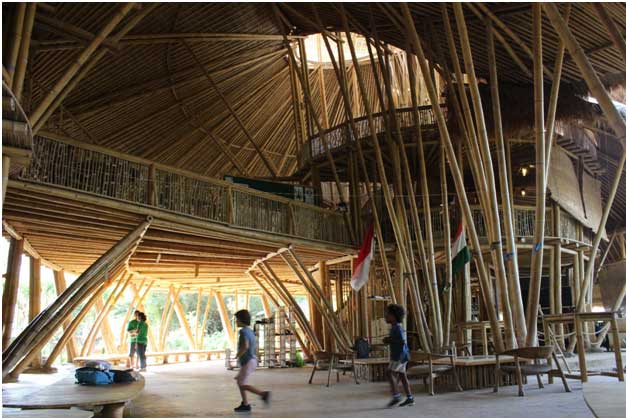 Founded in 2010, IBUKU’s team of designers, architects and Balinese bamboo craftsmen have created hundreds of structures, many of which are now famous as part of the iconic Green School and Green Village.

IBUKU has teamed up with Bamboo U, to provide courses in bamboo construction. Although the strong, sturdy dendrocalamus asper is the bamboo of choice for much construction in Bali, IBUKU also use other species for secondary structures, or for decorative use: the wavy, irregular bambusa blumeana, for example, provides a playful addition to balcony railings. It is this willingness to work with nature which Orin hopes to inspire in Bamboo U: “It’s about creating an understanding of the place you’re in… The built environment has become so important. We need nature to be in the built environment. We’ve sacrificed all of that spontaneity and creativity in the name of function.” 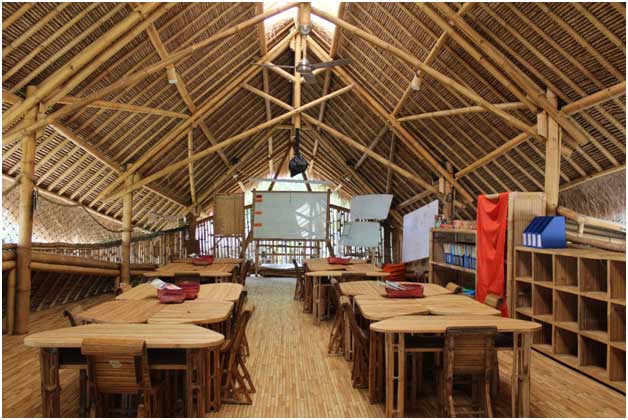 Balinese bamboo carpenters know which poles to pick and how to use them. These craftsmen teach participants about traditional bamboo joinery and assembly methods, using hand tools and techniques which they have used from a young age. For Orin, it’s these bamboo carpenters who “really make the magic happen”, and their interaction with course participants “is an essential part of our Bamboo U ethos.” 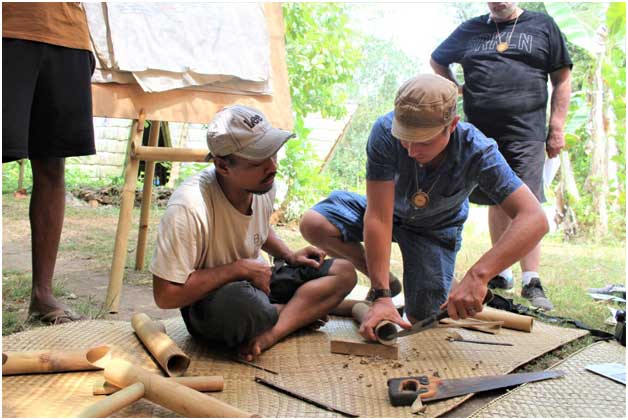 INBAR has helped to bust the myths about bamboo construction across its network of Member States: last year, Ecuador confirmed it would integrate bamboo into its huge ‘A House for All’ program, and in 2017, the government of Nepal approved the first design for an earthquake-resilient bamboo school. 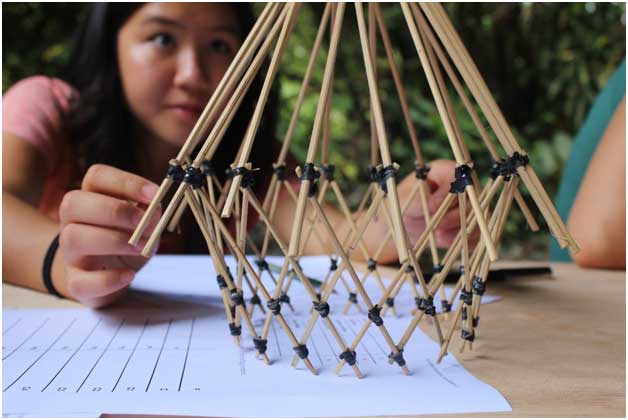 According to Charlotte King, from INBAR, “The role of bamboo construction has never been more important. We know that around 70 per cent of global greenhouse gas emissions come from infrastructure construction and operations.

You can read the original article at www.ipsnews.net