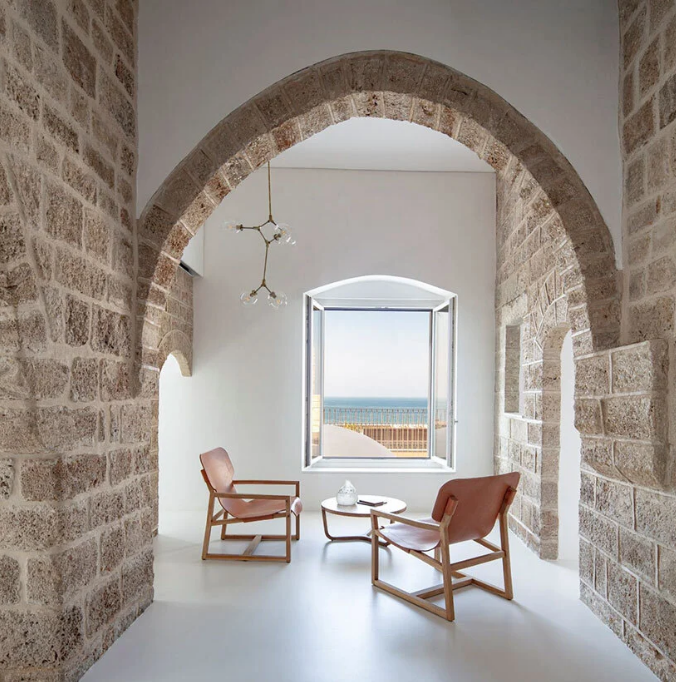 A heritage sandstone building in old Jaffa, Tel Aviv, Isreal was renovated by architects Raz Melamed and Omer Danan. The revitalized dwelling faces the waves of the sea right at the entrance to the old city. 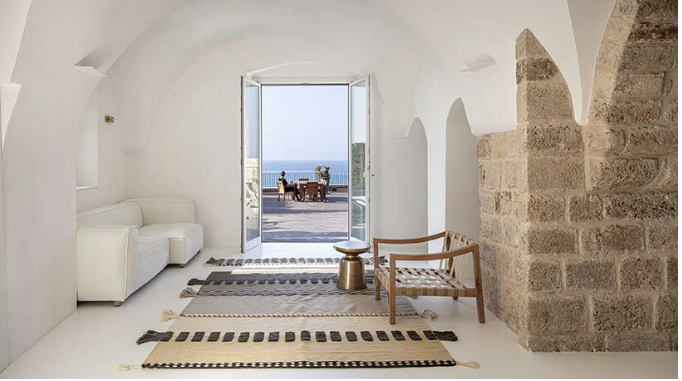 The house was designed for a young couple and their two children, who had already lived there for many years and knew the home’s every need for improvement. 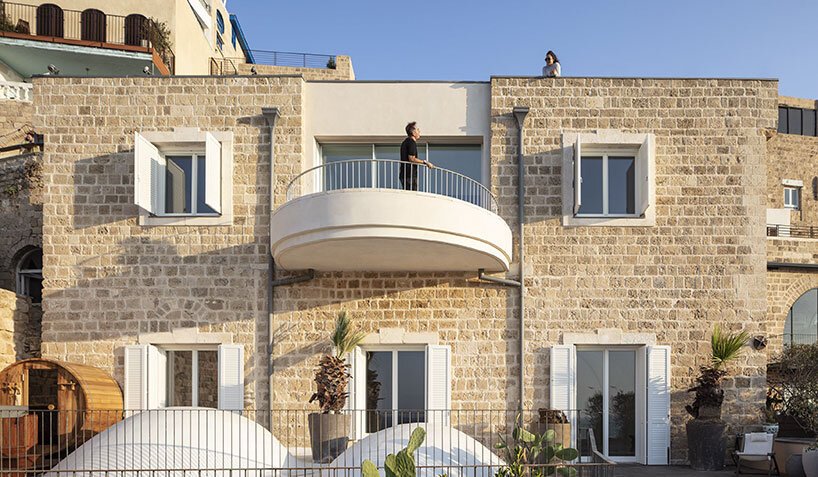 The house is built in a grid with the ground floor being divided into six units using columns and domes, with no levels or changes in ceiling heights. The facades of the other houses in the neighborhood also feature traditional construction with antique walls, arches and domes, which is why in the the tenants sought an interior-only renovation so as not to disturb the traditional stone exterior. 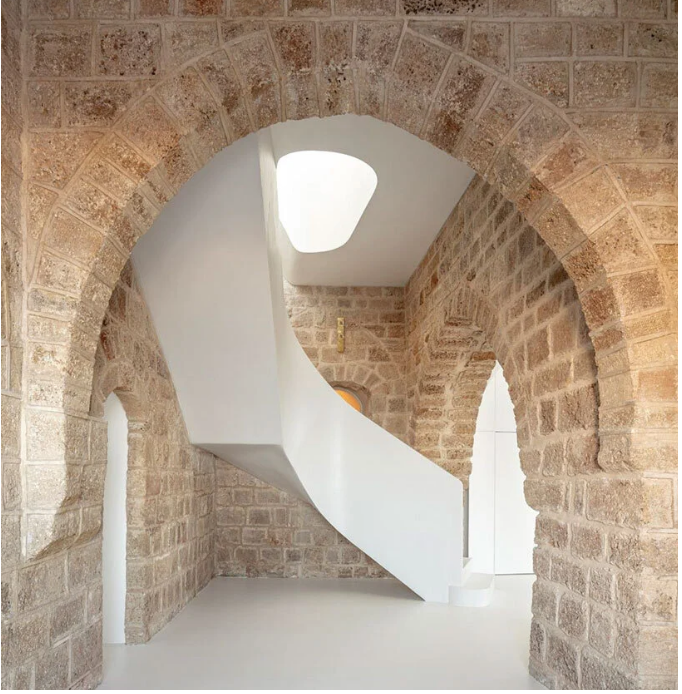 The interior of the house in its redesign presents a play between traditional and new, smooth and rough, plaster and stone — in the original construction the house was covered entirely with sandstone that adorned its walls and arches. During the renovation, selected areas of this sandstone were plastered over, creating areas that are contemporary and clean. The white plaster mimics the feeling of the sea and creates a feeling of serenity. 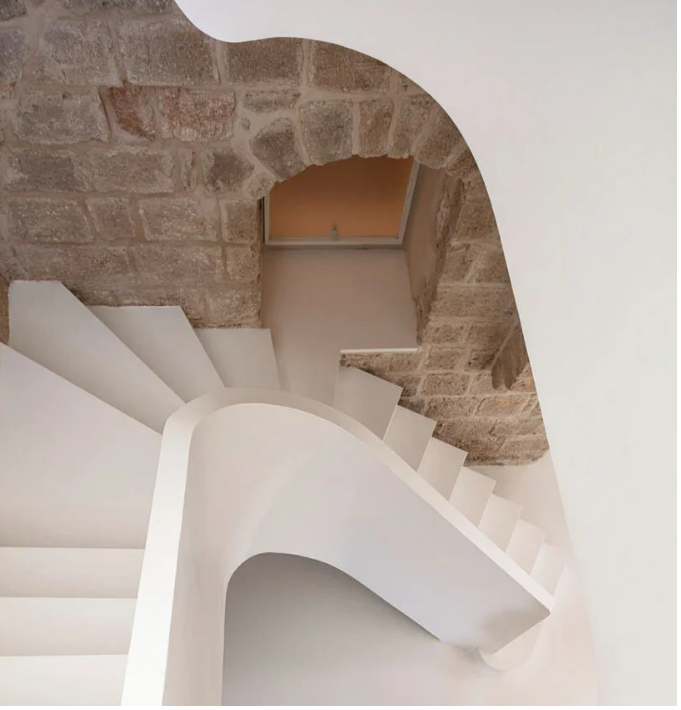 You can read the original article at www.designboom.com