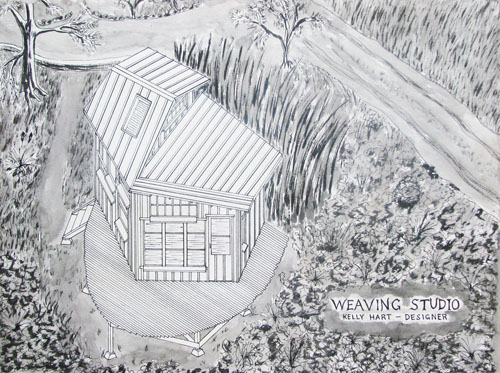 In the early 1970’s I was commissioned to design and build a small weaving studio on property located along the coast in Bolinas, California. The client was a weaving apprentice with my sister, who was living on rented property with her family. There was room on that property to place a small studio separated from the main house, and that is where she wanted me to build the studio. Obviously it would be foolish to place a permanent structure on rented property, so I suggested that I design it in such a way that it could fairly easily be dismantled and moved elsewhere if necessary. She liked the idea, so that is what I did.