A Cold War–era missile silo base in Eskridge, KS on 32 acres was converted into an underground home and has come on the market. It was built as an Atlas E missile structure in the early 1950s and was operated by the Air Force in the early 1960s, but was decommissioned in 1965 in favor of newer technology and more robust facilities. 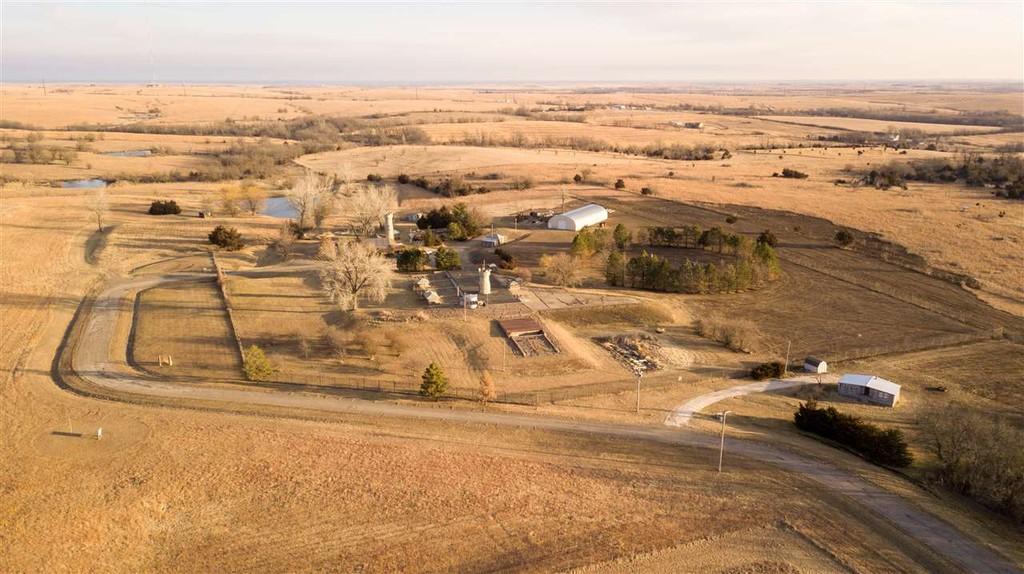 Built to withstand bomb blasts, it is made up of epoxy-resin concrete and heavy rebar. The current owners purchased the property in the early 1980s. It had been vacant for some time, with some areas filled with as much as 8 feet of water, but the current owner did his due diligence before purchasing. He explored the underground space with a canoe and flashlight, even diving in, before deciding to take on the project. 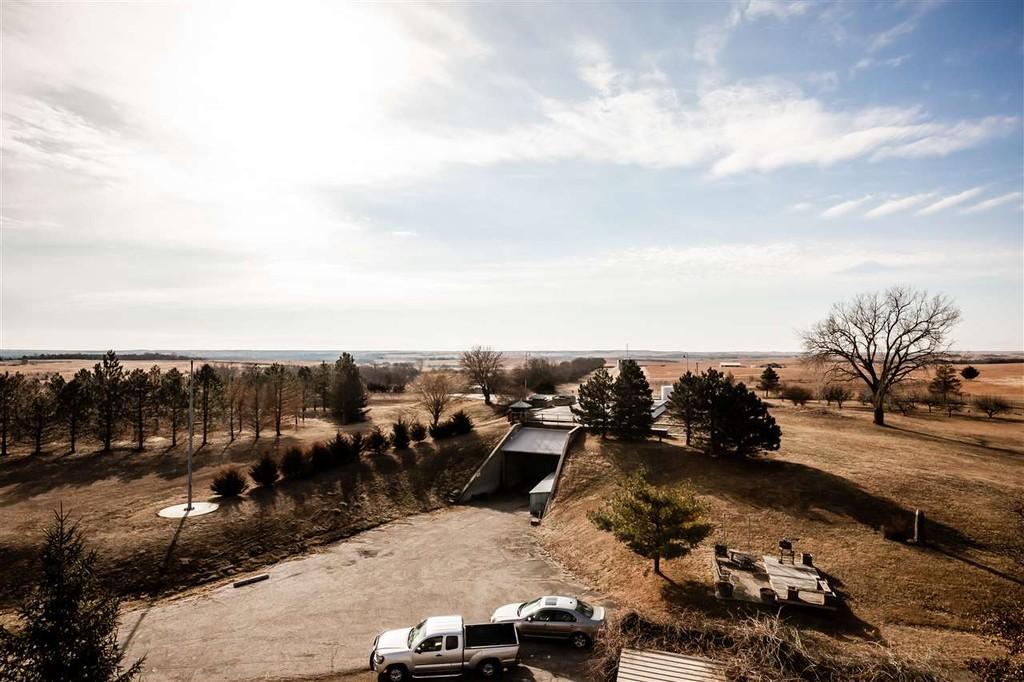 After the purchase, the first priority was to dry out the space. It took a high-powered water pump 22 hours to drain over one million gallons of water and then took 80 wheelbarrow trips to clear the space of mud and gunk. Once the area was cleaned out, the owners got to work to build their underground lair. The underground portion includes living quarters, a workshop, and an event space. The 47-ton blast door leads to the site that housed the missile, which is now used as a workshop. 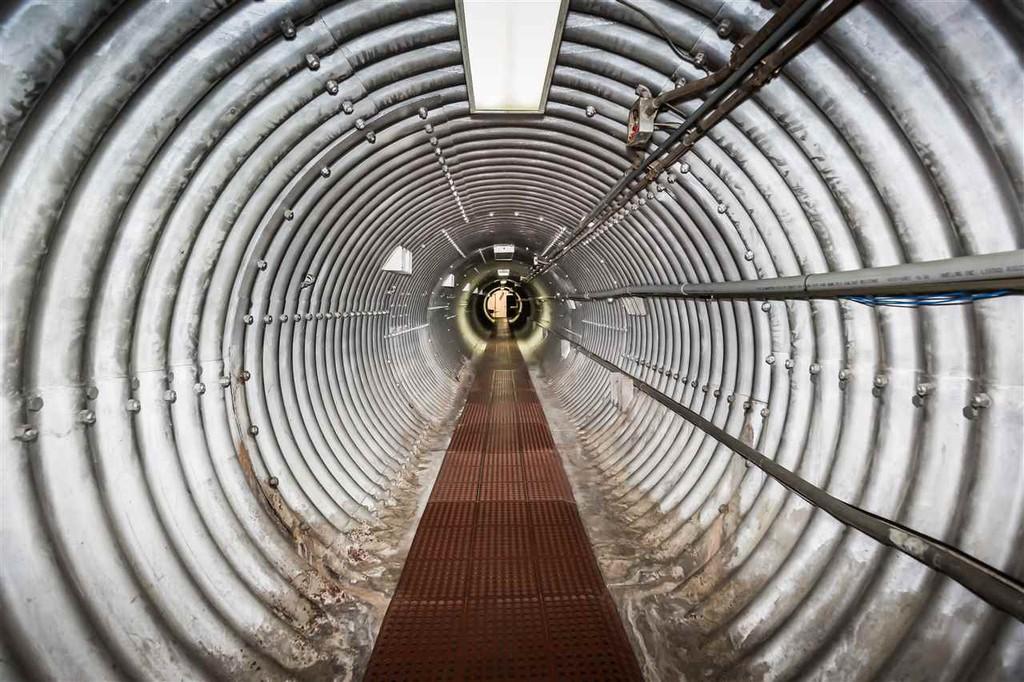 An underground tunnel connects the workshop to the living quarters. 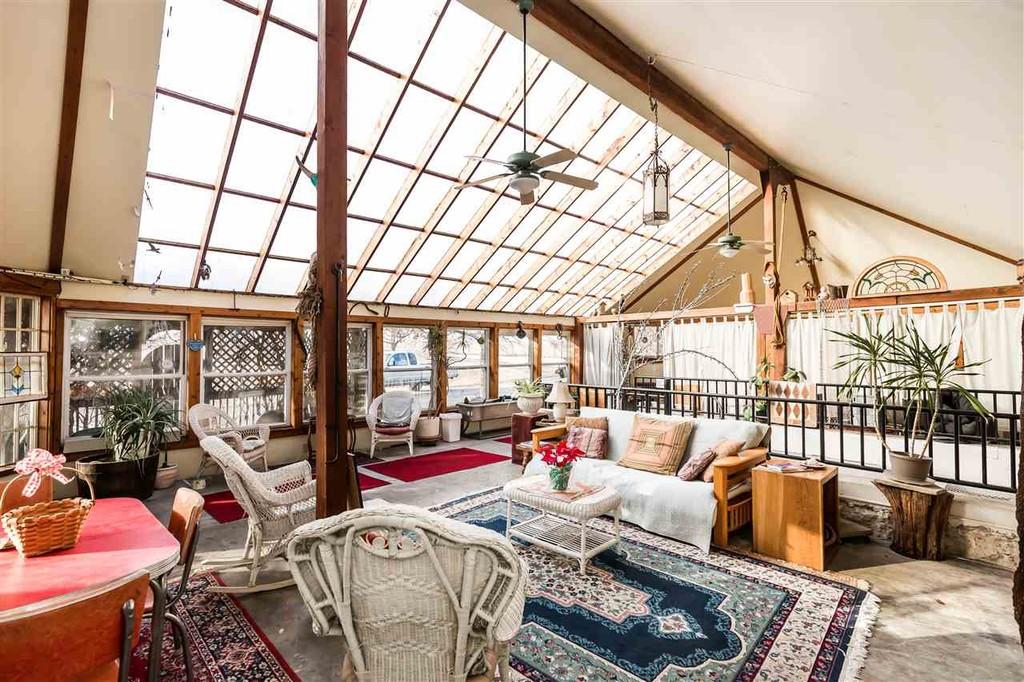 There’s plenty of sunshine in the above ground one-bedroom residence, which before the pandemic,  was busy as a popular Airbnb. 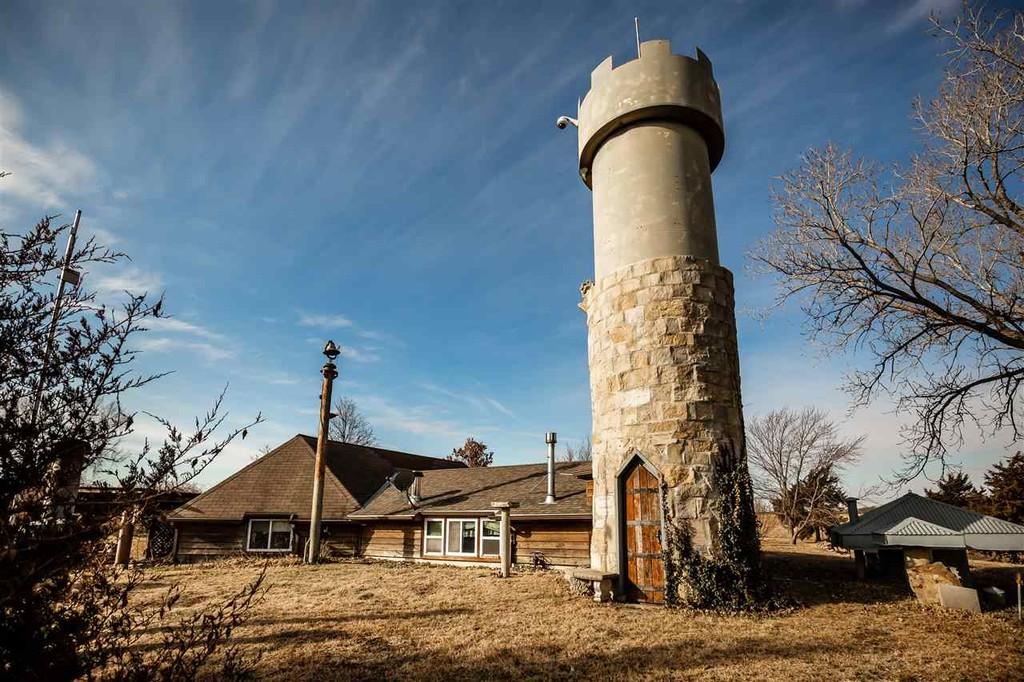 Also above ground, the property features two lookout towers designed like castle turrets, a Quonset building, a 450-foot caretaker cabin, and even a Stonehenge-like ceremonial stone circle with a fire pit, used for outdoor events. There is also a pond, orchards, and garden spaces, as well as a passive solar greenhouse with a hot tub. 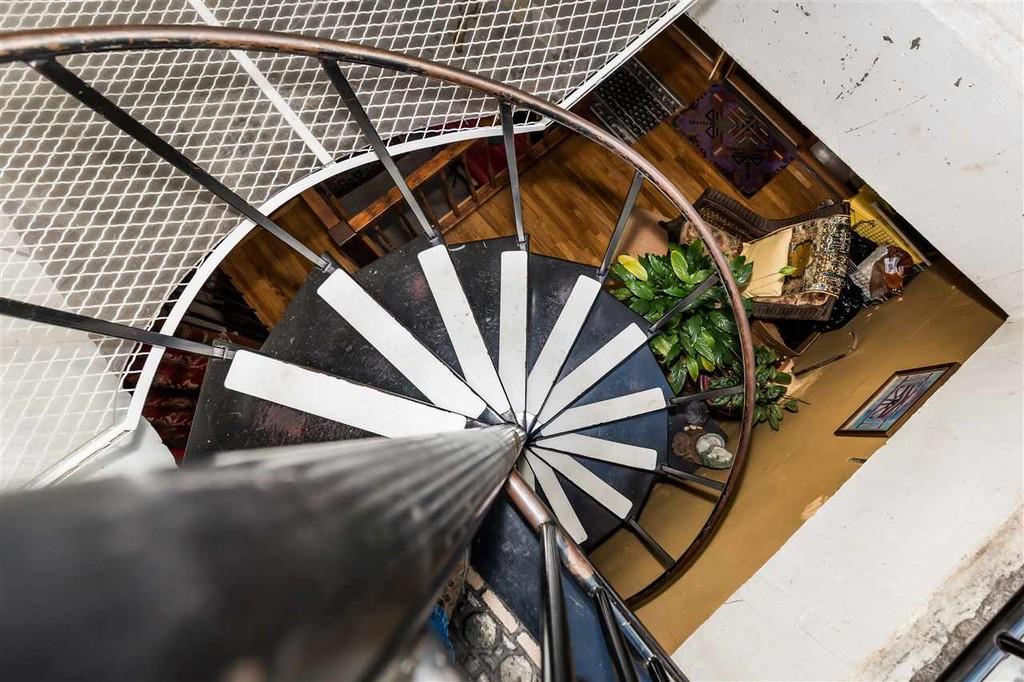 A spiral staircase descends to the underground living area, which has a stage, great room, two kitchens, a dining area, four bedrooms and two bathrooms. 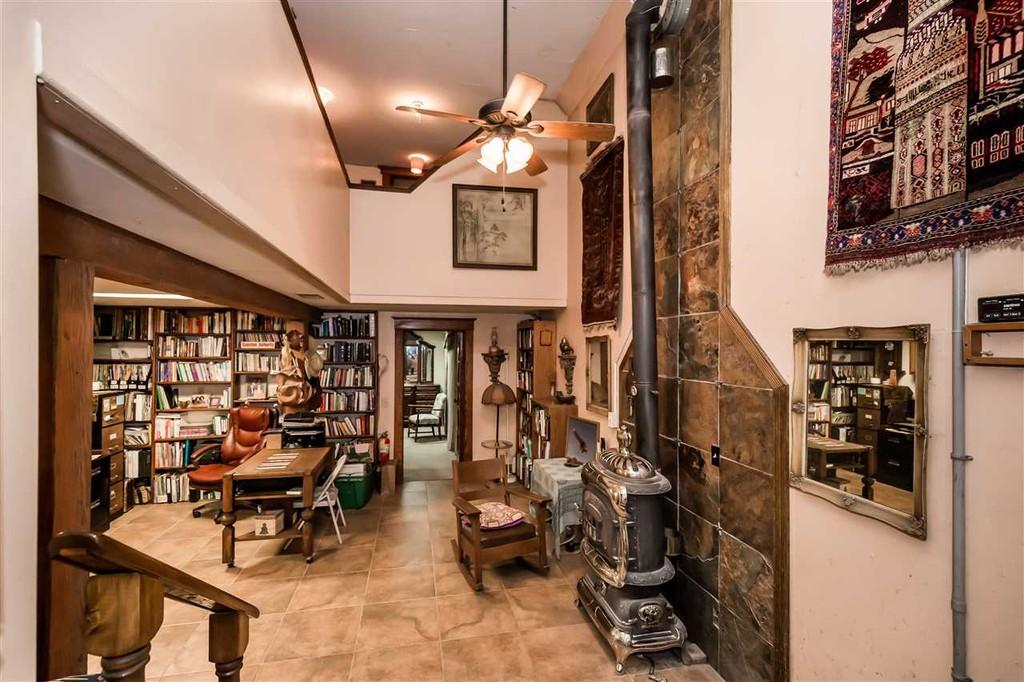 A wood-burning stove warms the space. Air conditioning is unnecessary because of the underground location. 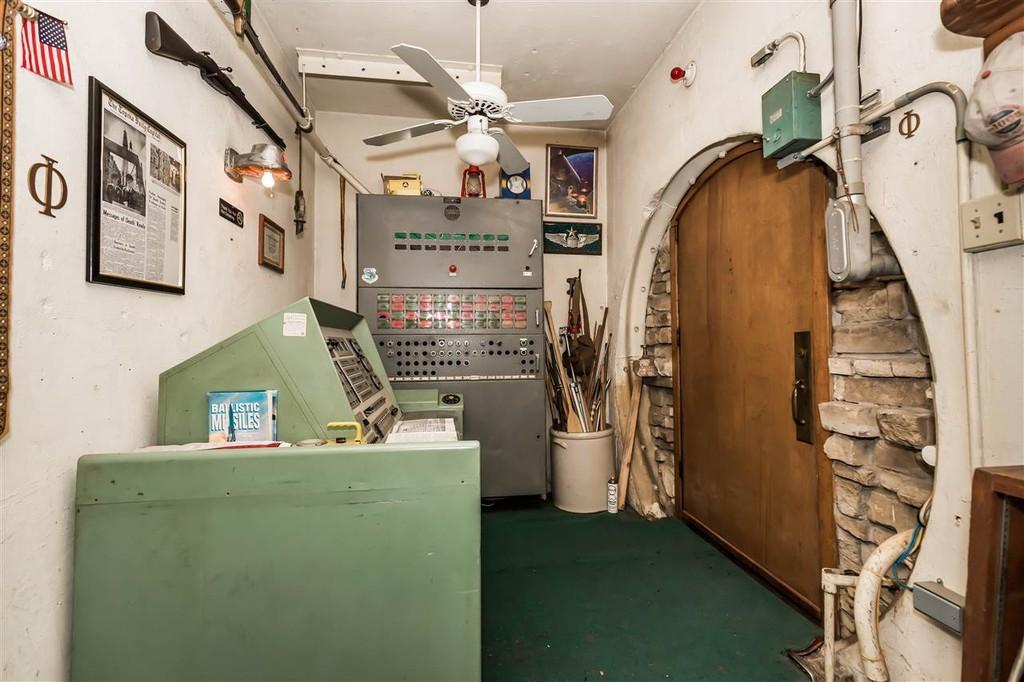 The owners have preserved the control room, signage, and other artifacts from the structure’s former life as a military outpost. 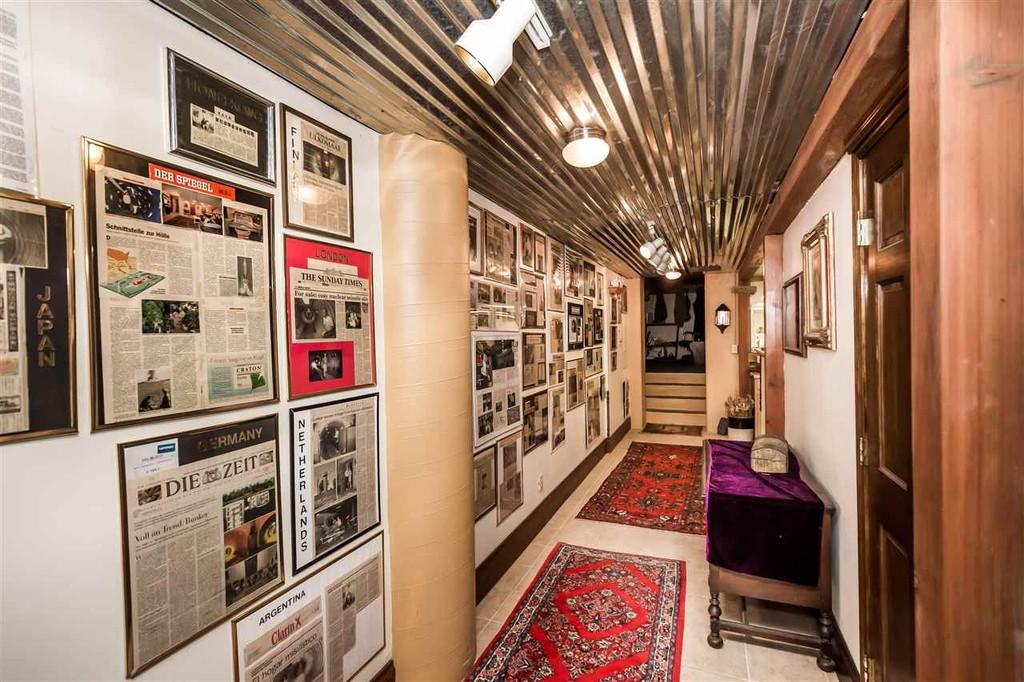 A hallway showcases news clippings from years past about the offbeat domicile. 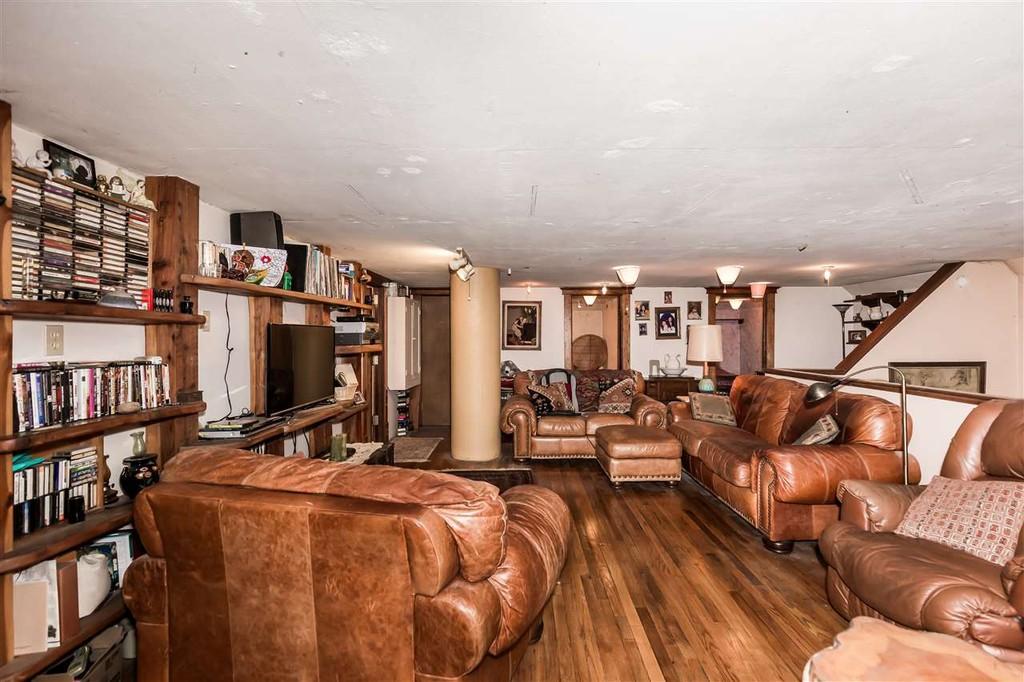 The sellers are at an age where they are ready to downsize and simplify, and it’s now time for a new chapter, with new owners. 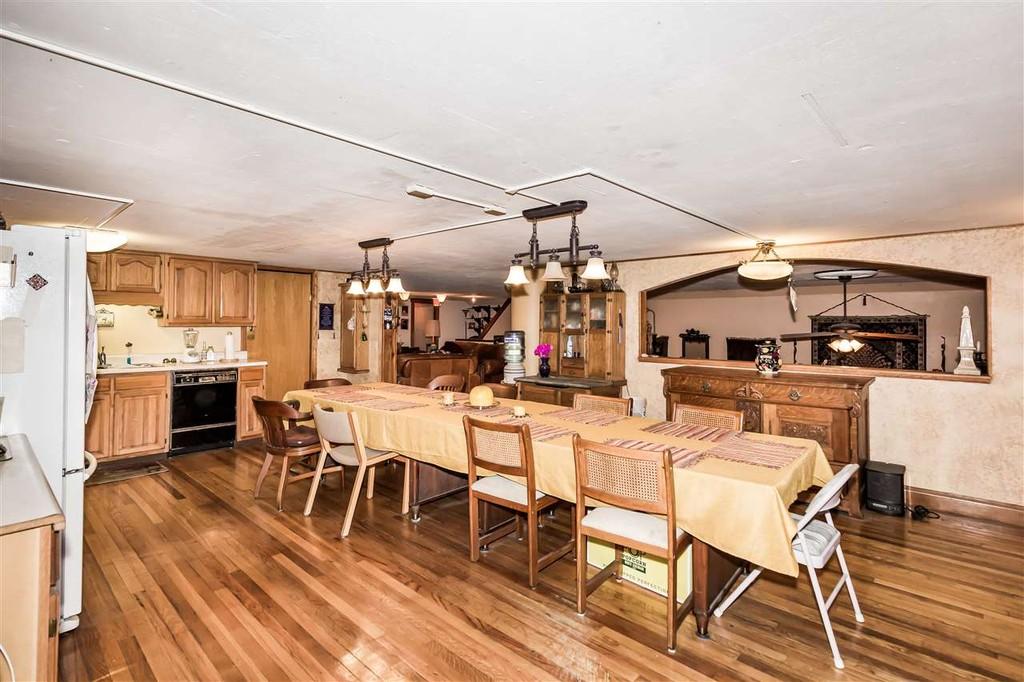 Once you head down the stairs and underground into the former silo, “There’s no cell service. There’s no windows,” the listing agent says. “You’re in your own little world.”

3 thoughts on “Underground Home Recycled from a Missile Silo”