A week long straw bale workshop near Ann Arbor, Michigan had 43 participants. “Building a straw bale home isn’t much different than a conventional home,” said Andrew Morrison, who created the workshop. “It uses regular foundations and floor frames, with posts and beams, and from there, workers stuff straw bales into the walls instead of synthetic products like foam. Once the bales are placed between the frames, they’re wrapped in mesh, sewn together and shaved down. Then three layers of plaster are applied, concealing and protecting the straw,” he said. 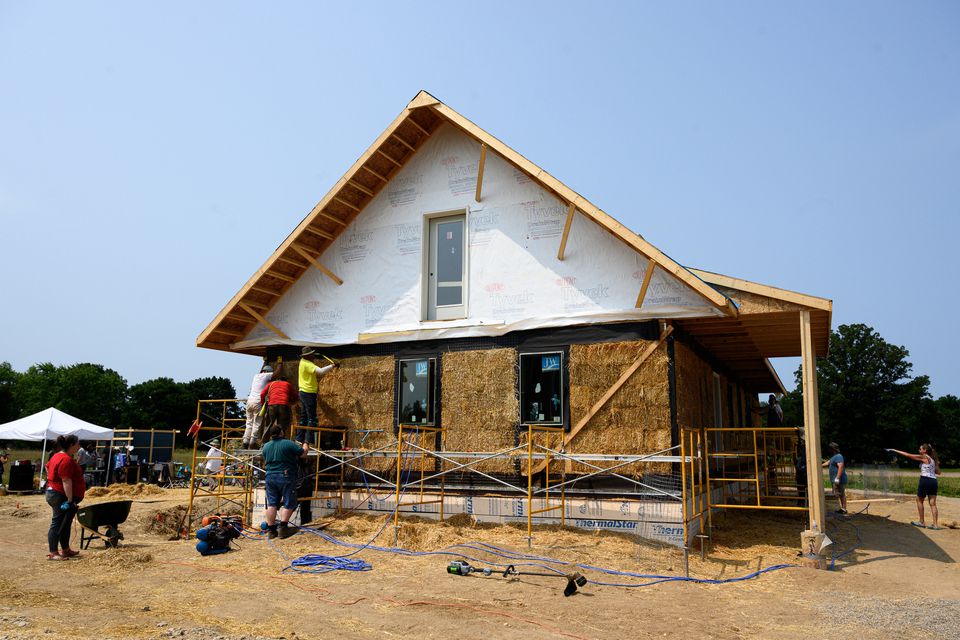 “I’m passionate about natural building,” workshop participant Bruce Curtis said. “I can’t stand how houses have been built for generations and the waste of energy, especially with global warming — the houses aren’t helping us with their gas usage.” 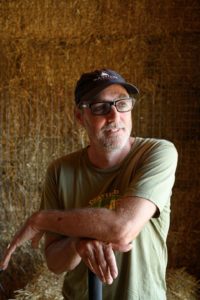 Andrew hosts six straw bale construction workshops per year and participants travel from around the world to attend. But he doesn’t want to just build houses. He wants to build a community, Morrison said. During the week-long workshop, participants eat meals together and camp near the site. After nine hours of work, they gather around the fire to eat, drink and play music.

“There’s something about building a community,” Morrison said. “That’s something lost in general construction. The idea of getting people together like this and working together and sweating together to create something beautiful is important.”

There are no conventional heating or cooling units in the straw bale house they worked on. The roof and windows are strategically designed to keep the home cool during the summer and warm in winter. A masonry stove helps in winter, along with hot water tubes running through the floors, heated by rooftop solar panels.

“It’ll cost you more to build it, but when you live in it for so many years, you’re saving 75 percent on heating and cooling per year,” Morrison said. “If you live in an area that gets cool at night, you don’t need an air conditioning unit. You just open a window at night.” 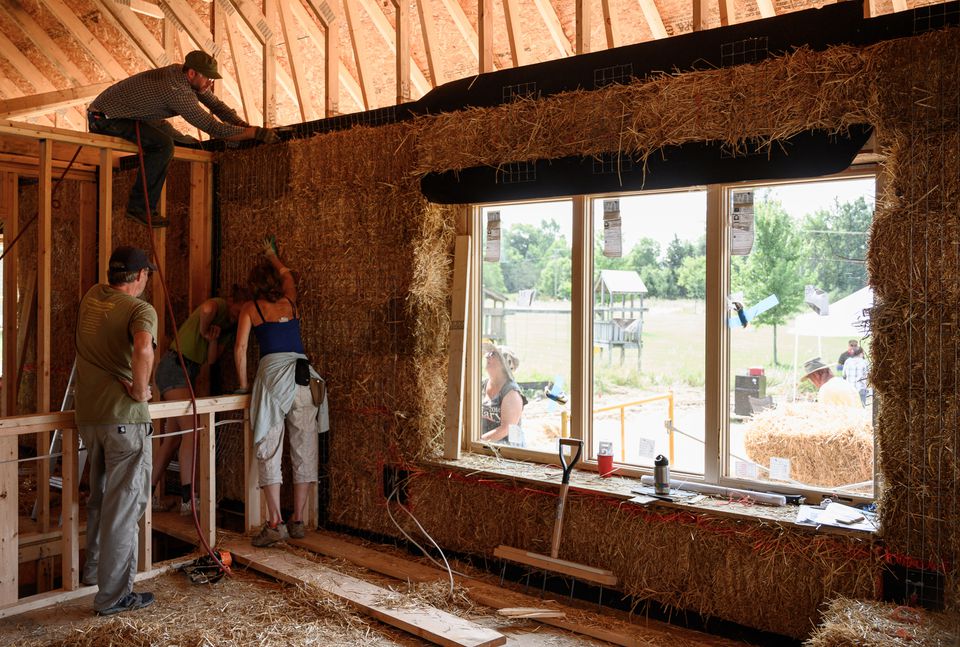 If built correctly, straw bale homes can have the same longevity as a conventional house.

The one built last week took 320 straw bales to construct.

“The home includes a basement and greenhouse,” said Selena Lucas, who will live in the house with her husband and child. “And the straw doesn’t create a fire hazard,” she said. “Even if flames got through the three thick layers of plaster, there would be no oxygen within the walls for the fire to grow,” Lucus said.“The outside will be scorched, but the inside will be fine.”

“There’s a sense of achievement that comes with building (the house) and helping the environment,” Curtis said. “You feel like you’re doing something more than something for yourself.”

You can read the original article at www.mlive.com