Andrew and Margo Hanson-Pierre from Clover Bee Farm in Schafer, Minnesota are building a solar greenhouse, which has a heat sink, something that will store the heat from the sun during the day and release that heat at night. The floor is made of 4-foot-deep river rock, but people also use large barrels of water for a heat sink. The rock stores the heat from the day’s sun using circulation fans set up with a thermostat. At night, the fans move the warm air up from the rock, and during the day, they keep the greenhouse from getting too warm. This would technically be called an active solar greenhouse. 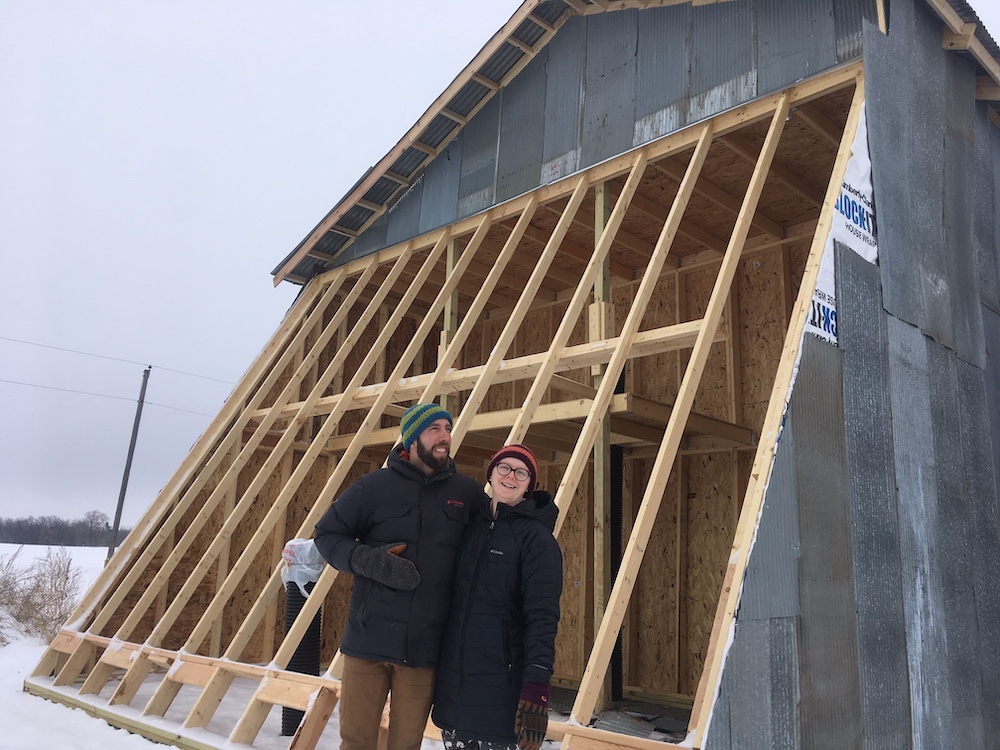 In 2009 two farmers in Milan, Minnesota, published “The Northlands Winter Greenhouse Manual,” complete with plans, growing schedules and pest and disease management techniques. Since then, the U of M Extension has published plans and resources for what they call a “deep winter greenhouse.”. The Hanson-Pierres used these plans to build theirs.

They’ve opted to build a lean-to on the south side of their barn. This allows them to utilize the existing structure and put to use space on their farm that couldn’t be used for anything else. Three sides of the greenhouse are made of plywood and are heavily insulated, and the south-facing wall is made of polycarbonate sheeting and sits at a 60-degree angle, in order to maximize sunlight.

They’re looking for ways to spread out their labor over the course of the year, and the plan is for the greenhouse to provide winter income through an off-season CSA, allowing them to decrease their summer vegetable production. “With climate change, it’s more important to have produce when people in Minnesota can’t get it,” Hanson-Pierre said.

You can read the original article at www.southwestjournal.com