China is sometimes called the “Kingdom of Bamboo,” because it is the world’s largest producer of the woody grass. But modern architecture has relegated bamboo to the “poor man’s timber.” Now, however, bamboo is being recognized as a superior building material for sustainable reasons.

As environmental issues climb to the top of headlines, bamboo is starting to be looked at as “green gold.” This is because it grows quickly, it’s naturally strong, and it’s biodegradable. It has a tensile strength that’s said to be even stronger than some steel, and its strength-to-weight ratio trumps that of both timber and brick. Plus, it helps cut down on the country’s construction waste which accounts for a staggering 30 to 40 percent of total urban waste. 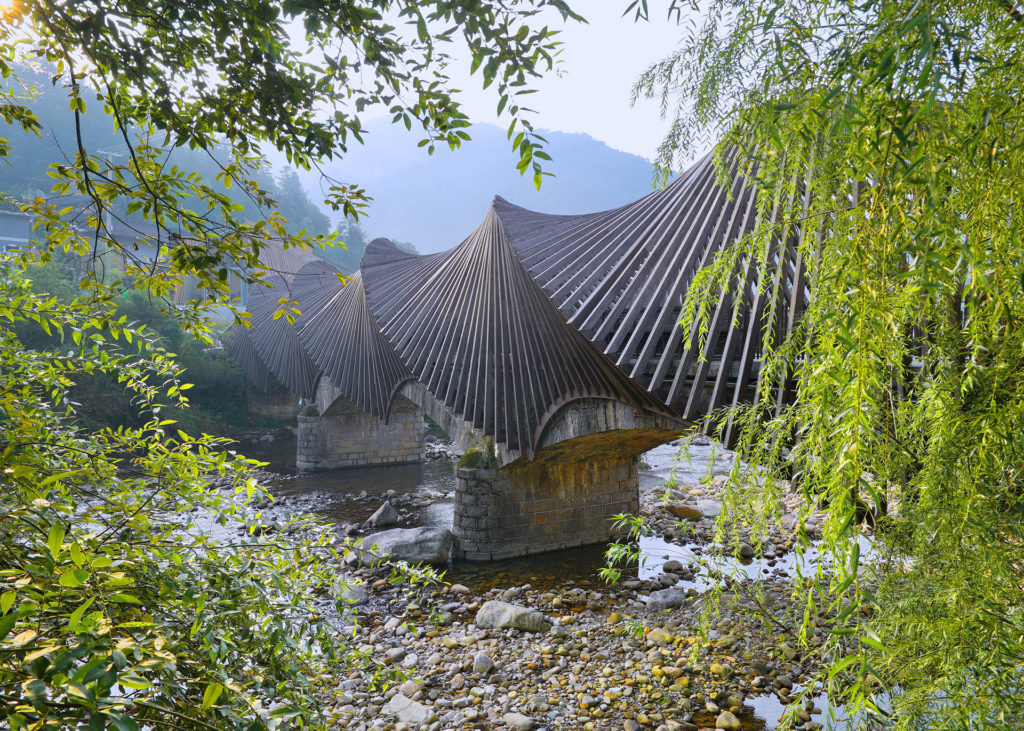 A bridge covered with bamboo.

Architects are also attracted to bamboo for its cultural significance. 2016 saw the inaugural International Bamboo Architecture Biennale, which has become the permanent home to a collection of hotels, a ceramics museum, a restaurant, a bridge, and more all designed using locally-sourced bamboo and traditional construction methods.

Architect Heringer says, “With our planet’s limited resources, it is not possible to build for seven billion people safe and good houses in steel and concrete only. The use of natural building materials is vital in order to enable sustainable and fair development.” 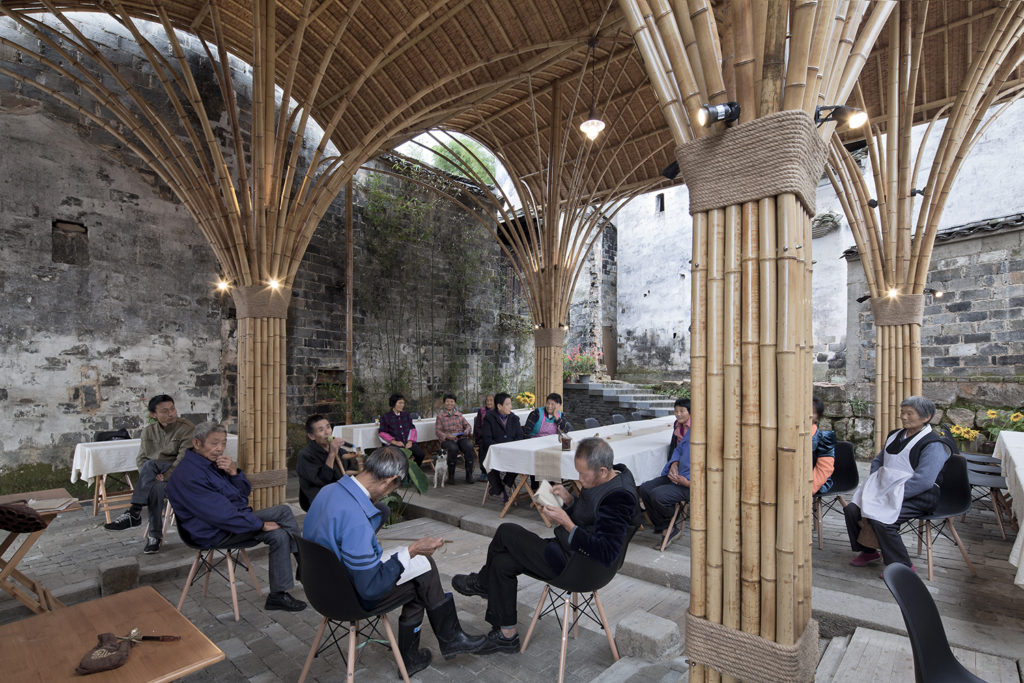 A team of architects renovated a derelict courtyard into the “Village Lounge,” a public space for people to meet and mingle. Built upon the principle of minimal intervention, the main feature is its three large bamboo canopies that blend in with the surrounding buildings.

As a natural material it can be prone to issues like mold, decay, and insect infestations, especially in wet and humid climates. And then there are safety concerns, such as fire resistance and cracking poles. Treatments and solutions for all of these require more research.

There’s a long journey ahead if China is to see bamboo become a mainstream tool in sustainable construction. A spokesman says, “We have moved on from the days of small bamboo huts. We want to see bamboo replacing concrete in cities.”

You can read the original article at radiichina.com