A collective of architects, engineers and non-profits known as Hunnarshala have been rebuilding parts of India that have been affected by various disasters since 2001. They seek community participation and focus on traditional home designs. 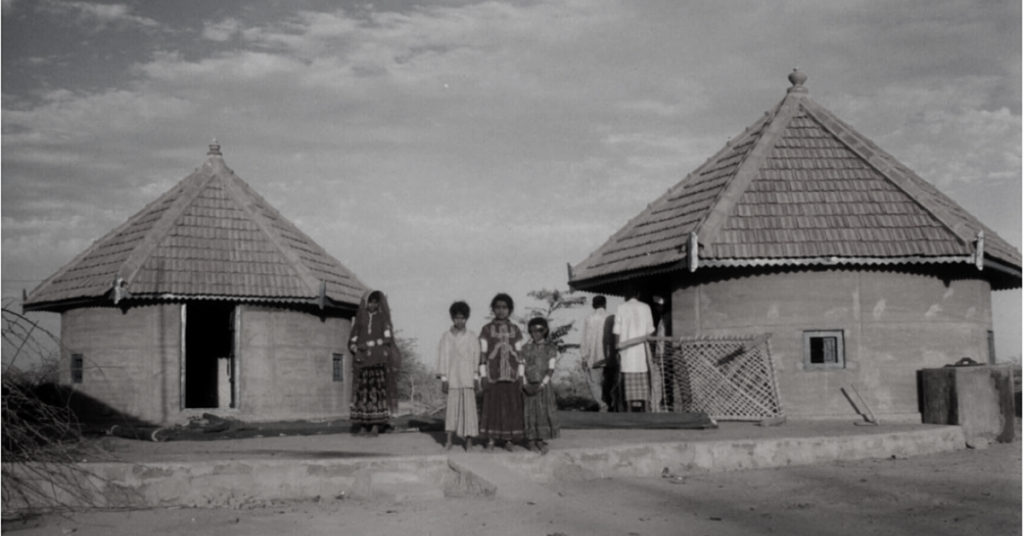 In the Banni grassland area the traditional circular wattle and daub buildings were replaced with more maintenance free rammed earth. The roof is supported by a vertical post resting on a single wooden beam that sits on the walls. these performed comparatively well during earthquakes. About 1400 such homes have been built there. They also build with compressed stabilized earth blocks (CSEB), which are essentially mud blocks.

“In the Tangdhar Valley of Kashmir after the 2005 earthquake, the only buildings that stood were those that did not anchor their foundations into the ground. Known as ‘floating foundations’, they detach the foundation from he superstructure by placing a wooden frame over it. Trained engineers found it difficult to understand how this allows the forces of the quake to dissipate at the foundation. This is the primary difference in the way tradition approaches nature (and life) as opposed to modern thinking; they do fight the forces but respect and use them to their advantage. We helped the community use this ‘isolated foundation’ to build 7000 interim shelters,” writes Sandeep for Think Matter. 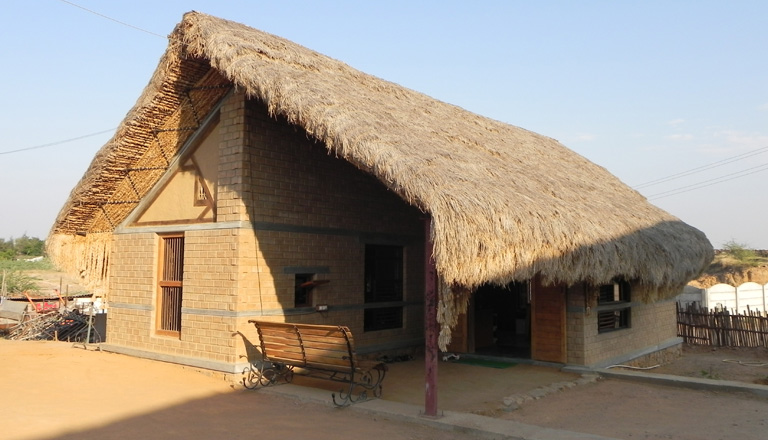 As part of its work to strengthen the economies of local communities, Hunnarshala supports artisans in starting their own businesses like a women’s collective specializing in thatched-roof construction. The women’s lives have been transformed since they used to think they shouldn’t go out of the house and now they think that women are capable of anything.

What Hunnarshala does is community-driven housing;  decisions are taken by the community from day one, from design of the house to construction.

“In Bhuj, they are doing a pilot project on slum housing—an owner-driven program. Locals receive money directly into their bank accounts and construct the houses themselves. They provide the format, layout, master plan and design of the house after offering many options and conducting discussions. They have the right to do minor changes with the support of their engineers and supervisors.

Bringing architects and engineers together with building communities gives rise to a lot of creative solutions. There are vast knowledge systems that exist in our cultures. We sit down with them and take tradition forward. That is what the Hunnarshala is all about.