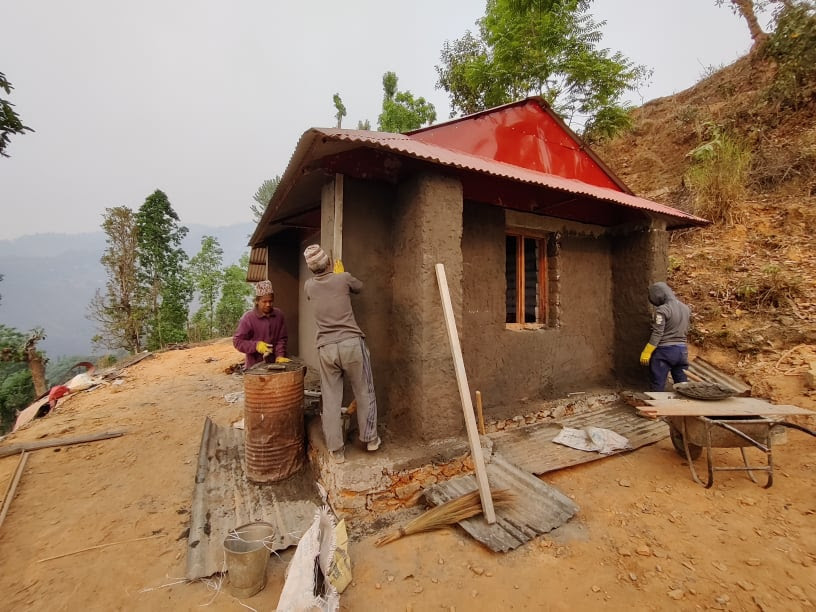 Good Earth Gobal’s latest crowdfunding campaign was successful, and together with the New Zealand non-profit organization Golden Bay Friends of Nepal they were able to come up with the entire budget for a house for the widow Dipa and her daughters. They completed the Earthbag house with an attached kitchen, and are now waiting for the plaster to dry so they can paint it. 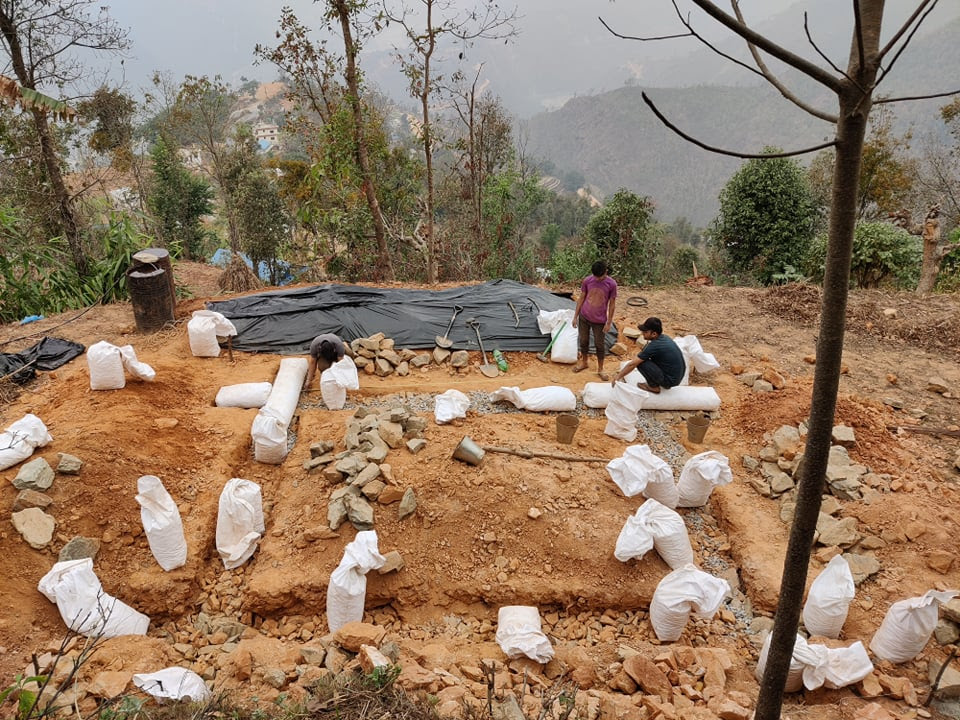 Dipa’s husband died in 2015, and later that year her house was flattened by the earthquake. Since then, she and her children have been living in a tin shack. Dipa also broke her leg in a farming accident, and despite surgery now walks with a severe limp. She can’t work the fields, and relies on her daughters for support. On top of all this Dipa is a Dalit (“untouchable”), and can’t count on assistance from her government or neighbors. 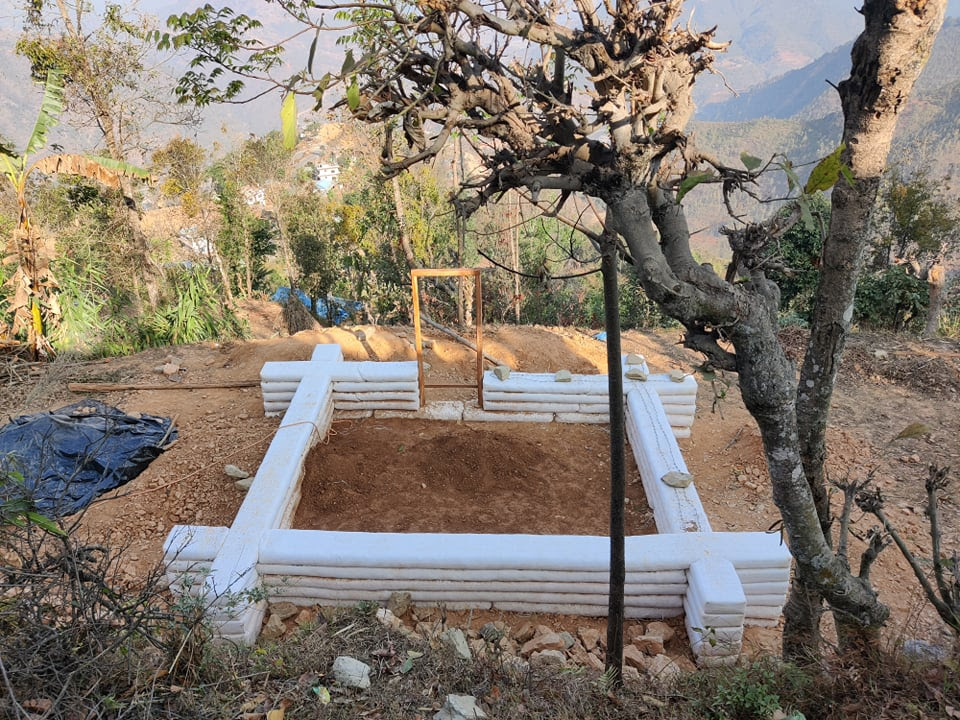 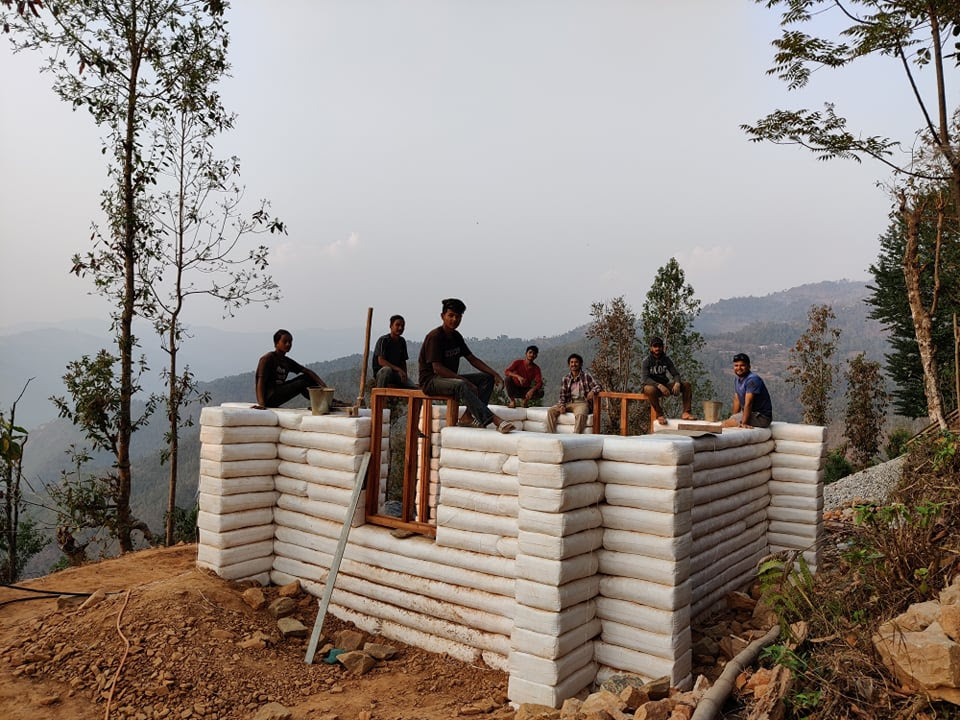 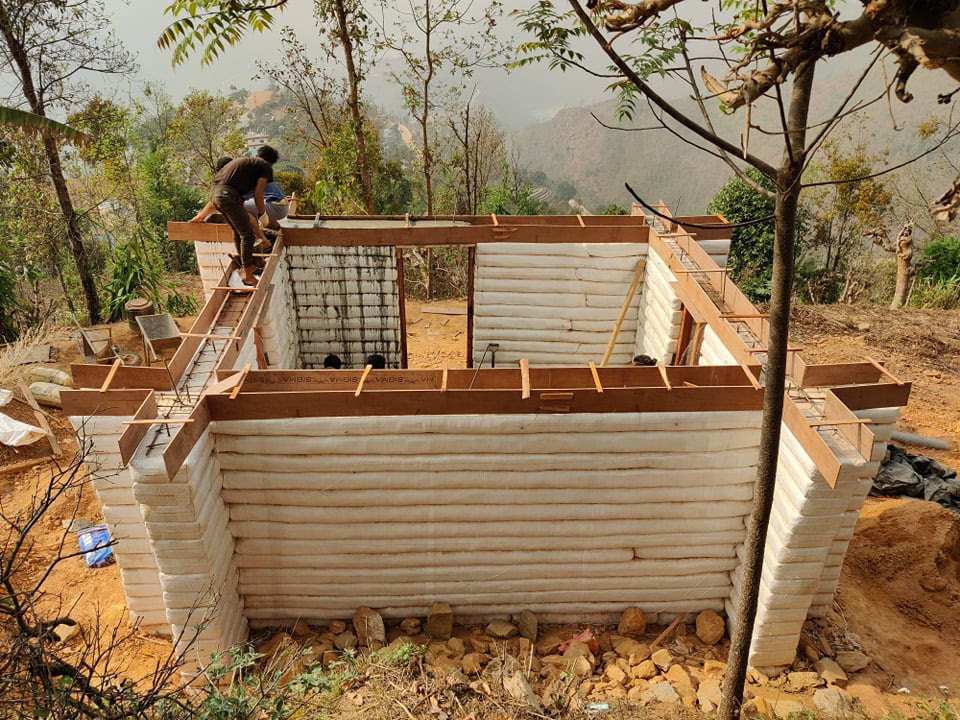 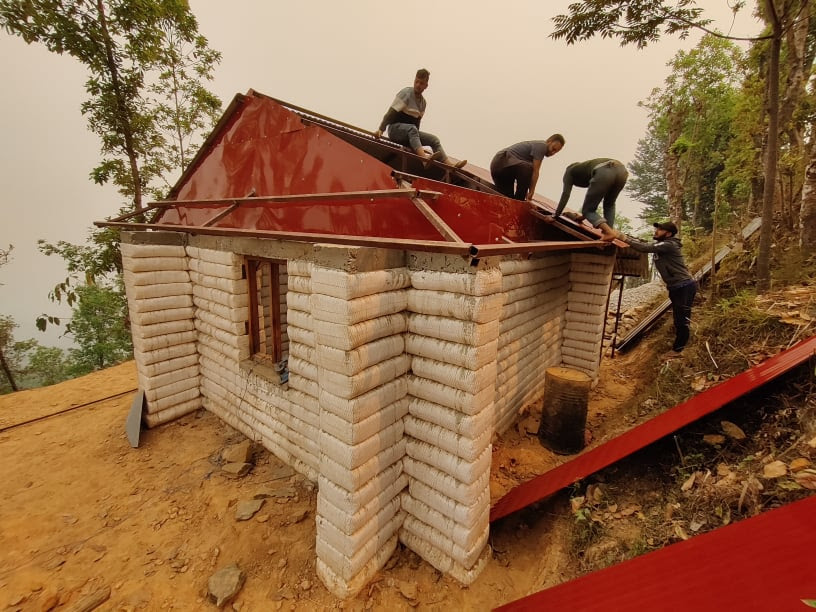 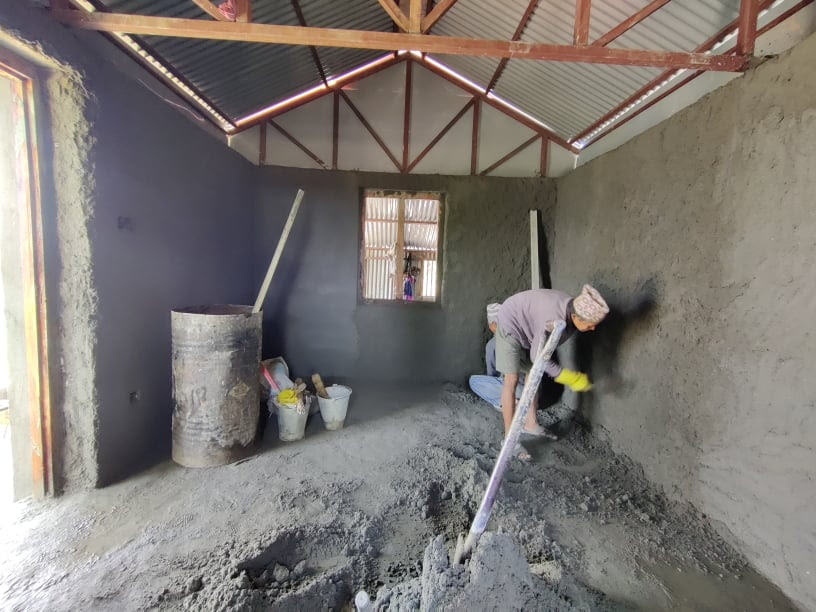 Recent developments offer great hope for the near future, and Good Earth Global is ready to build. Please get in touch with them if you or your organization are interested in sponsoring a house, and they will match you with a rural Nepali family in desperate need.