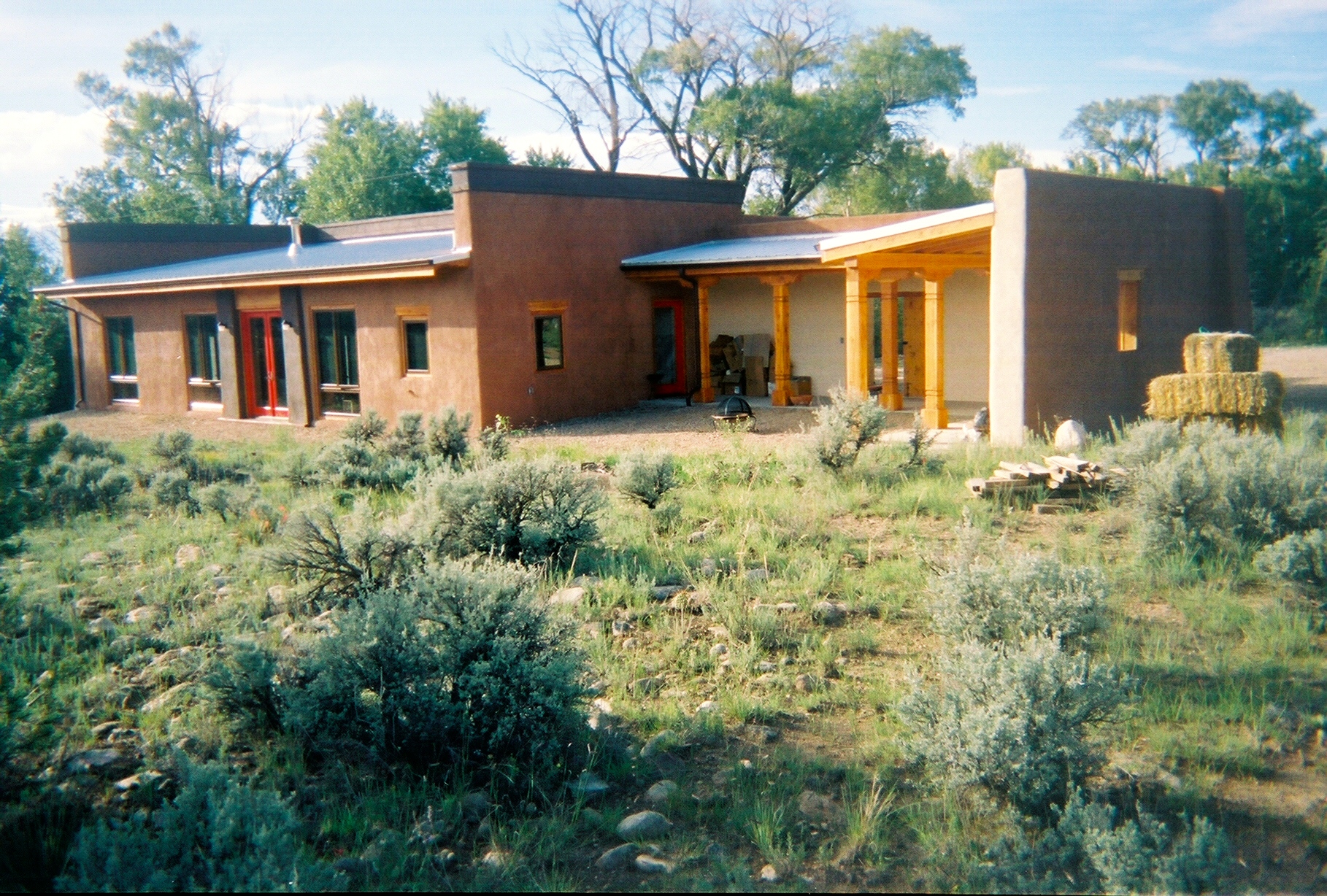 The work of Patrick O’Brien and his Salamander Group has spanned decades, with curiosity playing a role in leading him from conventional home building in urban Detroit to exploring alternative building in Taos, New Mexico. In 1995, he and his wife bought land near Taos and built the first of many straw bale homes that they would design and fabricate; theirs was off-the-grid.

Experience would lead them to add adobe, pumicecrete and different types of integrated panel system homes to their repertoire. At the heart of their company was building to reduce or eliminate negative impacts, and create positive impacts, on our climate and natural environment. Most of their structures implemented passive solar designs, which brings heat and light from the sun into a home. Northern New Mexico, with an average 280 days of sun throughout the year, makes passive solar very appropriate. However, a home’s orientation and window placement are constrained to within 30 degrees of due south. While there are means to balance the power of the sun, such as awnings, shades, ventilation and portals, at times it dominates or disappears, making a space less than comfortable, if it relies entirely on the sun. O’Brien has learned how to construct a house in such a way that it eliminates the many small gaps, and their subsequent drafts, often prevalent in older builds.

With highly insulative materials homes require fewer inputs of hot and cold air. He estimates that doing this may increase project costs between 5-8 percent, but this is easily paid for in long-term benefits. Clients can be freer in their design choices so attention can be focused on the aesthetics of the structure. They strive to use locally sourced materials and have employed blown cellulose, made of recycled newspaper, and mineral or rock wool as insulation. O’Brien’s favorite building block for houses is a combination of adobe bricks and straw bales. A woodworker by trade, he brings a custom touch to each home he builds or remodels.

You can read the original article at www.taosnews.com