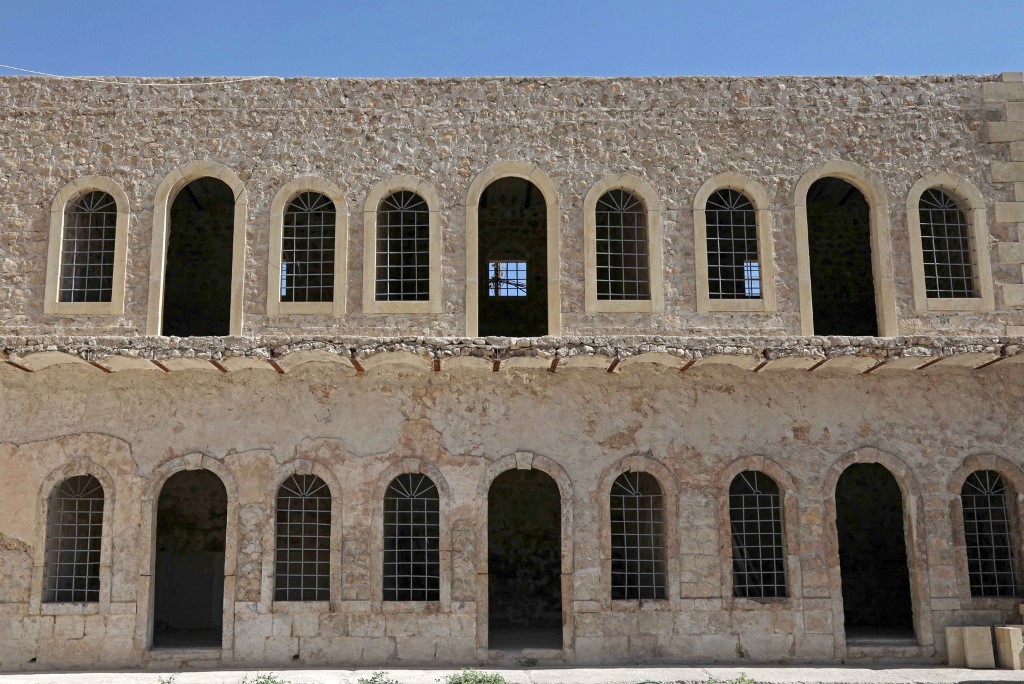 As the sun beats down on Iraq, most people swelter in their concrete homes — but not the inhabitants of one mountain town known for its ancient and cool stone houses. Tracing its roots back 2,700 years, the picturesque Kurdish town of Akre is better adapted to the modern-day perils of climate change than other parts of Iraq.

“The limestone used for renovation is sourced from the mountains that surround Akre,” Jamil Siddik, a 63-year-old engineer who oversees renovation works in the city explained. “Limestone is easy to use. It’s cheap and available. Concrete blocks may only be 20 centimeters (7.9 inches) wide, while the stones are 40 or 60 centimeters wide,” he said. Many of Akre’s narrow alleyways can only be navigated by donkeys and wind through a historic city center bathed in the pale yellow and brown hues of the locally quarried stone.

Oil-rich Iraq is the world’s fifth-most vulnerable country to the effects of climate change, according to the United Nations. The Kurdistan region where Akre lies suffers from heat and water scarcity like the rest of the country. But while Iraqi authorities have done little to address the challenges, Akre, a city of 100,000 residents, is sticking with the old ways that will help it adapt.

Since 1991, when Kurdistan gained de facto autonomy from Iraq, it has declared concrete off limits for construction and renovation in the old city of Akre. Bewar Majeed, 37, lives in the old city. As the temperature reached 40 degrees Celsius (104 degrees Fahrenheit), inside the house the rooms are nice and cool thanks to its limestone walls. “I don’t need an air conditioner,” he said. “I have a small air cooler, which is enough for me, and it’s less expensive.”

Besides the environmental benefits, Akre’s conservation efforts aim to preserve its heritage value and attract tourism. The autonomous region has cultivated an image of stability, distancing itself from the violence that has engulfed other parts of Iraq in recent years.

You can read the original article at www.kurdistan24.net