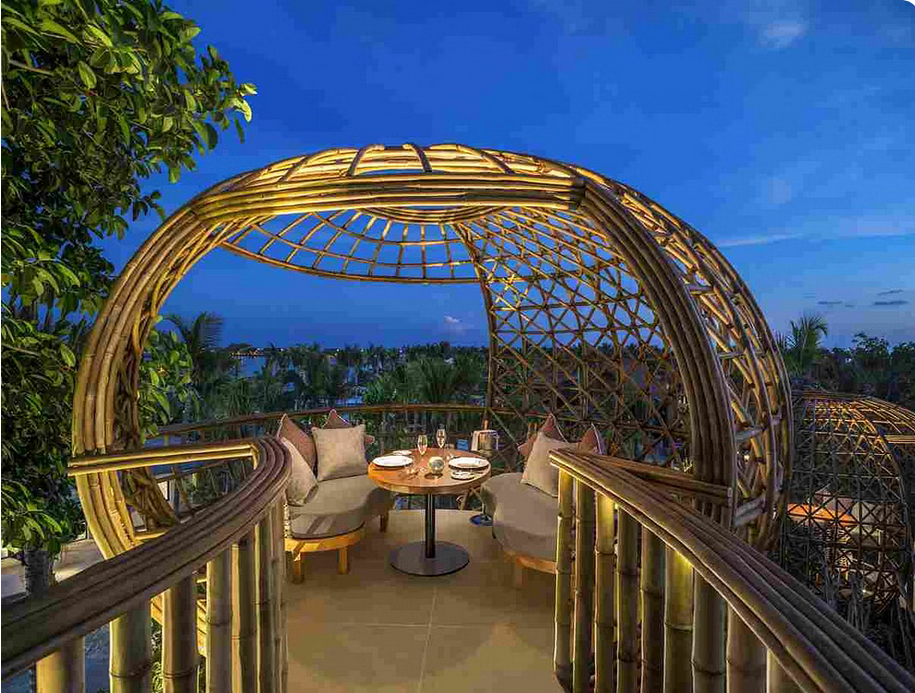 Sanjeev Karpe, an Indian engineer, shares how bamboo became important to him and why he thinks sustainability is so vital to the planet. In 2003 he had an opportunity to visit China and observe the prevalence of bamboo in construction there. He noticed exotic modern bamboo buildings, and how the plant’s tensile strength made it a great contender in the housing industry. Inspired by this, he returned to India and started the Konkan Bamboo and Cane Development Center.

This nonprofit company had one aim in mind: to design and conduct the prototyping and production of premium bamboo products for Indian and international markets. But there was one nagging thought at the back of Karpe’s mind which was centered around bamboo growing and production. “In India, the bamboo that is used for manufacturing items is usually from the plants that grow in the forest,” he says, adding that he wanted to motivate farmers to grow it themselves. “We started educating farmers about the immense possibilities that bamboo offered, and explained how it is better compared to other crops due to its hardiness and ability to survive erratic weather changes,” he adds.

Slowly, farmers in the region began understanding the importance of the crop and growing it in their fields. In 2004 alone they managed to convince 120 farmers to begin growing bamboo, and today, this number has grown to 10,000 farmers.

One of these, Sameer Sawant who has been engaged in growing bamboo on his 25-acre farm says, “We were never aware of the potential of this plant, and would often focus on rice as our cash crop. Bamboo is an easy crop to grow as it only needs to be planted during the monsoon and then three years later you will see the plant shoot up. We do not use any fertilizers and stick to organic methods of farming.” He adds that they have seen their profits increase.

The next step was to engage artisans and have them make products using bamboo, creating furniture and crafts that could then be sold in the markets. “We are working with artisans from different parts, hailing from nine states,” says Karpe, adding that the focus is to convert trade knowledge into contemporary products and create a culture wherein these bamboo materials will be available across the country.

One of the artisans, Eknath Gavandi, says he has learnt so much. “I was a carpenter before this and would work with wood. Every day would be very much the same, as there are machines for wood and the requirements remain the same. However, with bamboo, every day is exciting and a new challenge. Bamboo is fun to work with, as the majority of the work has to be done manually.”

In 2016, Karpe decided to expand his horizons and target countries outside India to widen the scope of bamboo. There are two key projects that he came up with: a floating restaurant in the Maldives and a FIFA project in Qatar, featuring the luxury brand Waldorf Astoria.

Initially, the ‘floating dining pods’ project was designed by an architect from Dubai, and the idea was to have the skeleton made of metal with bamboo being used as the filler item. “We tried convincing the client that we could have the entire project made with bamboo. Though the client loved the idea, we were told we would have to come up with the design ourselves and execute it to the finish,” says Karpe. “Picture a restaurant right in the middle of the sea, facing high-pressure winds and rains. But even in the face of storms, the bamboo holds strong and is built to survive the harsh winds. The project was rated as among the World’s Top 16 Waterfront Restaurants by CNN UK,” says Karpe. “In the years following the Maldives project, we participated in another one for the FIFA World Cup, where the main players would stay. We feel elated to be working on such an integral aspect of the world’s largest sporting event,” he adds. Elaborating on how they are going about the project, Karpe says the panels for the ceiling of the buildings are being put together in the manufacturing unit in India, where they have factories. These panels are then transferred to Qatar where the installation takes place.

“Indians usually think bamboo is a material for the poor. That is what we wish to change.” He adds that it is the world’s best sustainable material and absorbs more carbon dioxide than any other tree. Along with this, it is the only material that emits oxygen during its production. “We have faced a lot of resistance in India for bamboo construction, but the projects that we are undertaking are helping us break these barriers,” says Karpe.