Babulal Gandhi, from India’s Satara district, has lived most of his life in harmony with nature, and dedicated it towards improving the state of agriculture in India. 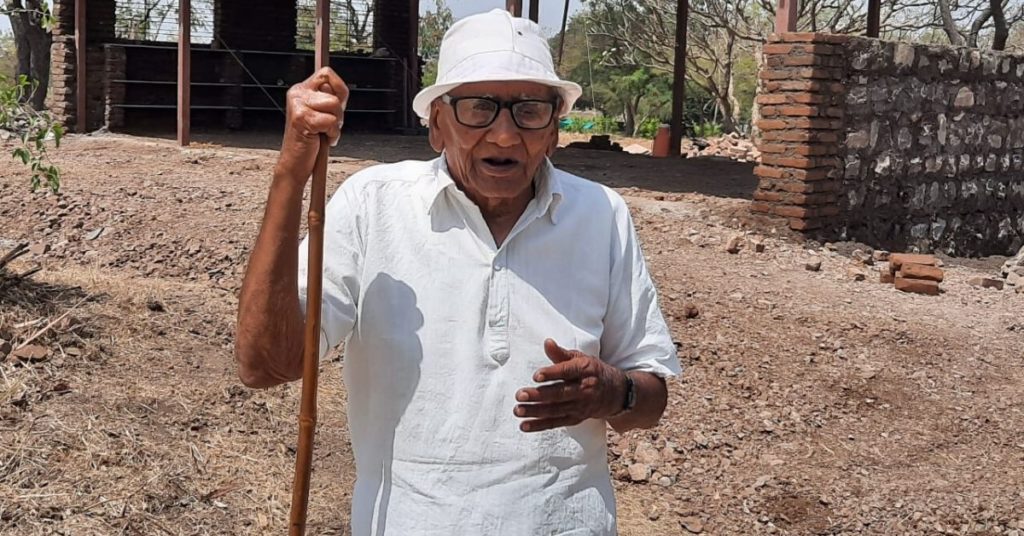 “I am an ardent ardent disciple of great leaders like Mahatma Gandhi and Lokmanya Tilak, but could never actively participate in the freedom struggle, so helping landless farmers was my way of making India better,”says the 91-year-old to The Better India.

In the early 50s, Gandhi helped several landless people get small patches of land from wealthy owners in the district. It was during this time that Gandhi learned about different techniques of farming that eventually helped him and his brother create a mini-food forest on his 100-acre family-owned land.

“Food scarcity was an immediate repercussion of the partition and drought further made it difficult for farmers to cultivate. I started with growing grains on my farm so that people wouldn’t go hungry. In addition to that, the fruit-bearing and medicinal trees help in maintaining the environment,” says Gandhi. 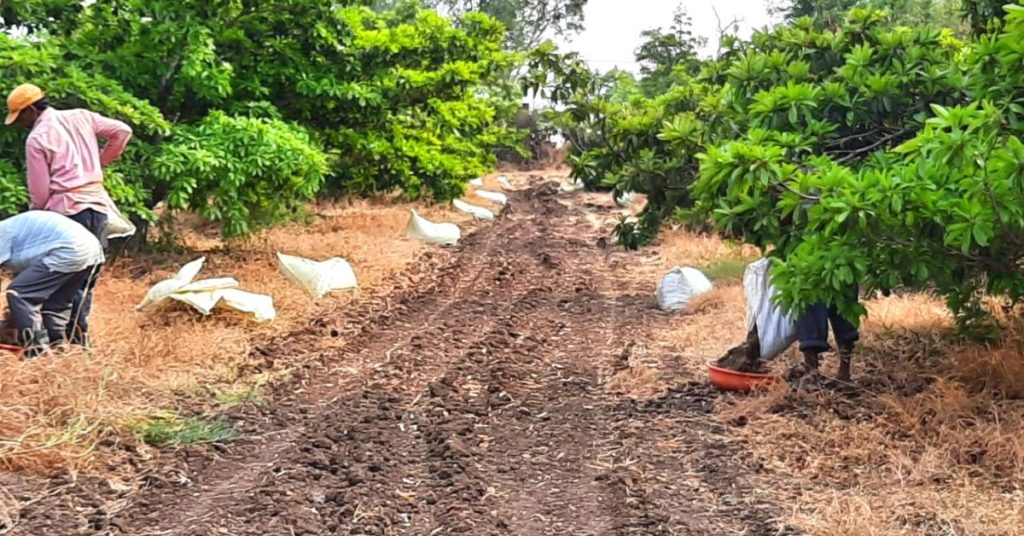 Today, thanks to his efforts, the once-barren land is flourishing with over 22,000 trees. He has built the forest in a way that consumes 50% less water. Harvesting or conserving water was a crucial step in the transformation. Gandhi dug a 25-acre long pond. Usually, when water is stored in such huge volumes, one assumes that there is an abundance of water. However, Gandhi  says that “Ensuring water in 100 acres of the farm is no mean feat. During droughts, the pond water is sufficient to water the existing crops, but planting new crops is still not possible if the monsoons fail.” 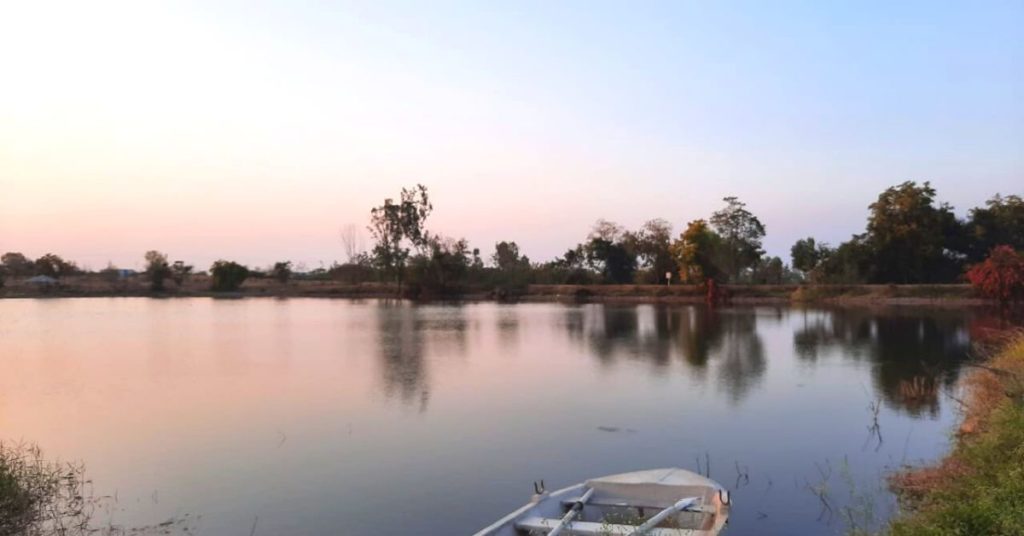 “The presence of birds like peacocks, butterflies and sparrows is the biggest validation that my efforts have not gone in vain,” points out Gandhi, who manages the farm along with two nieces and a nephew.

For the first couple of months, Gandhi only grew grass, to revive and retain the soil. Once the fertility of the land improved, he planted less water-intensive plants like peas, lentils, cabbage and cauliflower.

To complete the ecosystem, he worked on curbing the practice of animal hunting and told the farmers to leave their cattle, goats and other animals on his farm. “Animals have multiple uses on a farm. They level the ground, graze the excess grass and also provide excellent organic fertilizer. A mixture of their dung and urine acts as a pest repellent,” adds Gandhi. 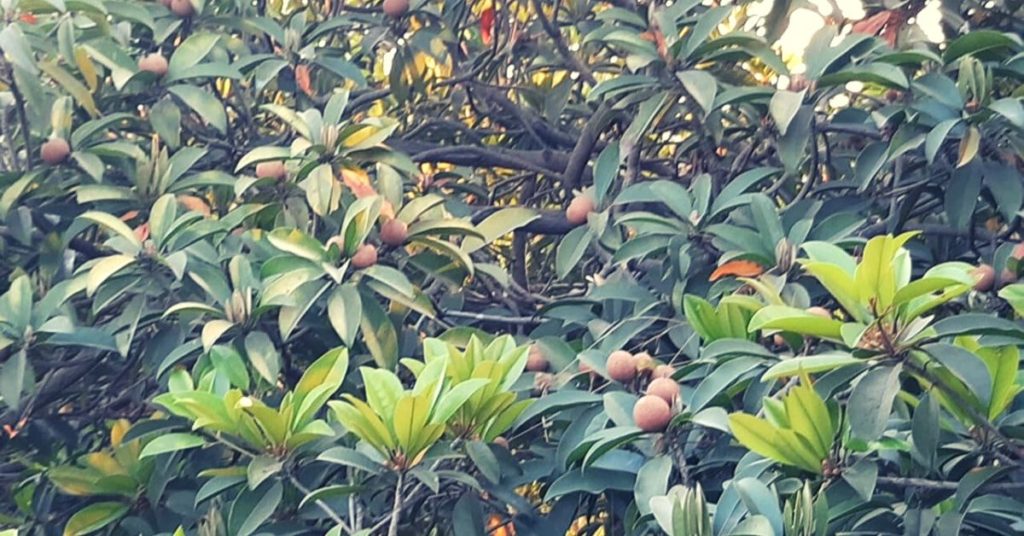 He also made a protective layer of dry leaves, weeds and animal waste on the land to supply rich nutrients to the soil and roots. The two-layer farming method is the secret behind Gandhi’s flourishing farm. This technique is nothing but planting two crops (of different heights) in the same unit of land at the same time but in different layers. The primary goal of this type of farming is to produce greater yields by increasing soil fertility, preventing soil depletion, and controlling the growth of weeds.

After growing conventional vegetables, fruits, pulses and grains, Gandhi experimented with growing watermelon. Even though the idea was met with laughter and discouragement, he went ahead and planted seeds of watermelon with legumes. While watermelon seeds suppress weed growth and provide soil shading, legumes supply nitrate to its companion plant, in this case, watermelon. “The experiment was a success!” he says with a smile. 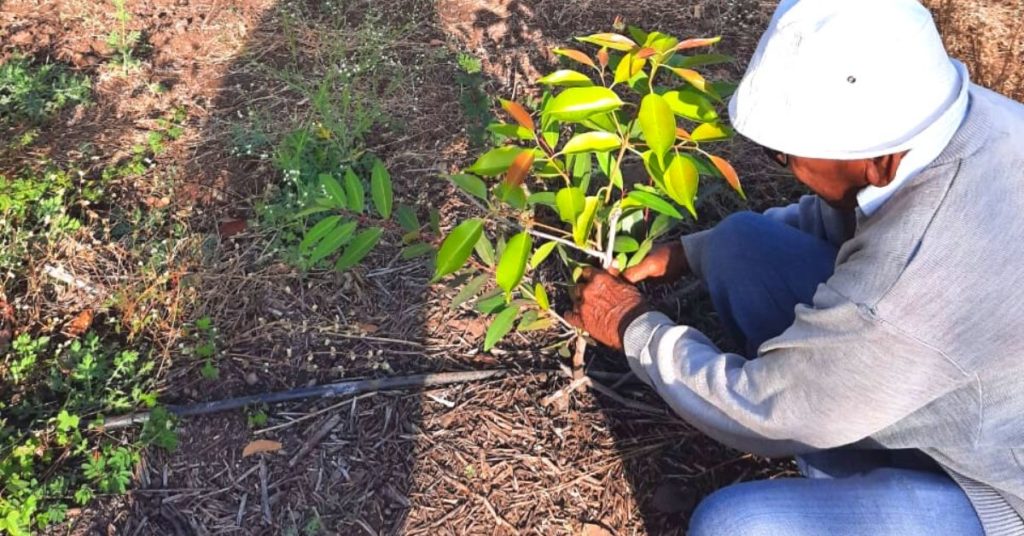 To water the plants, Gandhi chose drip irrigation, the most effective way to save water. Gandhi says, “Through drip irrigation, water directly reaches to the roots of plants through a network of pipes and minimizes evaporation.”

From mangoes, bamboo, custard apple, sugarcane, sapota and Jamun to leafy vegetables, the combination of inter-cropping and drip irrigation has resulted in a green food forest on land, that was once infertile.

“I was in my teens when I learned that information is the first step for developing society. This was the pillar of the freedom struggle. So, I have established a study environment for students who want to learn farming practices,” says Gandhi. Schools from across Pune, which is barely 100 kilometres away, visit Gandhi’s farm round the year on environmental camps and stay for a couple of days. Students not only get to learn the theoretical aspects but also get to do practicals. As part of the camp, they sow seeds, harvest crops, remove weeds, convert waste into compost. They are also taught various water conservation methods like rainwater harvesting. 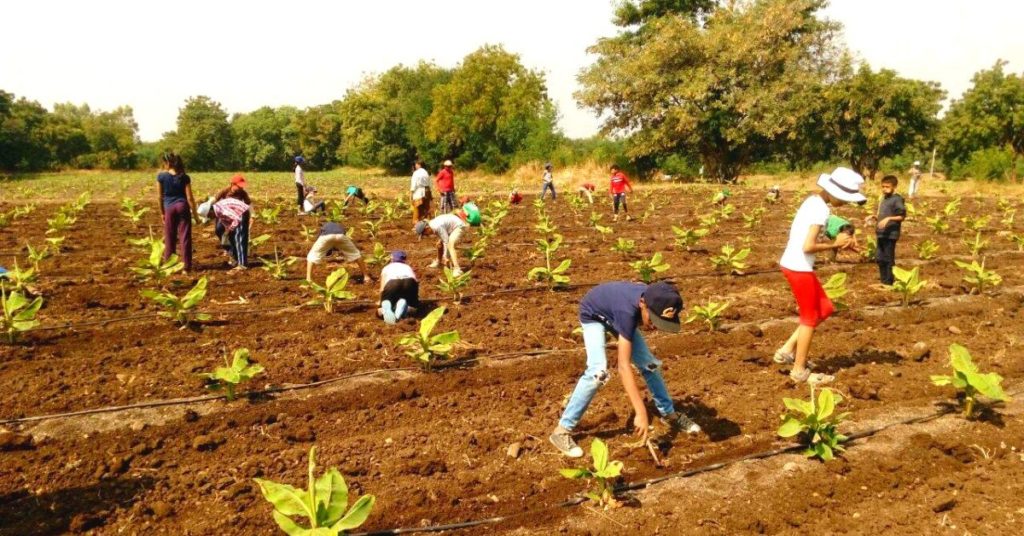 Nature lovers, farmers, experts and scientists are also welcomed to stay at the farm.

“Imparting the right knowledge at a young age will ensure a better future. It is only now when I look back, do I realize its true meaning. The drastic climate change we are witnessing today probably cannot be reversed. However, when I look at these enthusiastic young children keen on studying farming, I see a future where there is food and water for everyone,” says Gandhi.

Get in touch with Babulal Gandhi here.