Tom and Carol Ann Fisher are selling their longtime home in the environmentally conscious community on Melbourne’s northeastern fringe to downsize. They spent most of the 1980s building this with help from their neighbors. 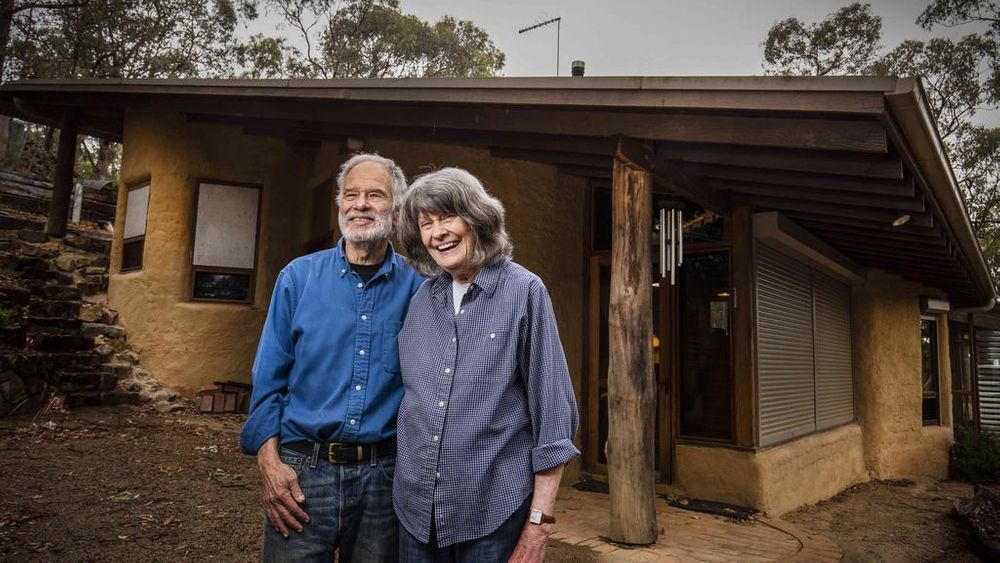 The Fishers handmade about 6000 mud bricks. They were laid by one of their neighbors, brickie-turned-historian and “local legend” Mick Woiwod, to a design by architect and fellow Bend of Islands resident Ross Henry. Mr Fisher said they also had input from another architect — a relative who’d “served in Palestine in the Second World War and was very used to building in mud”. “He said, ‘you’re not confined to straight lines or 90-degree corners’,” Mr Fisher recalled. “There’s only one right angle in the house. People find it cave-like because of the rounded walls.” 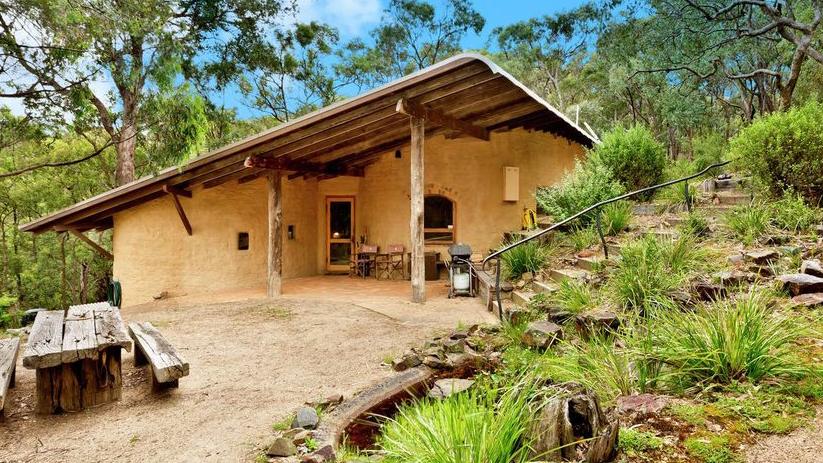 The design was also influenced by Texas-born Mrs Fisher’s “several summers” in the ‘60s in Santa Fe, where she became interested in mud-brick housing. The couple later took a course in the construction style at New Mexico’s Ghost Ranch. 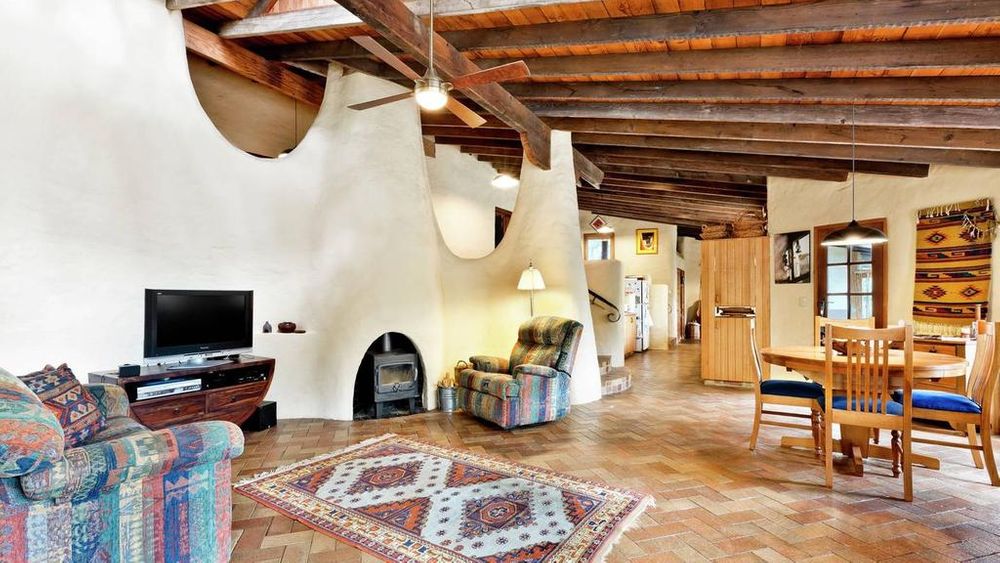 They liked the “aesthetics” and energy efficiency of mud-brick builds, notably installing a “passive solar greenhouse” inspired by the homes they saw in New Mexico that “collects heat” and vents it throughout the house. “It stays pretty warm in the winter and pretty cool in the summer,” Mr Fisher said. 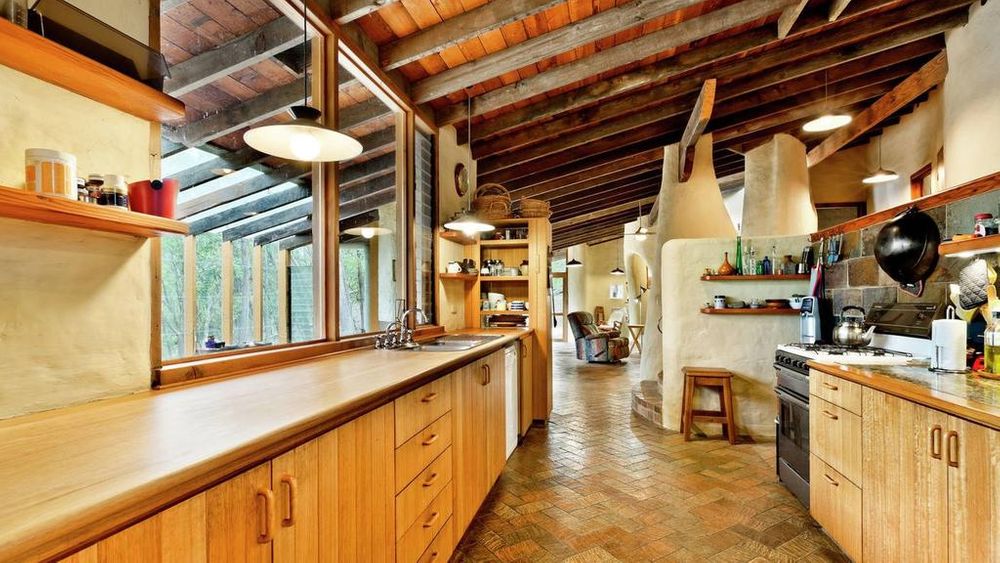 The couple also incorporated Aussie materials including timber and corrugated iron into their residence. 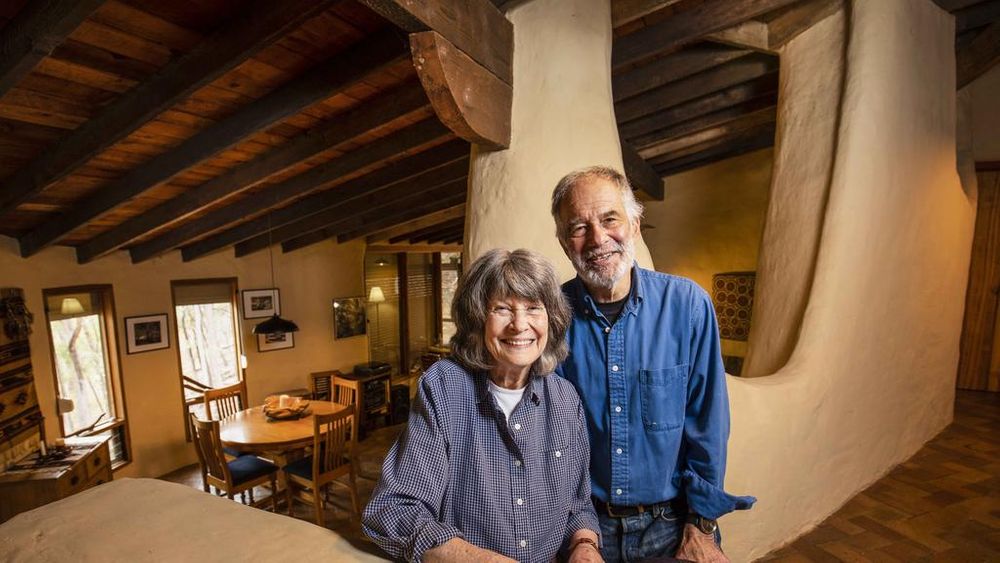 Mr Fisher said their home was regularly visited by wildlife — a perk of living in an environmental living zone, where flora and fauna are protected by regulations preventing residents from keeping domestic pets or livestock. “We’ve had koalas in our trees, … a wombat and her two babies drinking at our ornamental pond one night,” Mr Fisher said. “A heat-affected wallaby, the other day, was taking cover under the eaves of our house.” 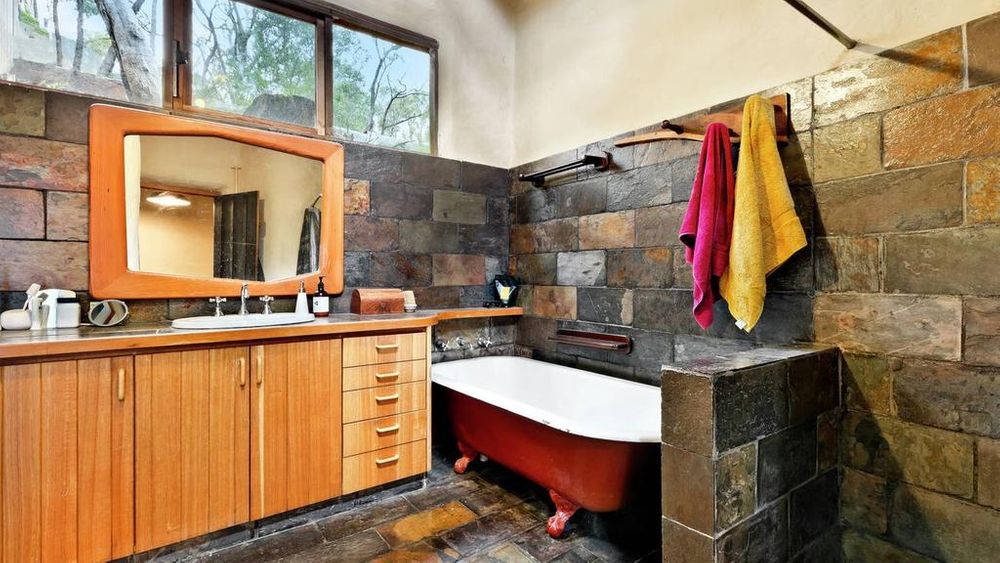 The Fishers raised their two children at the 7.57ha property, which also features a separate studio and garage or workshop. 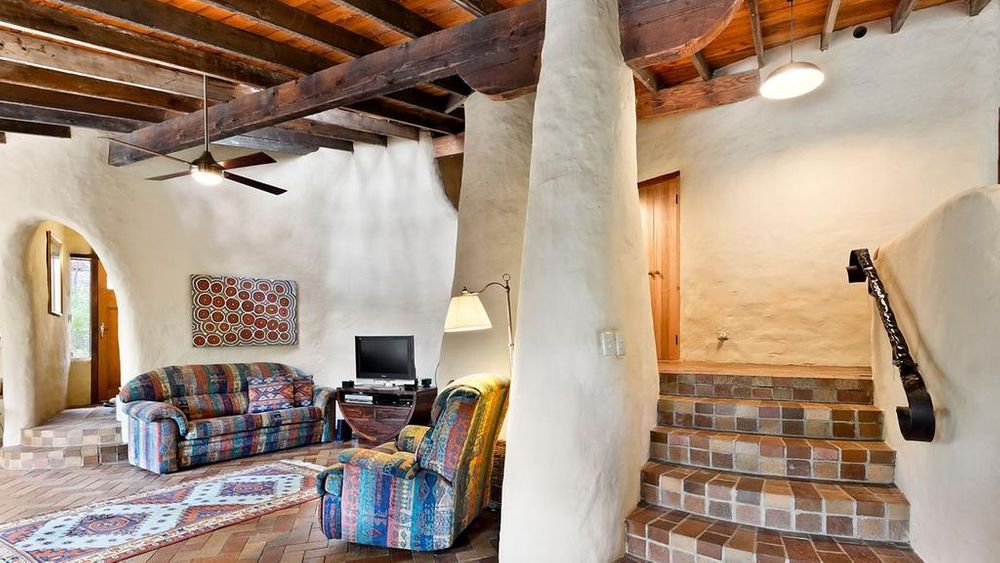 Gayle Blackwood said she specialized in selling mud-brick houses, and this one’s “curvaceous, feminine style” made it a rarity. She expected this, plus its location in the Bend of Islands’ “unique setting”, to appeal to a range of buyers.

You can read the original article at www.realestate.com.au