When Laura Hood bought 155 acres and a home near Wenatchee, WA, there was a caved-in root cellar near the house. Ten years later, the root cellar has been restored. 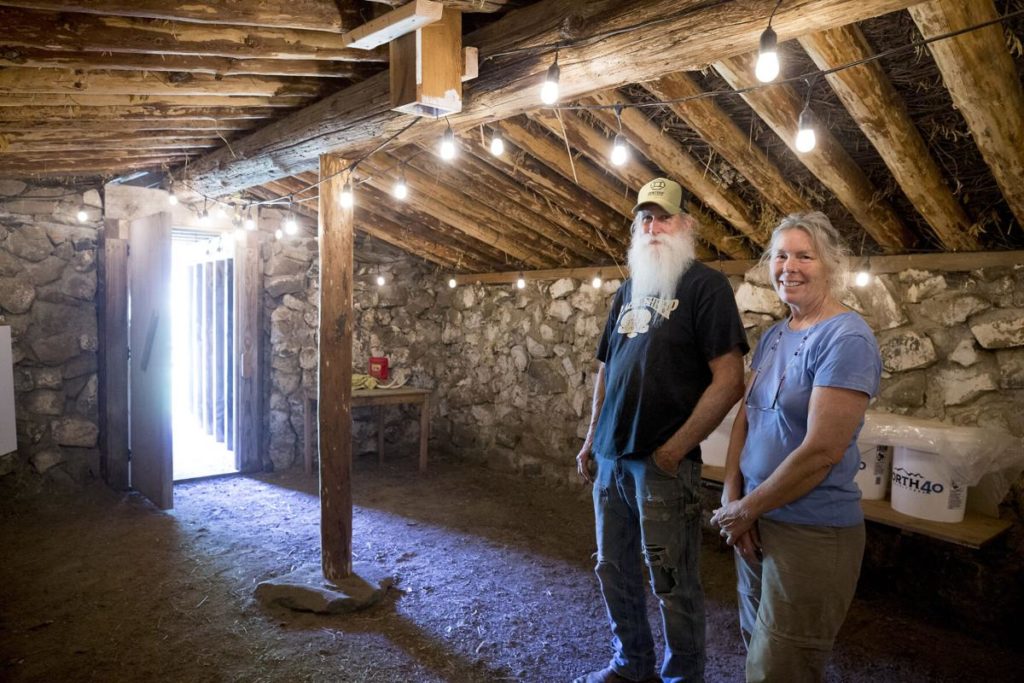 The root cellar is thought to be the first white settler house built in the area by James Christiansen in 1886. It was described in an article written by his daughter as a nail-less cabin built with stone walls and driftwood from the Columbia River for the roof.

At some point electricity had been supplied to the structure but an electrical fire had burned the driftwood support timbers, collapsing the roof. Hood removed the layers of materials that had been used for roof insulation including twigs, grass, and dirt to reveal the original dirt floor.

The double layered rock wall stood intact as she began constructing the roof like the original version. She used pine longs for the support, willow branches, grass, and piled the dirt back on the top of it all.

At 14 feet wide and 21 feet long, there’s now plenty of room for canned food storage. She said it stayed at 40 degrees inside in the winter but is waiting to see if that holds up in the years to come.

You can read the original article at www.wenatcheeworld.com