Five years ago, Sakshi and Arpit decided to drop out from an urban, corporate life to explore deeper aspirations and build a more meaningful life. They had worked in some of the best finance and tech companies in India and the US for many years, but came to realize that there are more important explorations of life.

Now they live a farm-based life based at Ujjain, a small town in central India, treating it as a series of experiments in conscious living. After they had set up the basics on the farm like fencing and earthworks, it was time to consider building a shelter. In the spring of 2019 they embarked on a two-month adventure of constructing a shelter from scratch, with  bare hands. 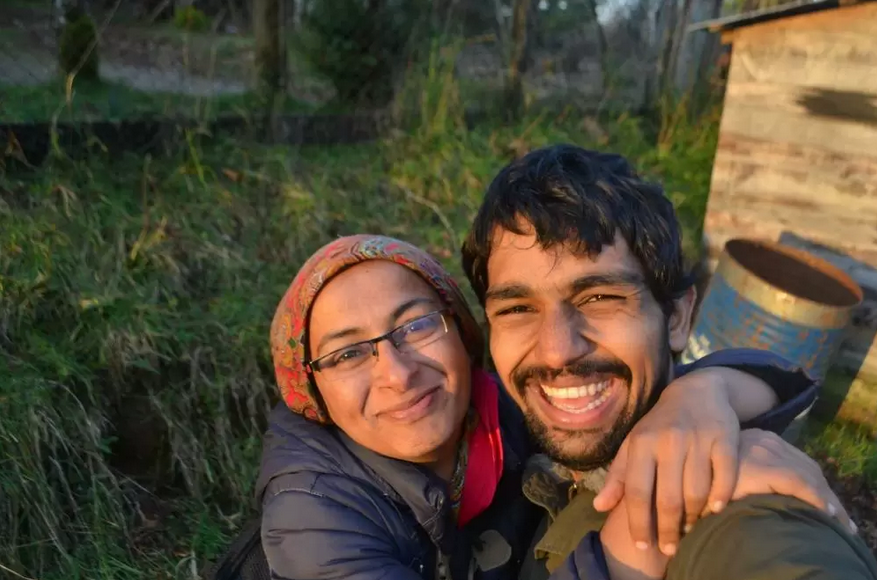 It was like a time machine taking them back to how ordinary village houses were built before the modern cement revolution. The mud house is a modest 200 sq ft room built in the middle of their food forest. They were convinced that this core shelter on the farm must be built using local and sustainable materials.

Even though the traditional knowledge of building with earth is getting lost among the villagers, there are some natural builders working with sustainable materials and trying to pass on the heritage to future generations. One such woman is Becky Bee, who wrote a wonderful handbook on building with Cob, made out of a mixture of clay, sand, and straw.

There were so many considerations – whether to have rounded or sharp corners, the slope of the roof, the length of the overhang for rain protection, composition of the plastering mixture, designing a false ceiling for insulation and so on. 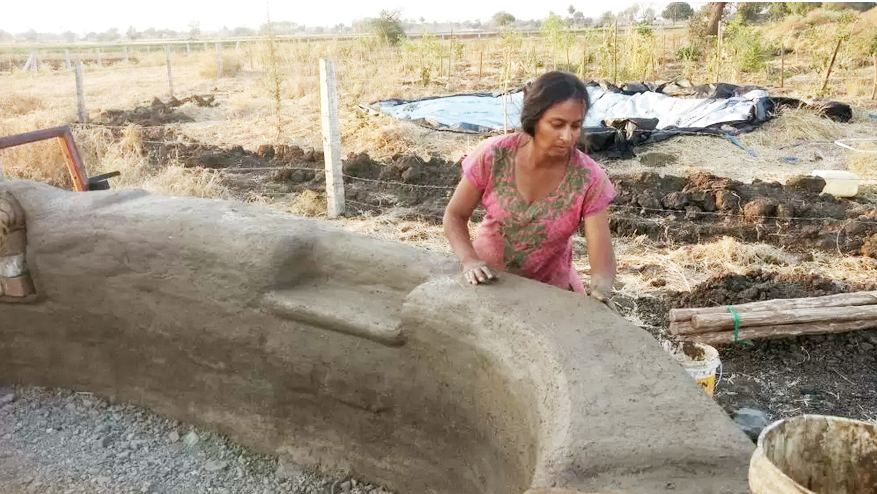 First they built a small wall, which helped finalize the actual recipe of the cob mix and decide whether to use anything along with cob like bamboo etc. While the locals pointed them to use a specific type of clay for any construction, they wanted to use substances available on the farm and not transport a huge quantity from elsewhere. After a lot of trials, they were able to find a good combination of the black clay soil of the farm and the laterite subsoil that had come out of a pond excavation.

There is a common notion is that a mud house is a temporary structure, but it can easily outlast a modern cement-based house if built the right way. They only have to spend a few hours every year on the maintenance and they are about to celebrate the third birthday of the mud house this summer. 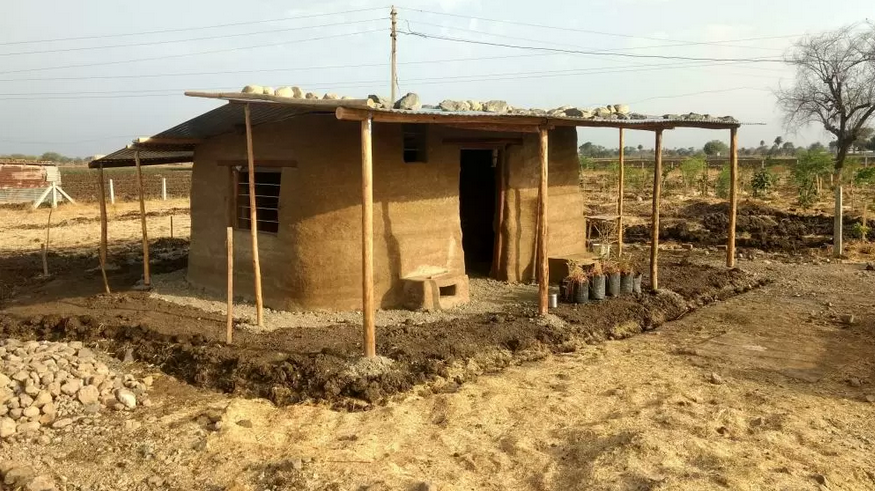 The building of the walls was relatively slow (around 5 inches per day) because no bricks were used and they were creating the entire mix from scratch that had to be applied on top of the previous day’s work. Building with mud is like sculpting – there is plenty of room for creativity. They built storage shelves, an entire mud bench and general artwork to make the place welcoming as well as practical. They were also lucky to have helping hands as many curious volunteers joined us in the process.

The first thing they did after finishing the construction was to reach out to their virtual teacher from the other end of the world – Becky Bee. She wrote back, “That is such a beautiful thank you. I feel it in my soul. It looks like you have done a FABULOUS job!! You look radiant and have made me smile all day.” 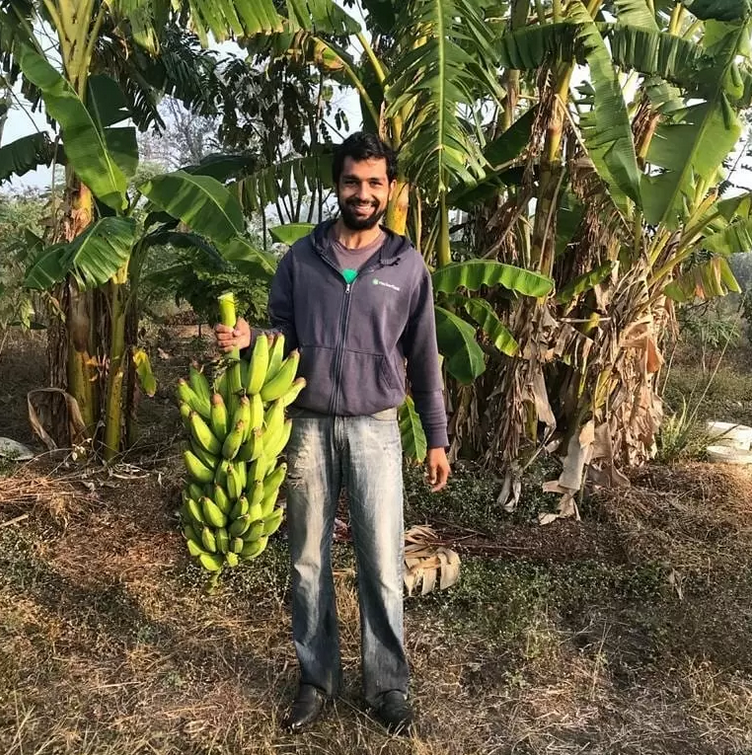 They feel so grateful that they have been able to build this simple yet beautiful structure which has year-round temperature regulation, is not only a storehouse-cum-shelter but most importantly a space for people to come together and enjoy their farm.

Check out their website to connect with them. You can read the original article at www.theweekendleader.com