Jennifer Jacques’s daughter Asha came home unpectedly early when the University of Maine announced that it would close for the semester in order to prevent the spread of the coronavirus. Jacques then had four people — herself, her oldest, her younger daughter and her toddler son, along with a dog and two cats — in a tiny house containing 660 square feet. “The teenager is living in the toddler’s room on a couch, and the baby’s back with me,” Jacques said. “It’s a little cozy right now.”

“In a larger house where there’s like a second floor and doors on everyone’s bedroom, I think people might find more privacy and it might be easier to support people’s boundaries,” Jacques said. “We’re all kind of on top of each other. It’s kind of hard to create and enforce that space.”

Jacques said her teenage daughter is experiencing some culture shock after the freedoms of college life, on top of transitioning to online learning in a small space with limited Internet access. “Online learning isn’t her forte, [especially] with a 2-year-old hollering in the background with an 11-year-old competing for your attention,” Jacques said. “That room doesn’t even have a door on it. That’s one thing about tiny house living is that there is no autonomy.”

“I have no pantry and no closets and only a small fridge with no additional freezer or root cellar or cellar at all,” Jacques said. “That means going to the store more often than I would like, maybe every seven days instead of two weeks.”

Alan Plummer has been living in his 205-square-foot Chelsea tiny house for four years with his 45-pound dog. He sees advantages to living with few possessions during a pandemic. “The big thing about tiny living is that it’s simple,” Plummer said. “I don’t have a lot of stuff. I don’t have a lot to clean and sanitize. I don’t have to be concerned with bigger expenses.”

Plummer, on the other hand, said he is not wanting for space between him and his dog. “I have plenty of space for all of the food that I need for a couple of weeks and then some,” Plummer said. “That being said if someone lives in a tiny house, they probably should have some kind of storage shed or a garage or something.”

“I don’t really look forward to the weekend because it’s just a lot of time to fill,” he said. “I like to be out and about.”

Christine and Mitchell Muehlhausen, who moved up to their 300-square-foot tiny house in Wayne with their two geriatric dogs, cat and seven chickens last June, feel that their lives haven’t changed much either. “We have actually tailored our life to live quietly,” Christine Muehlhausen said. “We like being home. I don’t know if this would work for a lot of people, but we’re doing alright.”

“When somebody gets on your nerves — and you know it happens to everybody — you don’t have as many escapes,” Christine Muehlhausen said. “You can’t say, ‘I’m done, I’m going to the store.’ That’s one thing I think is different for us. We’ve had a lot of practice in diplomacy.”

Those living in tiny houses with other people, like Jacques and the Muehlhausens, can agree on one thing: headphones are essential. Jacques said she bought her teenage daughter noise canceling headphones at the outset of the pandemic so she could “zone out from the household stuff that’s going on.”

Access to the outdoors is a benefit for many. Even though many tiny houses are about the same size as city apartments, most are also located on large swaths of land with room to roam and garden without running into neighbors or passersby.

“We have a lot of acreage and yard work,” Christine Muehlhausen said. “We can go outside and get fresh air. We’re pretty spread out from our neighbors. I can imagine that would be more difficult in an apartment.” 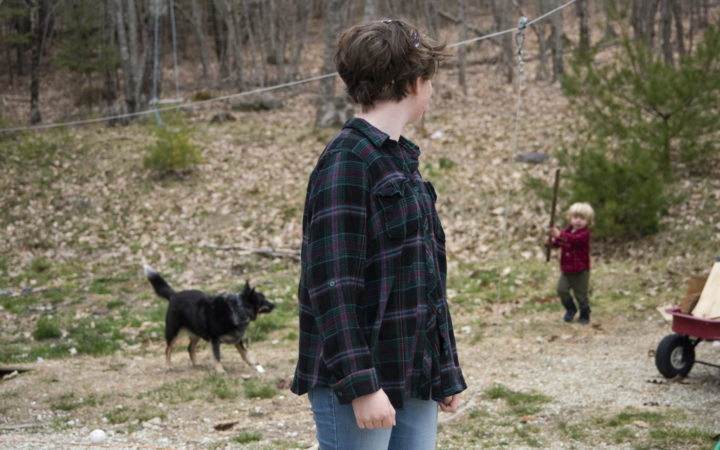 Jacques, who has almost two acres of property, said that speaking with her friends in New York City, who live in a one bedroom apartment with their adult children, makes her “feel spoiled, almost. I think if we were in an apartment in an urban setting where we couldn’t leave at all and had no outdoor space, that would be way more challenging,” she said. “Having access to outside space on our property feels very luxurious.”

Tiny house owners tend to own their houses and live with lower expenses. Even tiny house dwellers who have lost sources of income feel relatively secure.

Plummer, who rents his land from a friend, feels financially stable. “The rent is very reasonable so that’s not a big expense for me,” Plummer said. “Because I own [my house] that’s taken care of. That expense of having to pay someone for a place to live is much less of a concern for me.” 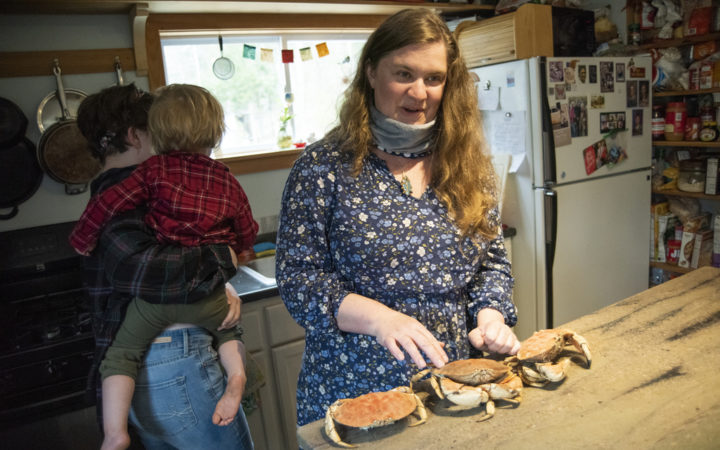 Jacques is currently unemployed — she worked as a waitress — but she still feels financially stable because she owns her house and has few expenses. She said instead of charging her college-aged daughter rent, which she knows some families have had to do in order to make ends meet, she simply asks for help around the house.

The Muehlhausens are retired, but said if they had not made the decision to move into a tiny house almost a year ago, they said their finances might be rocky right now, too. “If we hadn’t made this change a year ago, we’d be in big trouble,” Christine Muehlhausen said. “We have a military pension and so we’re living on a fixed income now. We planned accordingly to be on that income. My heart just breaks for everyone and what they’re going through right now.”

You can read the original article at bangordailynews.com

1 thought on “Living in a Tiny House During the Pandemic”