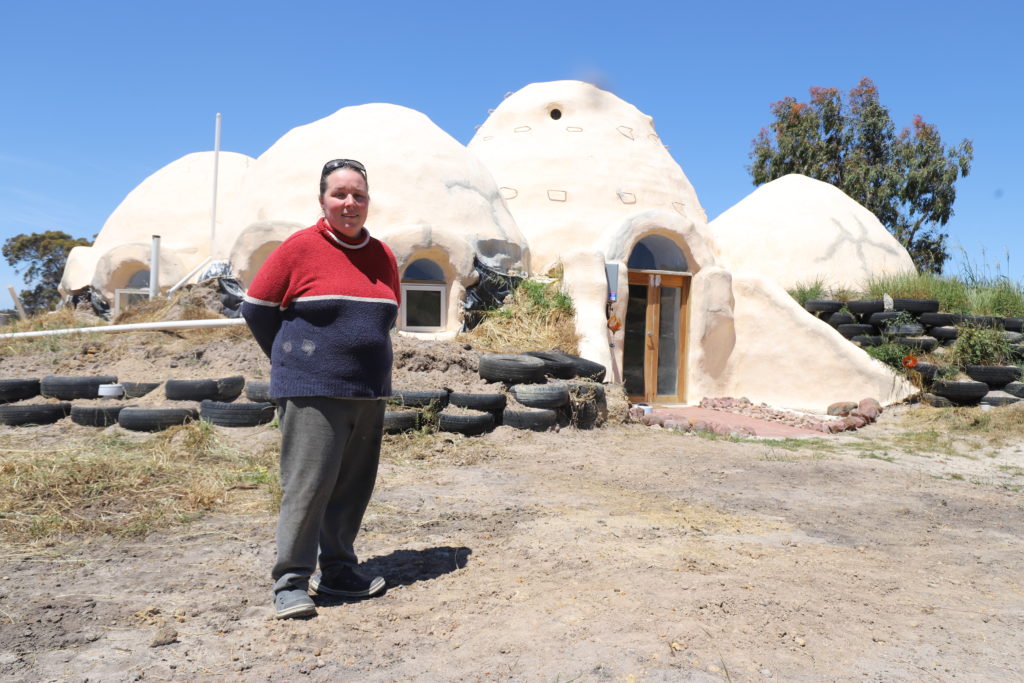 While the couple will still need to pay the mortgage on their property, Mrs Ryan-Taylor said it was “a hell of a lot less” than the mortgage on a house and could be paid off with five years of hard work.

The idea to use earthbags first came to the couple around four years ago. It took two years to get the necessary building permits and another 18 months to construct the home with the help of volunteers from Australia and abroad. “We did run workshops for people to learn about it but the two of us did 95 per cent of the build ourselves,” Kate said. “Using volunteers was not necessarily something that sped up the build, it was more of a pay it forward. Some of the volunteers have gone on to work on their own projects.”

Its interior is well lit with natural light and contains a bedroom, guestroom, kitchen and pantry that could fit its own “king-size bed and desk” with room to spare. Kate said the next step was to add some vegetable gardens, a backyard patio and to paint the structure in a terracotta color. “It’s been quite tiring setting it up but it’s worth it in the end,” she said. “It does look ugly as you build it but I reckon it looks absolutely gorgeous now.”

You can read the original article at gsweekender.com.au