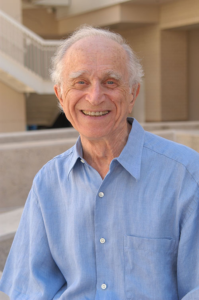 David Easton passed away in February this year at 72. Since the ’70s, he advocated for and experimented with earth as a building material. In a 2018 interview he described how he learned about Rammed Earth and why he chose to try it.

“I found a book on the rack of a natural food store in Jackson, CA that was ‘How to Build Your House of Earth’ by an Australian named Rex Middleton. I was looking for a way to build my own house with a minimum investment in the cost of building materials. I evaluated rammed earth and thought that although there wasn’t much written about it, it seemed to be the most efficient way.”

“What I read, that moist soil compacted directly into movable forms yielded immediately load-supporting walls, seemed too good to be true. As an industrial engineer, I was always working toward increasing efficiencies, and with no sticky mud, no waiting for the bricks to dry, no mortar to mix, and no bricks to lay, rammed earth seemed like a big improvement over adobe. I calculated rammed earth would use one-fifth of the water, one-quarter of the mixing time, and less than 2 percent of the drying time.”

“As labor costs rise, labor-saving systems dominate the building industry. The trend is for lighter-weight elements that are quick to assemble and as close to finished in the factory as possible. The goal is to reduce the on-site labor costs and decrease the total number of days spent from groundbreaking to owner occupancy. The problem with this method of building is that with the primary emphasis placed on speed of construction, decisions of what materials to use and where to buy them tend to be driven by the bottom line rather than by the more important criteria of sustainability and environmental responsibility.”

Rammed earth uses less concrete and steel; it is recyclable; it requires less embedded energy; it is fireproof. It is an appropriate technology for countries with ample labor, correct soils, warm days and cool nights. 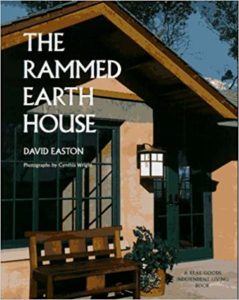 You can read the original article at patch.com