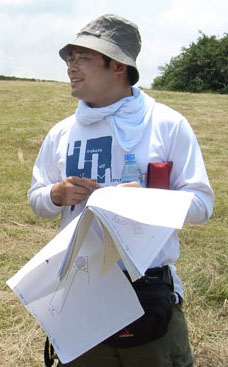 Kikuma Watanabe is an associate professor of architecture at Kochi University of Technology in Japan and is responsible for the design of several wonderful earthbag projects around the world. He collaborated with Akio Inoue (a Japanese professor of philosophy) on designing an eco-village near Lake Victoria in Uganda, and they have helped the Africans build the first model unit of this village.  A detailed account of this project can be seen at earthbagbuilding.com.

Kikuma Watanabe has a refined sense of design that enables him to combine a variety of  forms into intricately balanced works of art. Elongated domes might be connected with vaulted corridors and intersecting circular forms that create fascinating patterns. These forms are often rooted in the local culture with unique features, such as raised thatched cupolas. 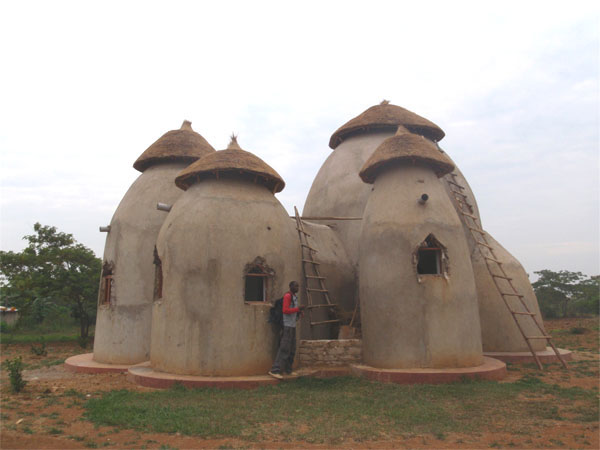 Above is one of the nearly finished units of the Uganda Eco-village. 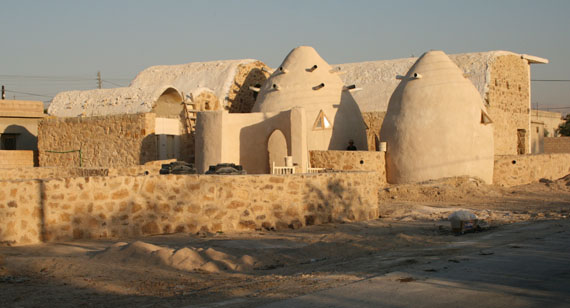 In Jordan, he designed a cultural center for the Al-Jawasreh Society that has three architectural components: Jordan’s traditional stone building, modern reinforced concrete, and earthbag domes. As with most of his designs, this one integrates the building forms intimately with the landscape to create a unified whole. 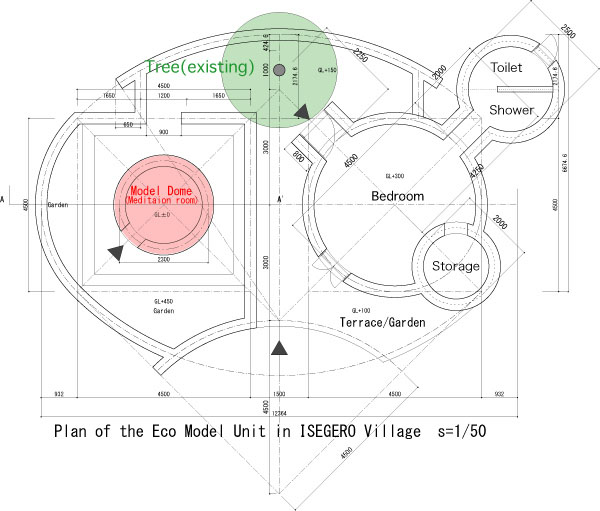 Above is the plan of a model unit in the ISEGERO village, also being built in Uganda. The pink circle is the model dome that is being built there.  After the model dome is completed, it will be used for a meditation room. There is a small earthbag house with bedroom, shower room, and toilet. 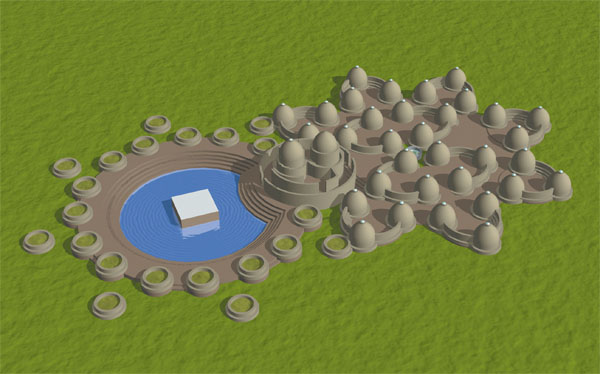 Kikuma Watanabe has also desiged a couple of Mandala Villages for India and Afghanistan that demonstrate how he interweaves functionality with sublime design. When attempting to assist disaster-stricken areas, local people were very pleased with village planning that was shaped with mandalas. These plans may assist in healing the traumatized people.

3 thoughts on “The Earthworks of Kikuma Watanabe”