A collaborative team in Amsterdam have created a floating neighborhood called Schoonschip on a canal. It consists of 46 dwellings with more than 100 residents. Each dwelling has a unique architectural style and various exterior finishes. The project seeks to conserve natural resources while decreasing pollutants. Construction at Schoonschip will be completed later this year.

According to the project website, “Seventy percent of the world is covered in water, and the good thing is that we can easily live on it! Since urban areas struggle with high density, we should make better use of the space on the water. With Schoonschip, we want to set the example and show how living on water can be a great and better alternative for people and our planet.”

For drinking water, residents choose between the municipal water supply or a self-sufficient water purification system. Some units collect rainwater for flushing toilets and watering plants. A green roof covers some of the roof’s surface and helps insulate the dwellings. 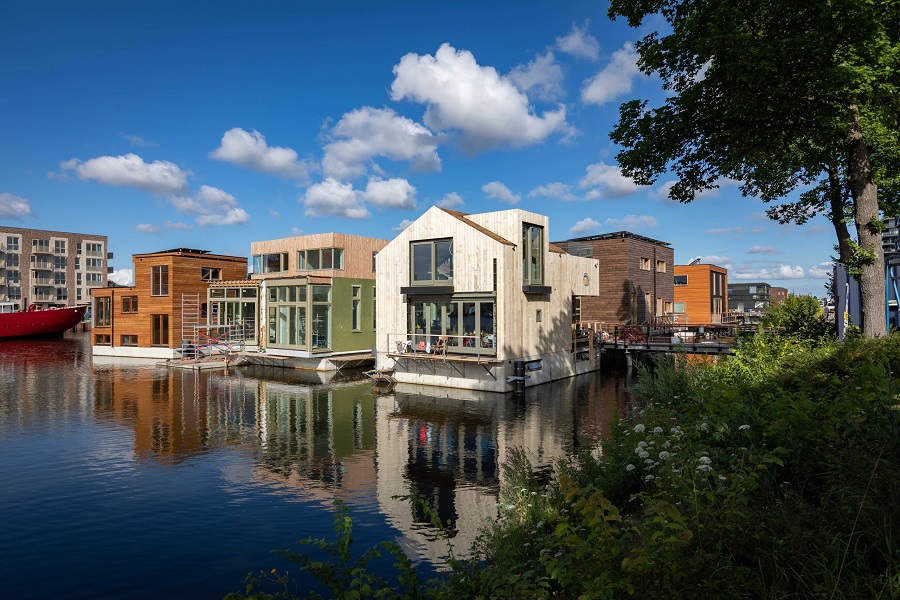 The neighborhood uses renewable energy for space heating, water heating, and powering electronics. Heat pumps extract heat from the canal water to provide space heating for the homes, and solar collectors on the roof preheat water with the sun. Solar PV panels generate electricity from sunlight, and each unit contains a battery to store surplus power. Passive solar heat uses the orientation of the sun to reduce the heating load of each home.

The neighborhood has its own private microgrid and has only one central power grid connection. Schoonschip strives to be energy neutral by producing, storing, and sharing energy generated on-site with other residents. An online platform monitors the energy use of each unit to create aggregate data for the neighborhood. 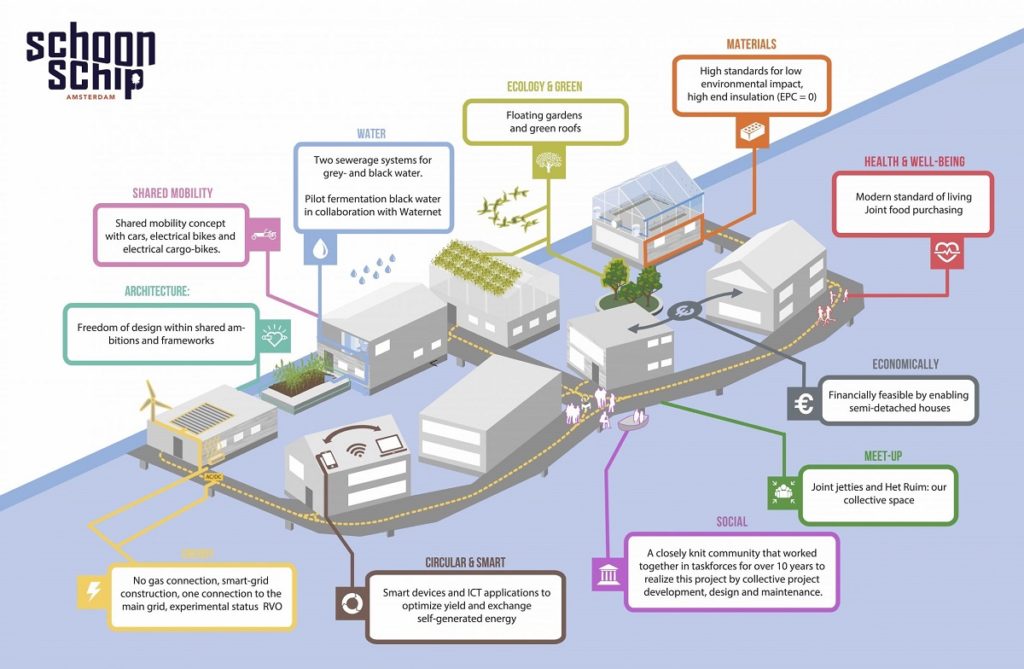 Members of the community work to decrease their environmental footprint, such as with a commitment to renounce individual cars and collectively own electric vehicles. Unfortunately the neighborhood is not affordable to people all economic levels. 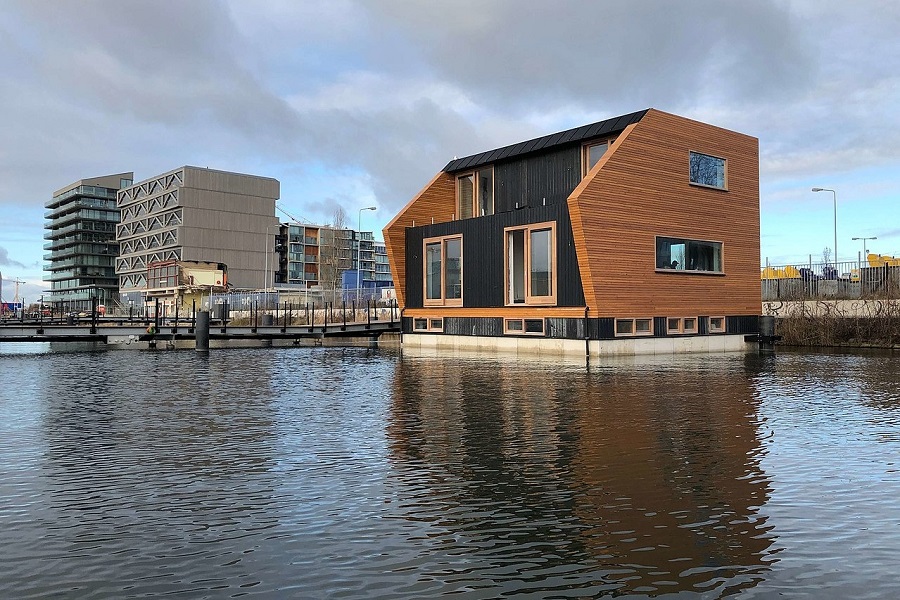 Many large cities are highly vulnerable to sea-level rise. Jakarta, Indonesia, with a population of 10.5 million, is both sinking and dealing with rising sea level. With 14 million inhabitants, Guangzhou, China, has a lot to lose economically. As the most populous city in India, Mumbai has 12 million residents. And in the U.S. many cities are also vulnerable. 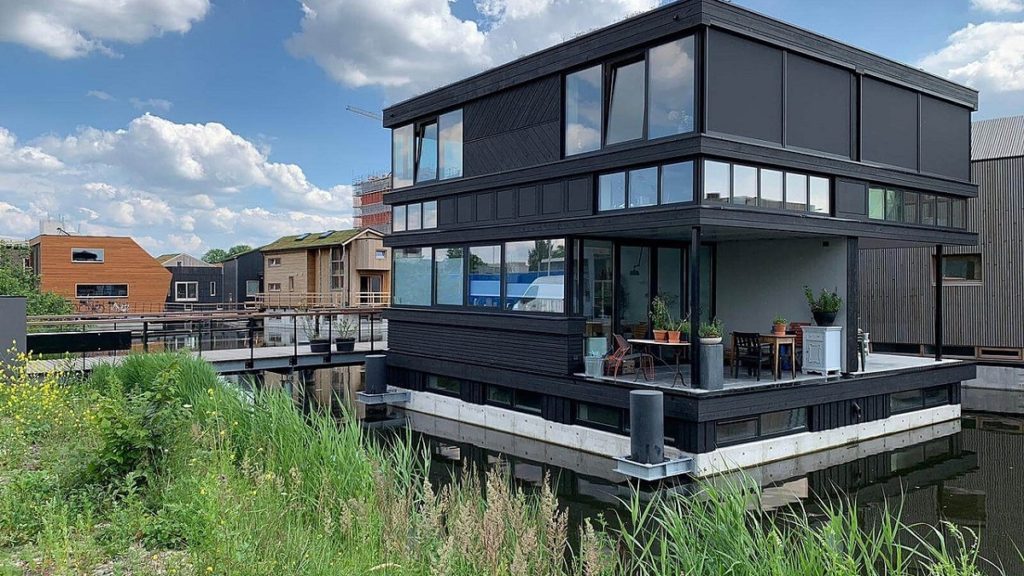 Schoonschip serves as a model for sustainably using the space on water, expanding the possibilities of developing housing near water and conserving resources. As the need for resilient cities increases, it is helpful to have projects that serve as a model.

You can read the original article at earth911.com