At Cornerstone Housing on the outskirts of Leeds is a six bedroom house that is part of a co-operative where the participants have been able to buy the house and then rent it at an affordable price back to themselves as tenants.

Nearby, Chapeltown Cohousing plans to build build an eco-community of up to 30 households, that will share kitchen, laundry, workshops, meeting space, guest rooms and gardens. 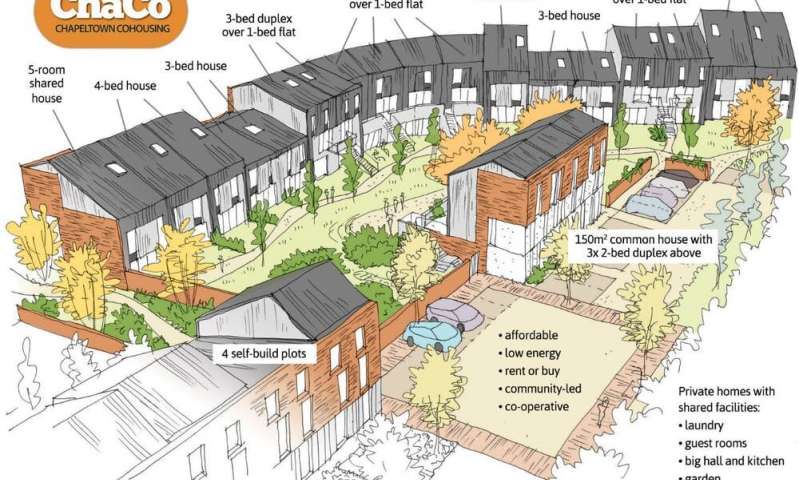 These are examples of intentional communities, where people choose to live together in a way that reflects their shared values. Many people are looking for antidotes to ever-increasing consumption and feelings of social isolation. For some, the solution is to be found in communal living and intentional communities.

Back in the 1970s, many new communities were formed as a backlash to mass urbanization and industrialization. Such groups bought rural property and attempted a “back to the land” lifestyle of greater self-sufficiency. Many of these communities failed, but some, like Canon Frome Court which collectively manages a 40-acre organic farm in Herefordshire, grows much of its own food and keeps cows, sheep and chickens. In the UK there are around 300 listed intentional communities with new ones springing up every year. 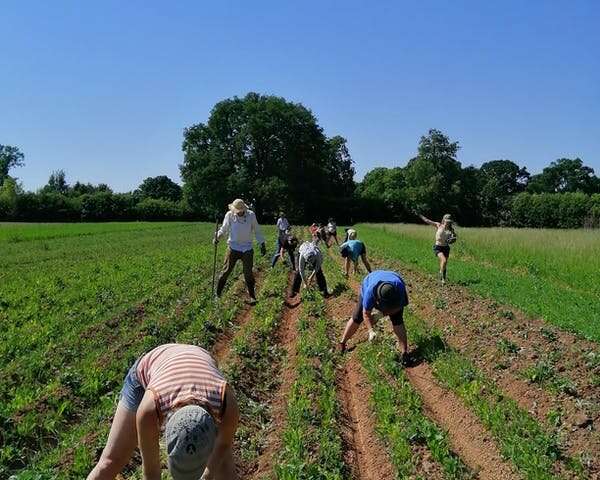 If we were to use intentional communities as a gauge of social discontent, then the multiple pressures of housing, lack of community, an aging society and climate change would be central to this feeling. You can add to these concerns around consumption, global inequality and planetary limits. The solutions to these interlocking ideas include measures made via policy, legislation and global agreements, and also the personal choices made by individuals and groups, like driving and flying less, consuming more ethically, eating a more plant-based diet, changing the way we work and live.

Those within intentional communities would say that they have been ahead of the curve on this for many years, with ideas such as vegetarianism and self-sufficiency often central to their way of life. Some rural communities have embraced low-impact development. For example, Rhiw Las, a rural eco-community in west Wales, has created a sustainable settlement based on strict ecological guidelines.

Meanwhile, urban-based communities, such as Bunker Housing Co-operative in Brighton, look to create high-quality affordable housing for local people. Such co-operatives are based on the principle of collective control and management of property. They enable groups of people who might not have access to secure housing to form a legal entity, which enables them to collectively buy and own property. They also have the capacity to incorporate or support co-operative businesses, such as food or printing co-ops.

Urban housing co-ops are particularly relevant in areas where house prices and rents can be prohibitively high and exclude certain groups, such as precarious workers or younger people. Housing co-ops can offer secure housing options that also empower people and enable them to live within their means.

Radical Routes (a network of radical co-ops) also suggests that when people are freed from excessive rent payments, they are then freer to engage with their communities and participate in social change. Today’s urban communities capitalize on urban cycle networks and public transport. They are also more likely to engage with green transport options such as electric car pooling and on-site work spaces to reduce travel.

Fishponds Co-Build, a prospective community on the edge of Bristol, has created its own sustainability action plan. Together, they have outlined ways they intend to reduce their carbon footprint through communal living.

The ideas fermented communities, such as straw-bale building and shared ownership, are being developed in creative ways to transform rural and urban living. This can incorporate new building techniques, such as PassiveHaus design in Lancaster Co-Housing, and the development of alternative spaces, such as car-free neighborhoods.

Intentional communities may not be the solution to all our problems, but they certainly represent an area of experimentation in the ways we share space, shape community and provide a peek at potential ways forward in uncertain times.