Greensburg, a farming community in southwestern Kansas with a population of 900 rebuilt “green” after a tornado barreled through at more than 200 miles per hour and nearly wiped it off the map in 2007. 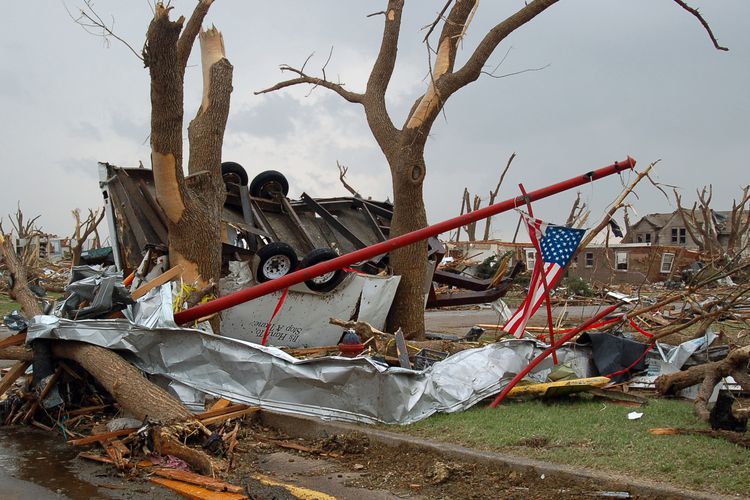 Now Greensburg gets all of its electricity from a wind farm, has an energy-efficient school, medical center, city hall, library, commons, museum and other buildings that save more than $200,000 a year in fuel and electricity costs, according to estimates. They also save thousands of gallons of water with low-flow toilets and drought-resistance landscaping and have LED street lighting. 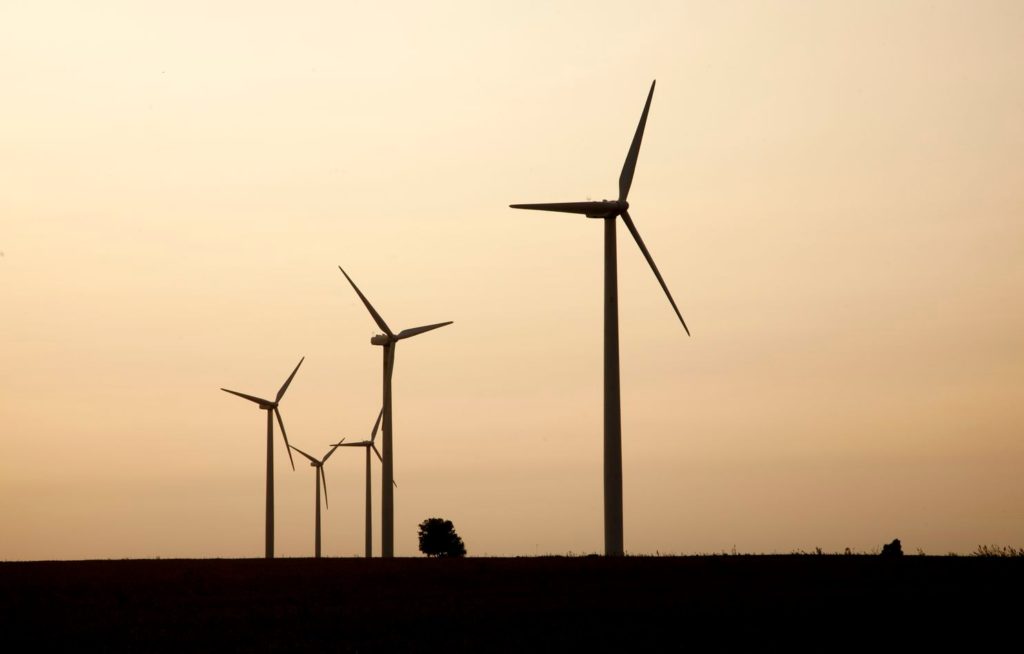 Leaders there are routinely consulted by communities around the world grappling with devastating weather events from wildfires, tsunami, earthquakes and floods.

Not everything has been easy, residents say. A rainwater irrigation system for its Main Street has never worked. Wind turbines were costly to maintain and one toppled into a field. A business park built to attract companies and clean-energy jobs remains empty. 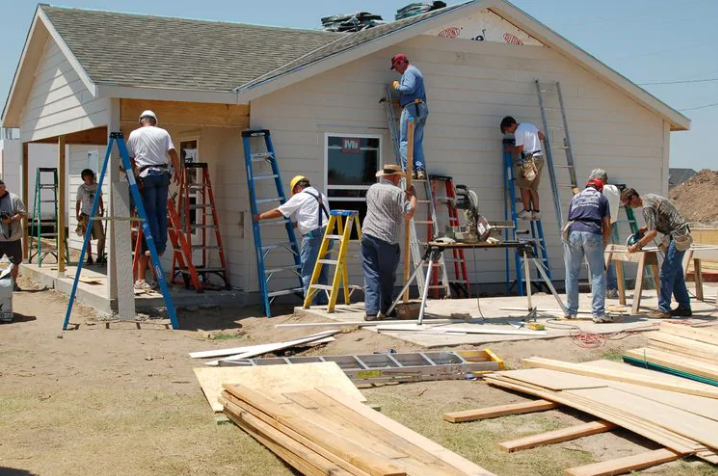 Bob Dixson, a retired postmaster who served as mayor during much of the rebuilding, says “I totally believe that we’re a living laboratory here with a plethora of architectural design and sustainable environmental practices to share.”

“Whether it’s cities like Greensburg or places where extreme weather has hit more recently, or you’re talking about stimulus funds around covid, these are opportunities to rethink the systems we create at a local level, and that’s where a lot of climate solutions happen,” Katharine Wilkinson, a climate strategist said. “So much of the decision-making and where the rubber hits the road is at the local and state level — whether we’re thinking of building codes, investment in alternative transportation or choices about the electric grid.” A recent report on sustainable recovery from the International Energy Agency showed that investments in solar and energy efficiency enhancements could deliver twice as many jobs as the same level of investment in coal or gas in the coming years, she noted. 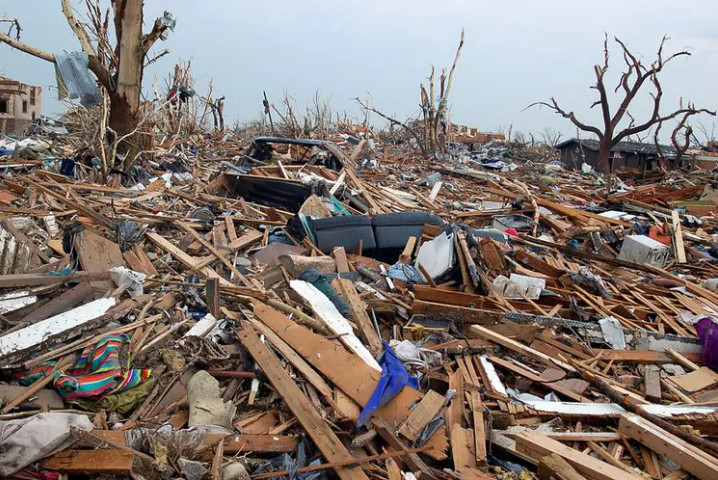 Just a few days after the tornado, Steve Hewitt, the city manager at the time, said that he sat down with  the city council president, and other leaders in the City Hall parking lot to decide the future of Greensburg. They quickly decided that hey should rebuild with smarter, energy efficient buildings. A few days later, when then-Gov. Kathleen Sebelius came to review the damage, she asked them about their plans.

“She said, ‘It sounds like you’re going to build it green,’” Hewitt recalled. “Then we walked out to a press conference and Governor Sebelius said we were going to put the green in Greensburg. We were already talking about it, but she helped brand it and gave energy to what we were trying to do.” 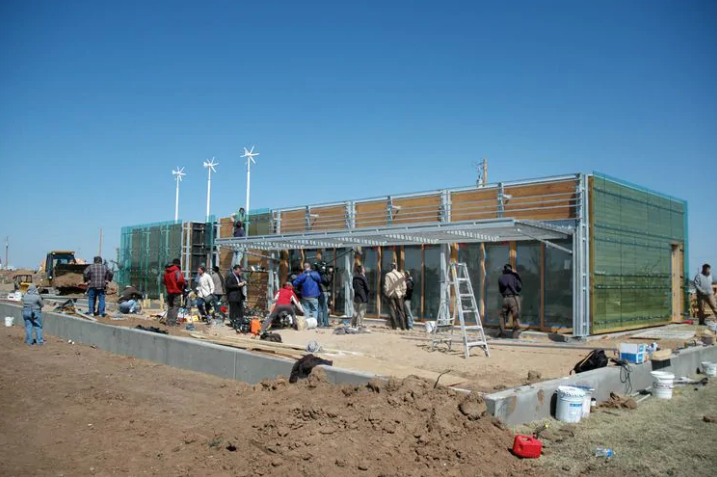 “We tried to approach it in a practical way, not tree-hugger green, but economic green,” city councilman Janssen said. “Ramming stuff down people’s throats — especially in this part of the world — doesn’t work.” 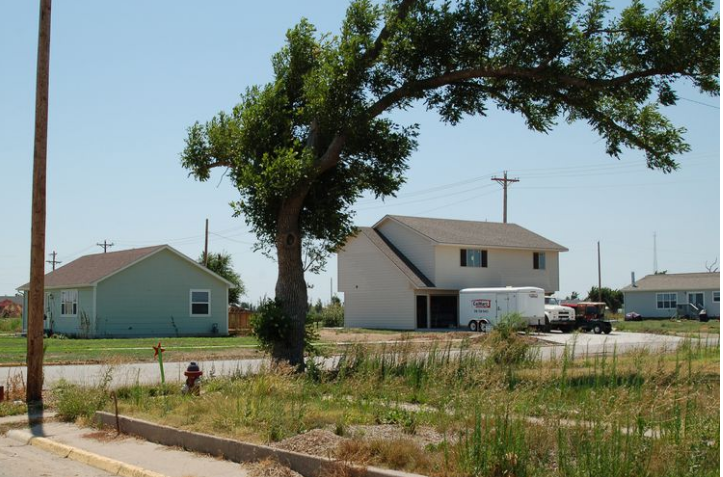 They held meetings in a tent set up downtown, where townspeople commented on the rebuilding plan. And they stressed the practical savings of installing energy-efficient windows and insulation in new homes. According to a recent NREL estimate, energy costs for a 2,000-square-foot home with standard construction in Greensburg are about $1,820 annually. Adding more insulation, an energy-efficient furnace, LED lighting and a small solar panel system would save 70 percent of the energy use and reduce energy costs to $1,260 in the first year, which includes the additional mortgage costs for the upgrades.

By the end of 2007, Greensburg became the first city in the country to require all municipal buildings over 4,000 square feet to be certified LEED (Leadership in Energy and Environmental Design) platinum by the U.S. Green Building Council, a nonprofit organization. That means the buildings meet certain standards for saving energy, reducing the greenhouse gas emissions that are linked to global warming.

More than a decade later, the town has about 400 modest, newly rebuilt homes with green construction features like angled windows that make the most of winter sun, cisterns to collect rainwater for irrigation and geothermal heating and cooling systems. 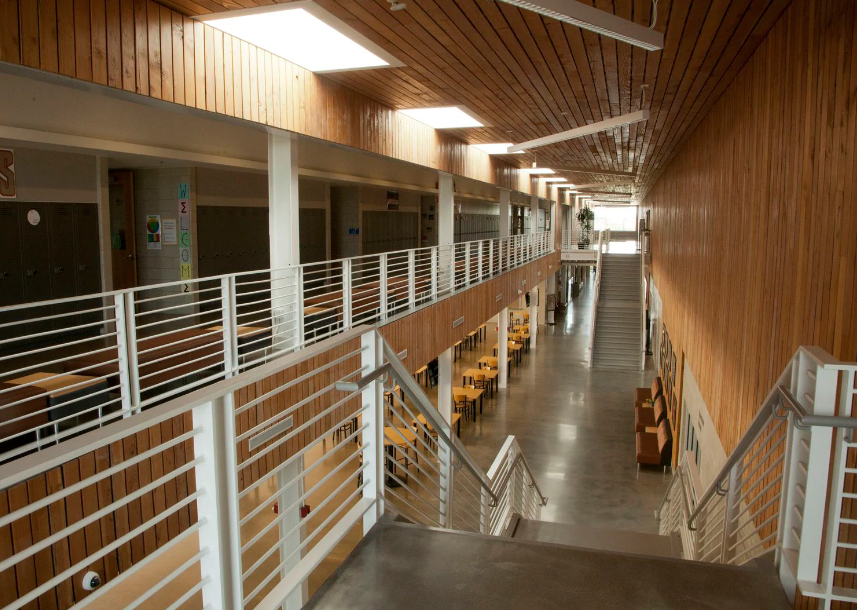 The 132,000-square-foot school for kindergarten through 12th grade has low-flow toilets and waterless urinals, a rainwater capture system for irrigation, lockers made of recycled plastic and cabinets of pressed wheat. Some of the wood trim is from cypress salvaged after Hurricane Katrina.

The wind turbines, which began operating in 2010, are capable of producing 12.5 megawatts of electricity, enough to power about 4,000 homes. The energy generated by the turbines goes into the Kansas Power Pool, which provides power to several municipalities and ensures Greensburg still has electricity on days when the air is still.

You can read the original article at www.washingtonpost.com