This new home of 29-year-old Shelby Howland, owner of Village Carpentry and Landscaping in Goshen, Indiana, is being built with hempcrete. The house is not only a place to live, but is a pilot project for the future of his family business. The 1,600-square-foot, two-story home has been in the works for the past nine months and should be finished by the end of the year. 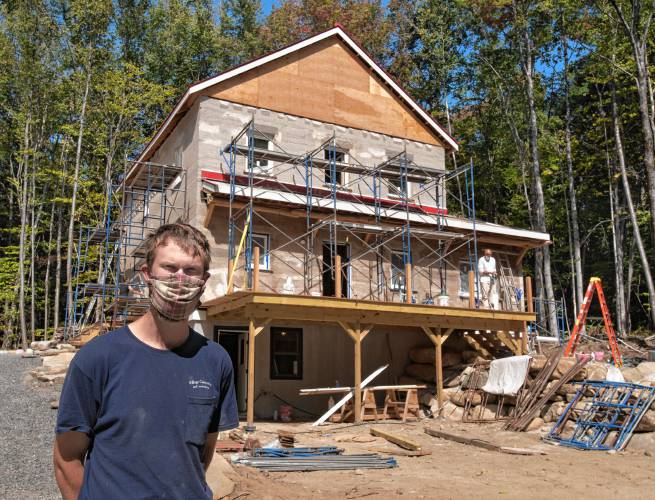 “The biggest thing for me was I’ve cared about environmental things for a long time and have always been looking for ways to build houses that were not made out of plastic,” Howland said, indicating house wrap, vinyl windows, foam insulation, prefinished flooring and asphalt roofing as being made from petroleum-based materials that have large carbon footprints.

“I also have to meet modern code, obviously,” he said. “The big challenge has been trying to figure out a building method that’s carbon negative — something that wasn’t a detriment to the environment. This is kind of the first method that I’ve been told about that itself could be marketable and viable.” 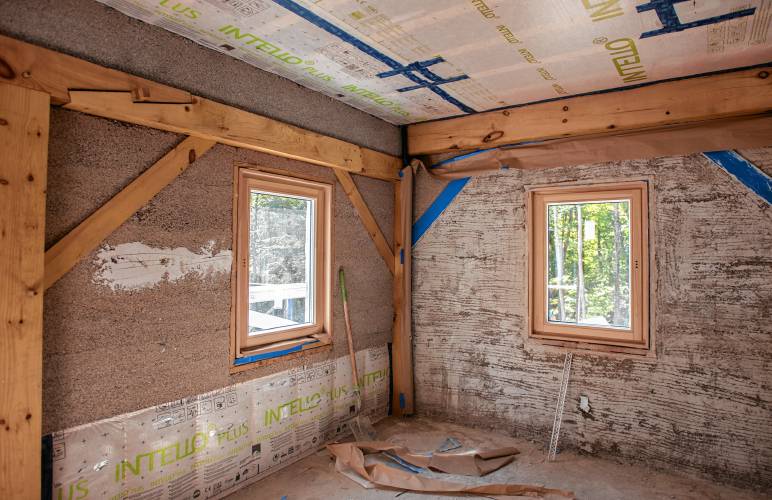 The house is also a collaboration with Chris Magwood, director of the Endeavour Centre, a school in Peterborough, Ontario, that focuses on sustainable new construction. “He’s developing a carbon sequestering calculator for the construction industry,” Howland said, “and this is one of the projects that is being used to test out his beta of that.”

Hempcrete was popularized in the 1970s and 1980s in Europe as a way to renovate deteriorating medieval castles, replacing wooden materials that had rotted away during the centuries. When the house is completed it will be similar to a house in a classic English village. There will be no sheetrock or latex paint, he said. Instead, they’ll be using natural oil-based paints.

To make hempcrete, limestone is mixed with the woody interior of hemp stalks called hemp hurds or shives, making a slurry. The lime works as a binder that interacts with and binds the hemp product, Howland said. The house uses a traditional timber frame, while the hempcrete is packed around the posts. The walls will be finished with a plaster siding; there is also the option to use wood siding. 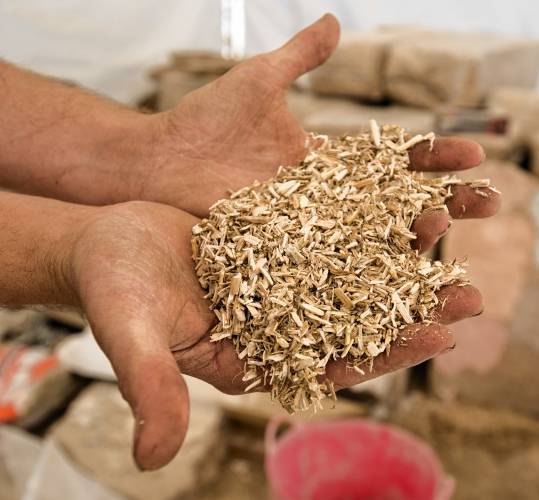 “One of the things about hempcrete that makes it particularly excellent is its ability to hold a lot of moisture in the system without any degradation to insulation quality or mold growth, up to about 80% humidity,” Howland said. “It means that when it’s humid, the walls absorb a lot of that humidity. When you get into colder weather, then the walls release that humidity into the warm building.”

Howland said he plans to form a company to make hempcrete wall panels for house construction projects across the country. “The idea is that in order to make any kind of environmental impact from any new building method, you’ve got to do a lot of it. One good home doesn’t matter,” he explained. “It’s got to be thousands in order to make any good carbon difference.” 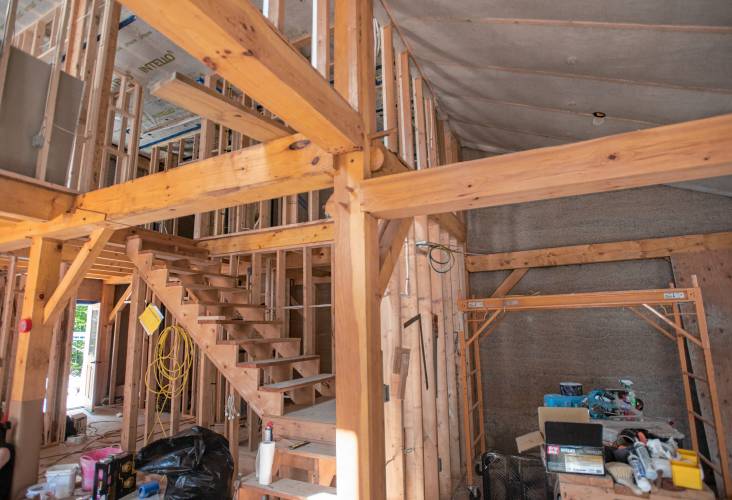 Howland said he’s excited for the future of the construction company in regards to furthering its environmentally sustainable building practices. “To me, building in an environmentally conscious way, if we can make it affordable and approachable as a building modality, that’s really going to be the future of climate change because it has to be a market-driven process. People aren’t going to want to pay extra or do extra work to fight climate change. If it’s going to cost too much, people are going to turn away from that.”

You can read the original article at www.gazettenet.com