The Sunflower House is located in Le Marche, Italy, known for its rolling farmland and yellow fields of sunflowers, which is the inspiration for the design is this house. The idea is to harness the power of the sun, so it’s roof and each floor rotate on sensors for maximum sun exposure or for optimal performance and user comfort to maximize or minimize the heat gain, especially in the extreme heat conditions recently experienced in the Mediterranean climate. This can result in gaining the highest possible solar power generation on site, yielding an estimate 40% increase in energy production. 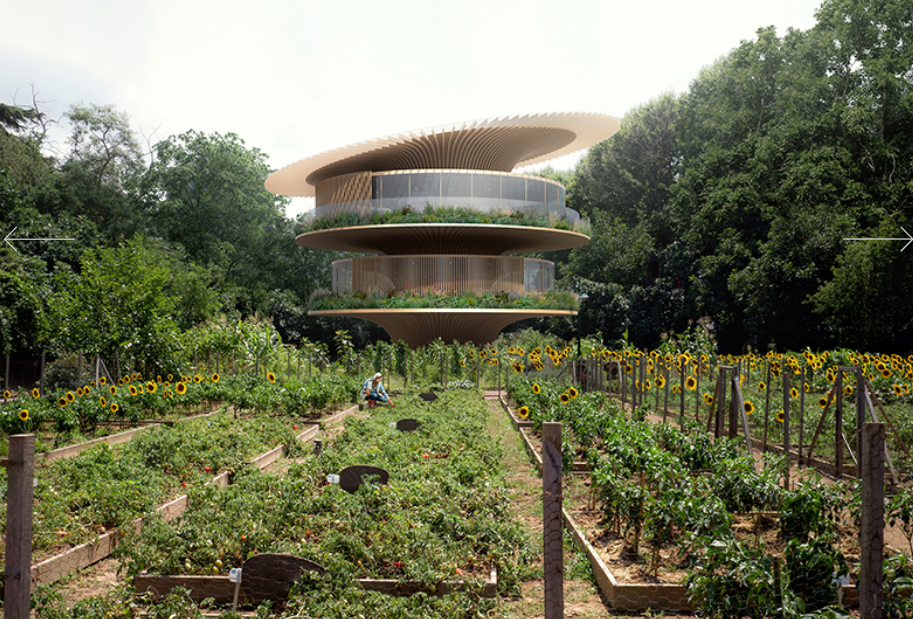 The house is naturally air-conditioned by use of earth tubes; a technique invented by the Romans. The sun heats up the chimney causing the air inside to rise, thus drawing air through the cool pipe. The pipe cools the air drawn from the outside to the temperature of the earth at the depth at which it is buried. 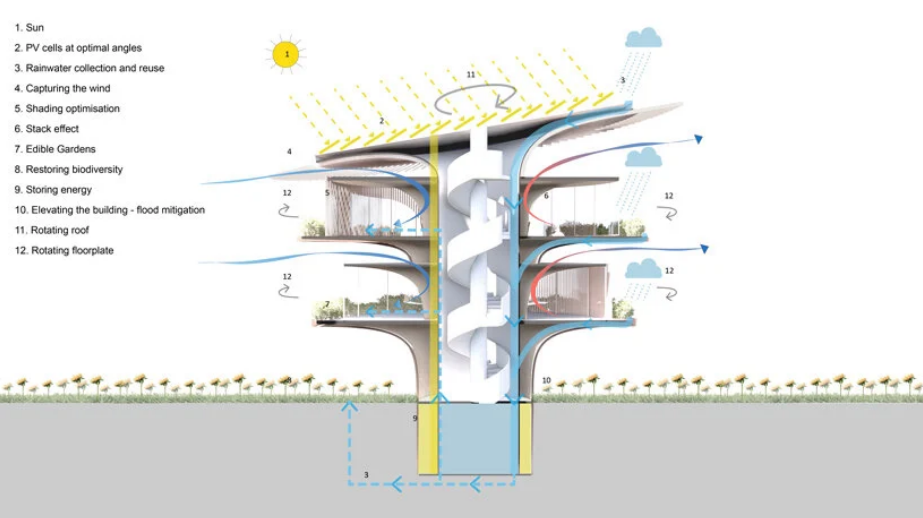 Koichi Takada, the visionary and designer, explains that “designers and architects talk about drawing inspiration from nature in an aesthetic sense but we must go much deeper than that.” This visual inspiration is one form of biomimicry, where humans design buildings or spaces to look like something found in nature. Takada believes that we must not use biomimicry to superficially reproduce nature just for its beauty, but rather we must reproduce its environmental benefits. “It’s not just about making a building look natural, it’s about creating positive environmental change in the homes we live in, the neighborhoods we work and play in, and ultimately the planet we are privileged to inhabit.”

“Artificial structures require large foundations, but with sunflowers nature achieves a beautiful balancing act,”  says Takada. “There is minimum intervention on the ground so the earth has room for other activities, yet the sunflower magically nods its head to bathe in the light.”

Energy that isn’t used can be fed onto the grid or stored in batteries and rainwater is collected and used for irrigation and toilet flushing. The perimeter around the roof shades the windows below and aids in ventilation, and a secondary rotating mechanism over the glass walls protects the building from solar radiation. 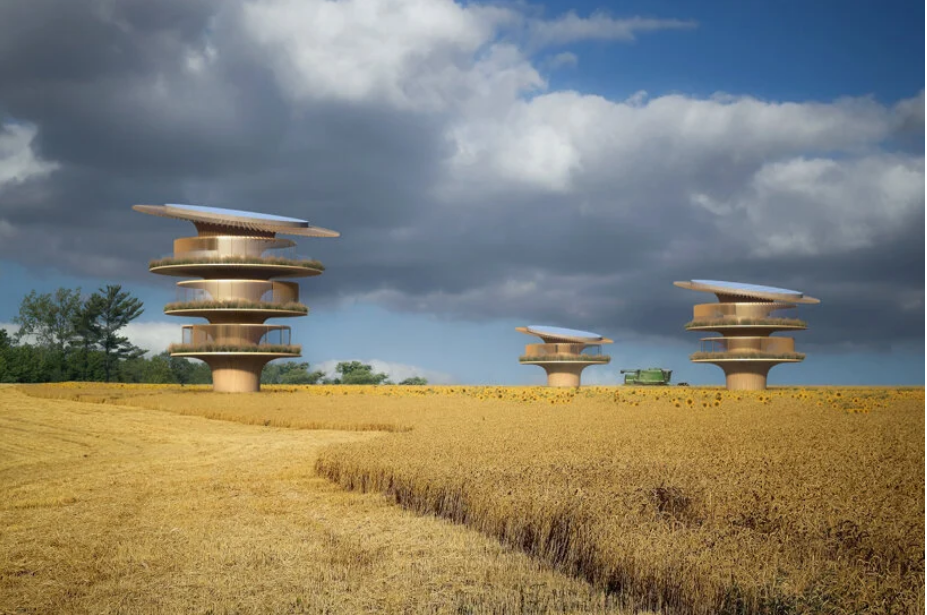 Each floor of Sunflower House hosts a two or three bedroom apartment, and each building can be as high as three stories. Scalability opens up the possibility of creating a climate-positive neighborhood inspired by sunflower fields, in which the plants self-organize, unfurling in a zigzag pattern to avoid overcrowding and maximize exposure to sunlight.