Massachusetts architect Malcolm “Mac” Wells said, “We are paving and roofing this country to death.” As the environmental movement was gaining steam in the United States, he swore off contemporary design in favor of energy-efficient subterranean dwellings. 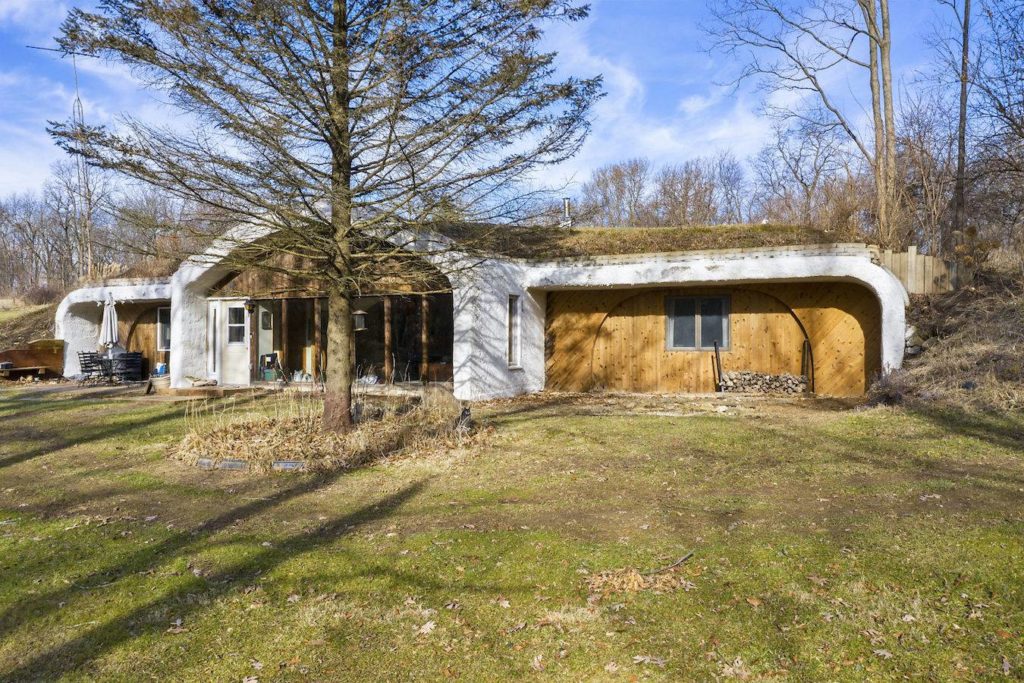 It is estimated that as many as 2,000 Wells-inspired “earth-sheltered” homes, or earth homes, were constructed in the U.S. in the 1970s. Caterpillar engineer Jerry Dobyns stumbled upon the architect’s creations in Mother Earth News magazine. 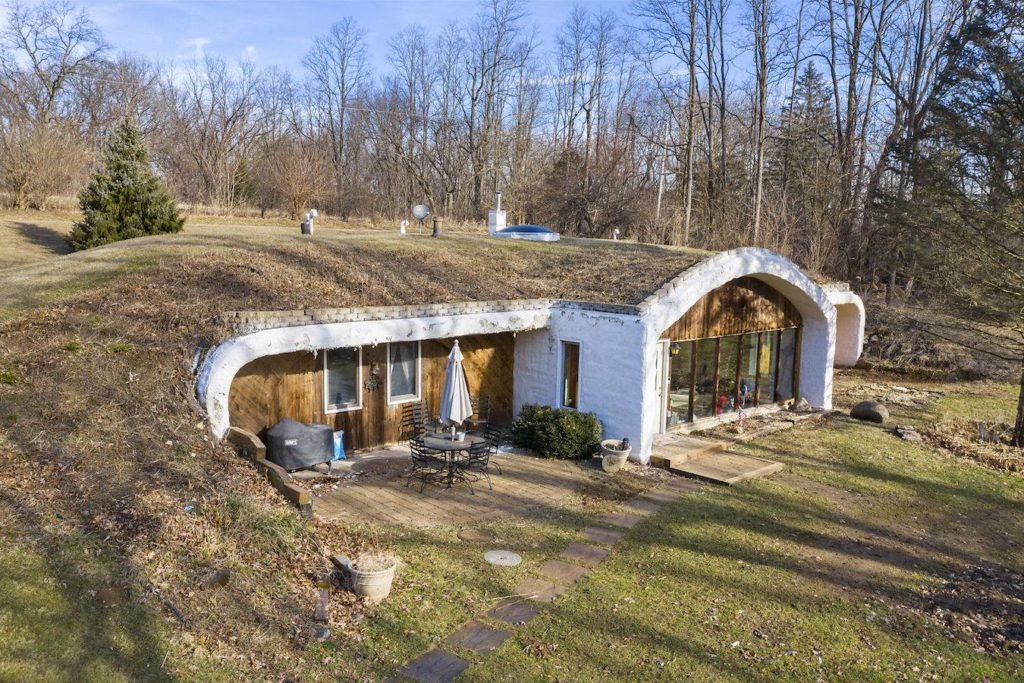 “It was his dream to build one,” says Jerry’s daughter Kim Dobyns, who just listed her late father’s three-bedroom home in Sheridan, Illinois, for $185,000. “He had a free-love and save-the-planet mentality, and was very conscious about keeping utility costs down after the gas shortage in the ‘70s.” 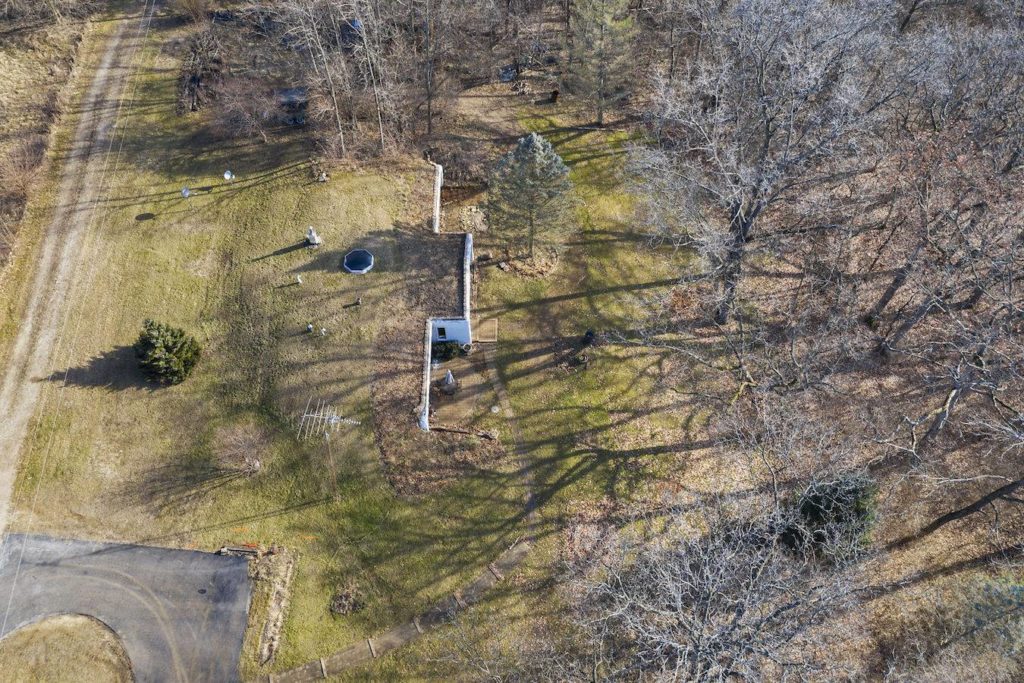 Due in part to Jerry’s commitment to thriftiness, it took him until 1985 to fully realize his dream. He purchased seven wooded acres of land on the outskirts of tiny Sheridan, about an hour’s drive west of Chicago, and moved his family into a two-bedroom trailer on-site while he planned the construction of his green abode. 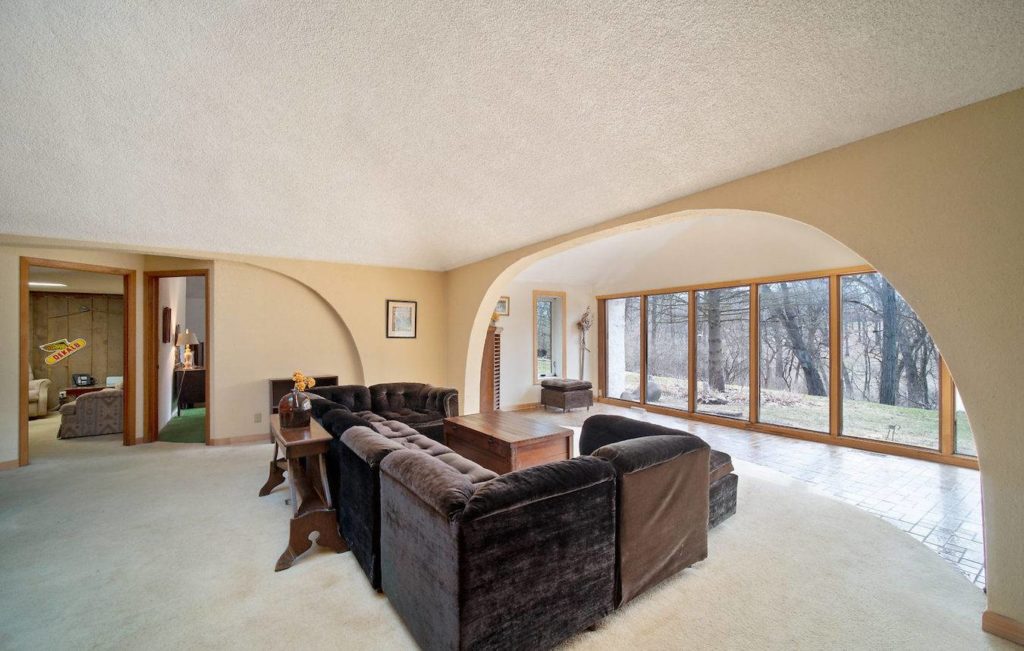 The project broke ground in 1982, with Jerry’s father, an excavator by trade, doing much of the hillside digging and sewer work. Jerry did most of the rest himself, along with hired hands he’d bartered with for help. By the time the home was finished three years later, the 1,986-square-foot structure was more than Jerry’s living quarters. It became part of his identity. 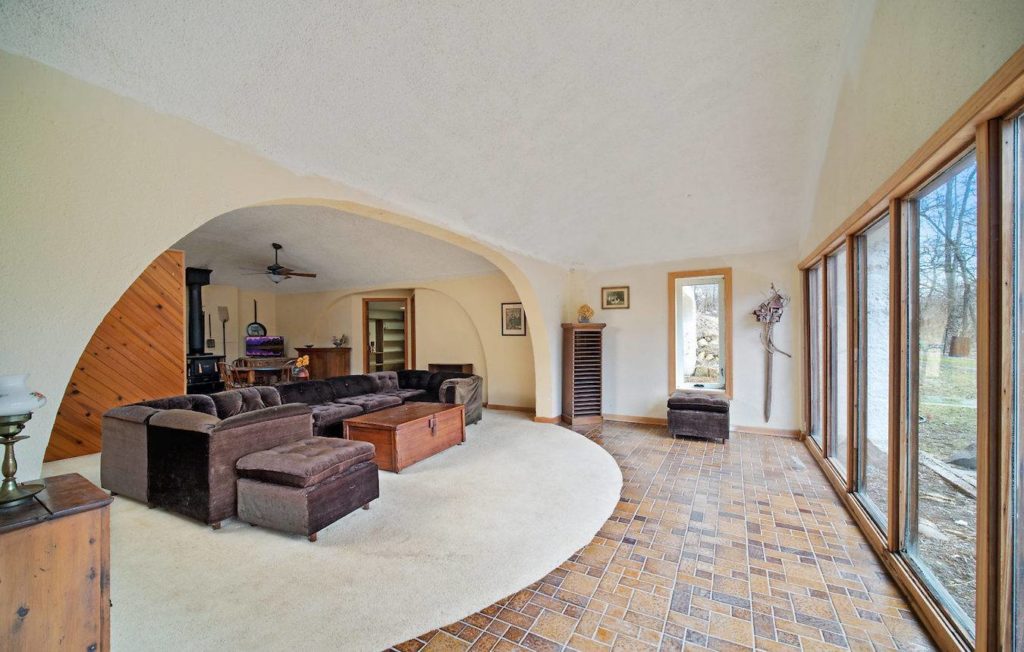 “I can’t tell you how many summer vacations we spent looking at earth homes around the country,” says Kim. “He made lifelong friends with other earth home owners.” 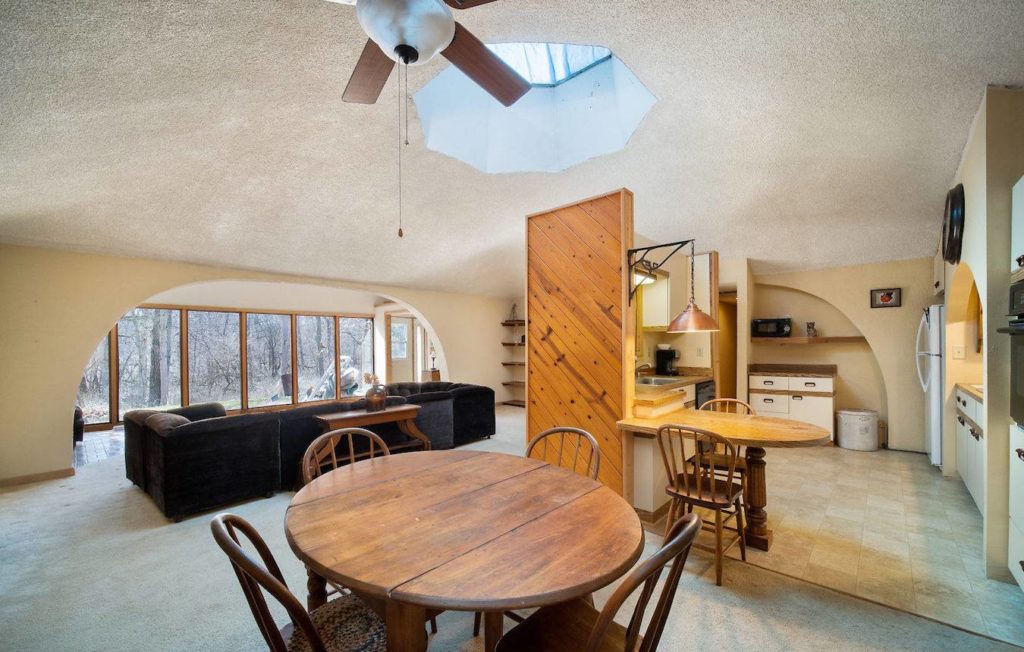 With its wood paneling and brown-and-beige color scheme, the earthbound dwelling evokes a man cave in the literal sense. But thanks to floor-to-ceiling windows and a six-foot skylight at its center, the home is surprisingly sunny. High ceilings and an open floor plan keep the place from feeling cramped, and utility costs are next to nothing due to its earth-sheltered walls.

You can read the original article at www.chicagomag.com

5 thoughts on “Underground Home for Sale in Illinois”