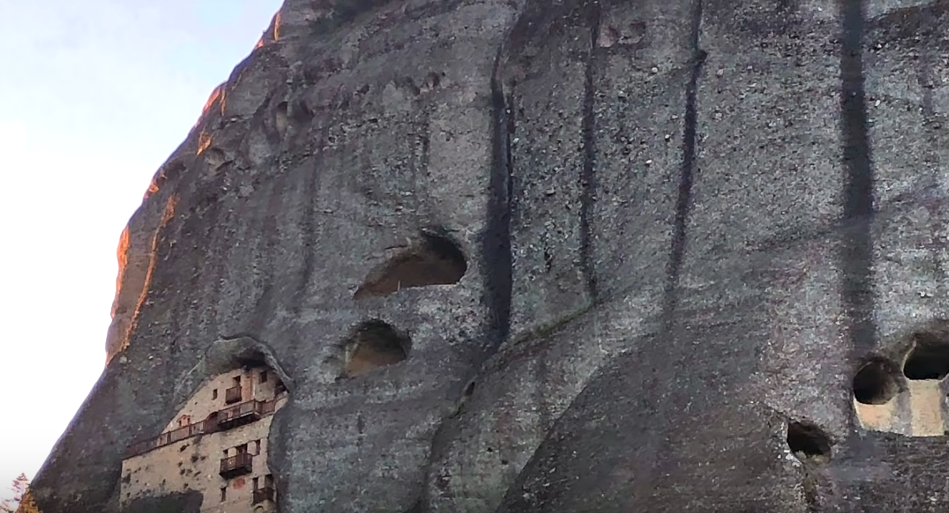 Hermits clamped their dwellings on to Meteora boulders in Greece. Meteora has been considered a holy place since the Paleolithic, several millennia before Christians were attracted by the area’s majestic boulders. Later, monasticism flourished since Byzantine times, during which at least 24 monasteries were founded and maintained. Today, only six of them are inhabited. Meteora  has been designated as a UNESCO World Heritage site for protection given its universal value as a cultural landmark. In the Orthodox Church and Eastern Rite Catholic Churches, hermits live a life of prayer and service to their community. The poustinik is a small hut or “cell” available to all in need at all times.