I just received this email from DJ Rankin of www.unshelteredearth.com:

First off I’ve got to express how grateful I am for the immense amount of invaluable information and resources you’ve put together; this project would not be what it is without the research I’ve been able to do through your site.

I wanted to share what we’ve got going on with you, I think you’ll be into it and any feedback you have is more than appreciated. We’re building  earthbag homes on Rosebud Reservation in SD; I’m part of a
spiritual community there and am helping to organize volunteers and supplies. 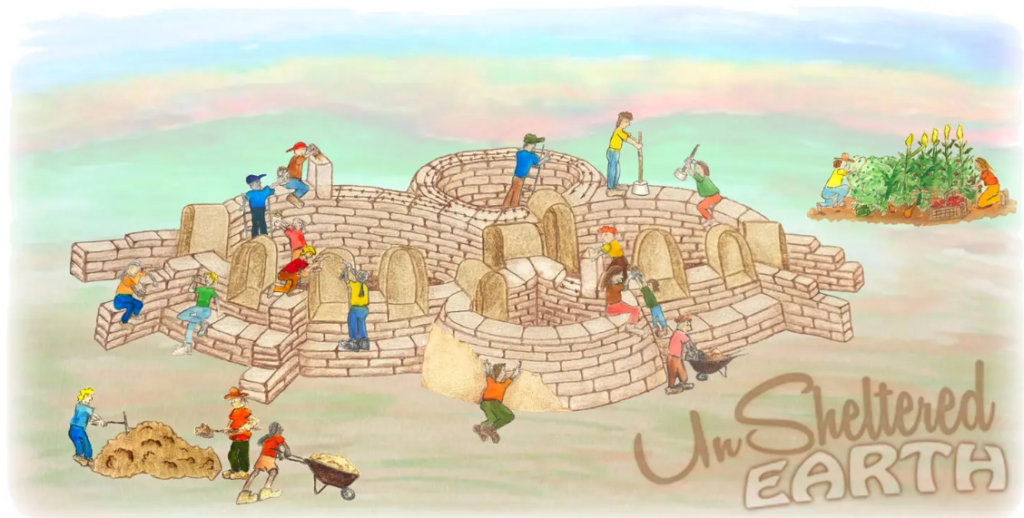 I had only heard of earthbag a few years ago and last winter had the opportunity to compete a project with them in southern Colorado. It wasn’t until after that when I really dug into researching them and
found your stuff. The housing issues on the reservation had already been heavy on my heart, a lot of the people I know are crammed into decrepit FEMA trailers with snow-collapsed roofs. So then this past year when I was out there I was approached by a local non-profit about putting a project together and it’s all fallen into place as it should.

I’ve been living an alternative way of life since I spent the winter at the Standing Rock pipeline resistance camps. I’ve  been traveling without money for four years and published a few novels along the way, the latest of which heavily features earthbag construction, as I tried to manifest the vision I’m working toward instead of the one I was fighting against. And now that path has opened up right in front of me. 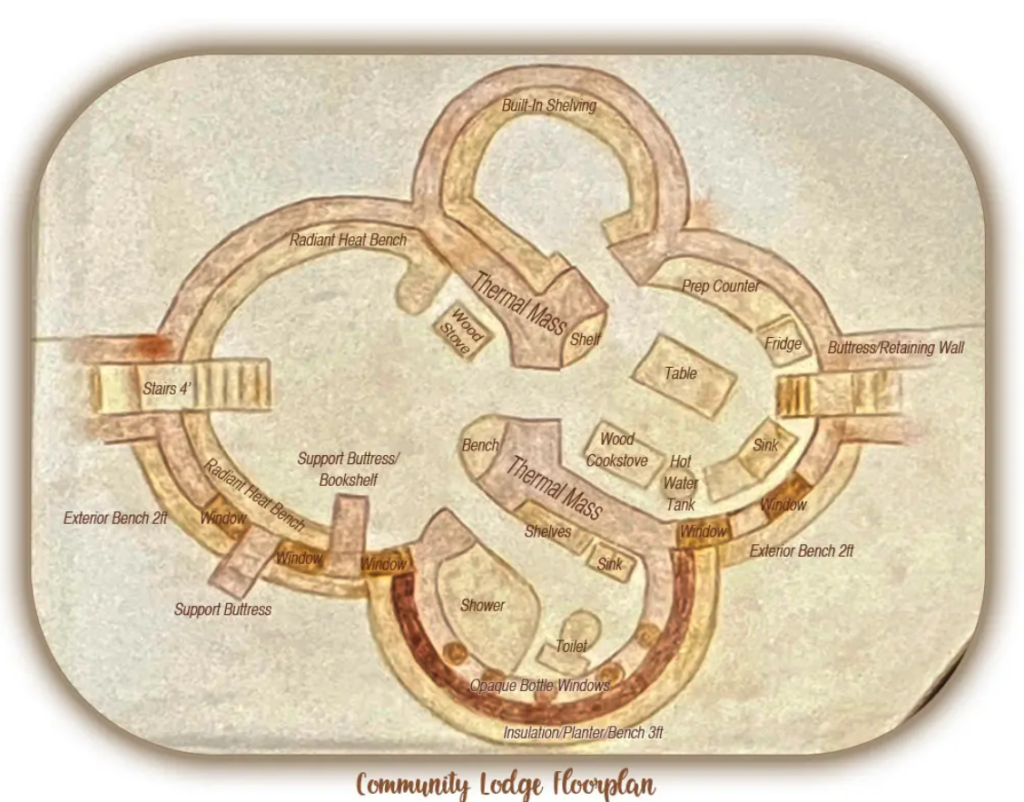 I would so love for you to check out the project. And if you’re into it I’d love any constructive criticism, design advice, direction on gathering supplies, or anything else you might think of. But really just knowing you even checked it out is an honor of itself. Thanks for everything.

So I went to www.unshelteredearth.com where I found the images shown here and much more information about their project, including:

Our planet is undergoing a massive transformation. Our people must evolve the way we live upon her if we are to survive the coming changes. It’s time to shift from fighting against a broken system to creating one that works. 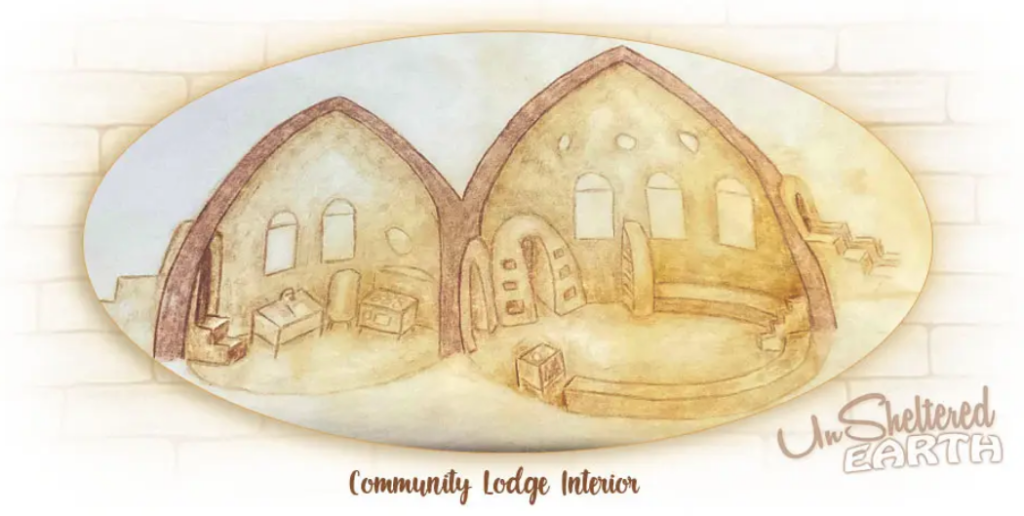 Millions are already living unsheltered, a population that’s seen drastic growth throughout the past year of financial hardship, civil unrest and ecological collapse. We’re amid a pandemic of homelessness that has spread into communities well beyond the poverty line.

In a country with six times the number of empty houses than homeless, the problem is not lack of housing, the problem is a system that values the banks and Wall Street over the life quality of our least fortunate. The exploitative nature of the rent and mortgage system simply funnels the wealth to those who already possess it, as the rest who are struggling to survive are only cast further into the shadows.

Our project aims to level that playing field as we strive to ensure that every human being is allowed a place to exist. Access to food, water and home are fundamental human rights, given to us by the Earth, no man-made law can take these away from us.

I encourage you to check out what they are doing: www.unshelteredearth.com

1 thought on “A Wonderful Earthbag Project on the Rosebud Reservation”