When built, designed and maintained properly, green roofs have many more advantages than disadvantages. The vegetation reflects most of the direct sunlight rather than absorbing it, and the moisture prevents heat gain from the structure, providing energy savings for cooling. In arid climates, the increase in thermal inertia will increase comfort and reduce temperature fluctuations inside. Also, it is generally a potentially usable and pleasant green space. 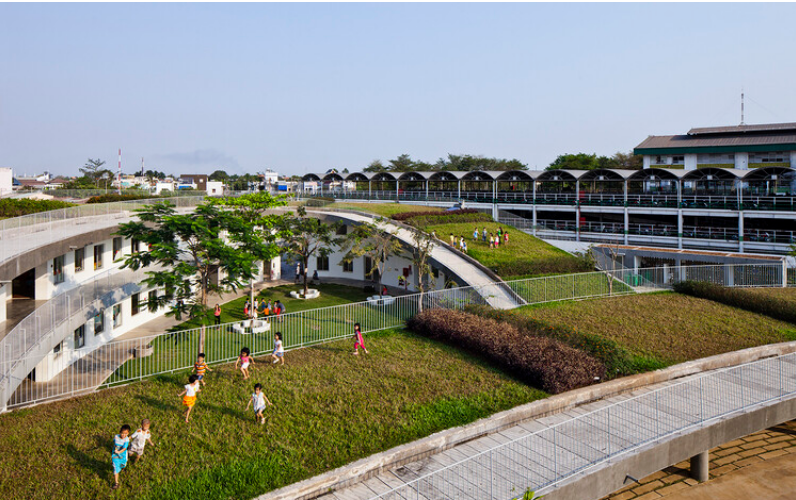 The creation of green roofs in cities can mitigate some serious problems. The use of green roofs in cities can moderate the heat island effect, especially during the day. Green roof temperatures are considerably lower than conventional roofs and can reduce the city’s ambient temperature by up to 5°F. In other words, they are highly efficient devices to reduce urban heat islands.

Green roofs help control runoff and rainwater retention, which an help control flooding. Usually all of the pollution and dirt present in the streets ends up going directly into drainage systems, which can pollute rivers and streams. Garden roofs dampen and filter a good part of these impurities. Green roofs captured up to 80% of the rain during storms, and as the plants mature and root systems grow, rainwater retention may even increase. The growing medium and plant material from the roof also act as a filter and help to neutralize acid rain and trap dust and airborne particles. 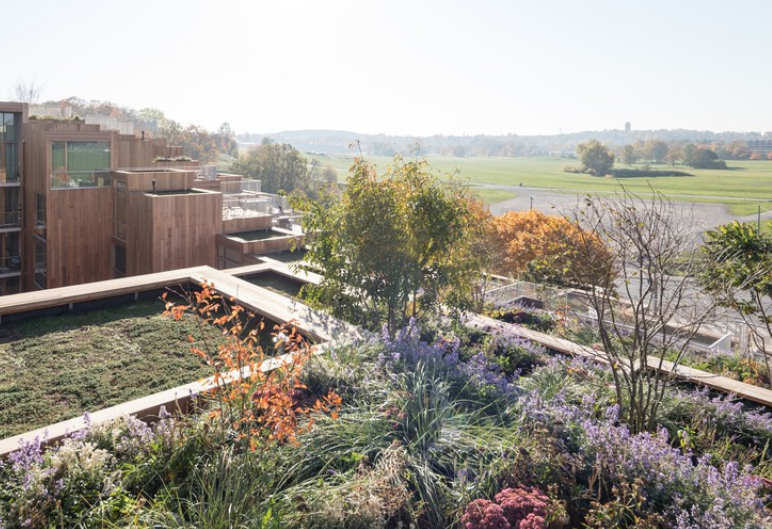 Then there is the potential for urban farming and a new habitat for beneficial plants and animals in urban areas, helping to increase biodiversity.  Understanding the local climate and vegetation and the environmental constraints to implement the garden is vital for success. While installation may involve higher upfront costs than a traditional roofs, there are many economic and urban benefits that can outweigh this. They can be extremely beneficial to both the private and public spheres. 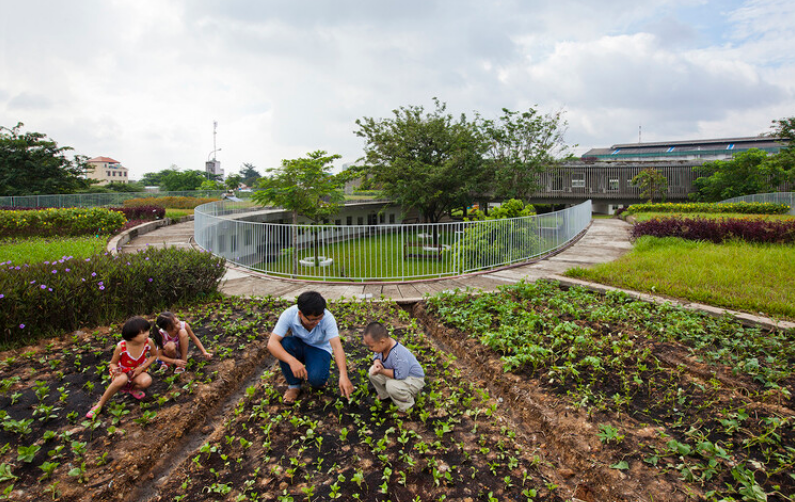