Marks Barfield Architects designed the Cambridge Central Mosque that is respectful of its surroundings while incorporating traditional Islamic design aspects, including geometric patterns that symbolize the infinite. The building, which replaces an old mosque that had become too small for the congregation, was designed around the idea of a “calm oasis of contemplation” situated within a grove of trees and informed by the garden of paradise. 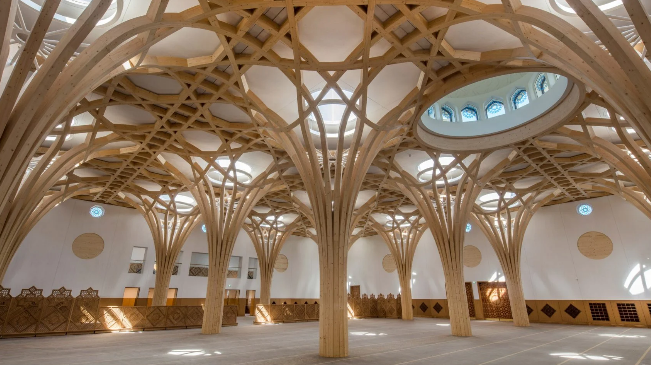 Timber was used to create tree-like pillars that join to form an interwoven, octagonal canopy that holds up its roof. The tree-pillars can be seen throughout the building, as well as outside, giving it a clear visual identity. 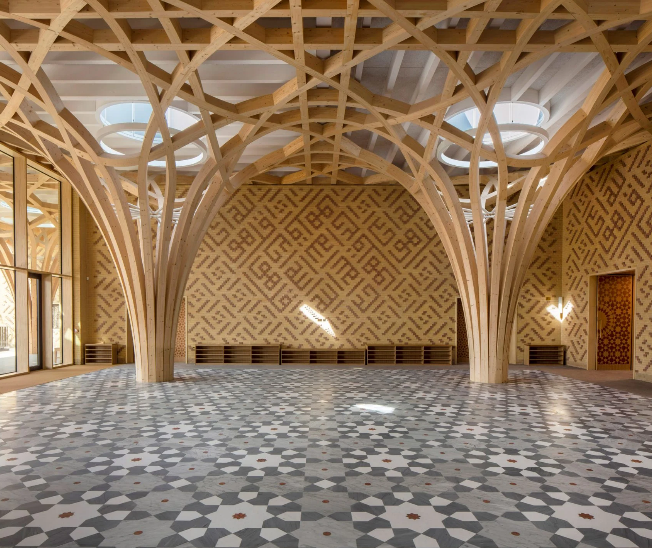 “The calm oasis was very much a starting point,” says Julia Barfield, who designed the project with her late husband and studio co-founder David Marks. “The fact that a mosque is a place of tranquility and calm reflection and the most natural area to do that is in nature, in a garden of trees.” 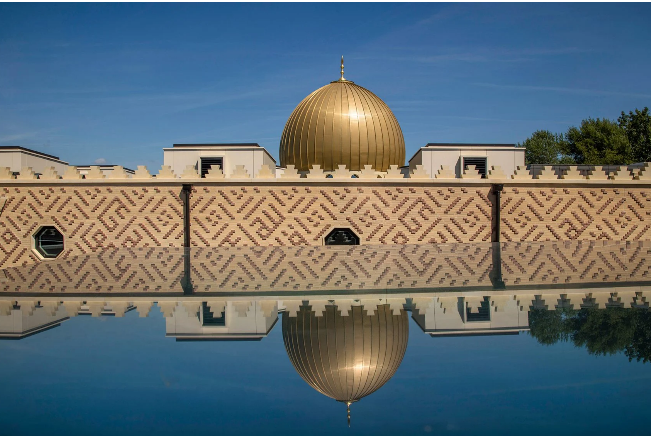 Surrounding the tree-like pillars are structural timber walls made from cross-laminated timber (CLT) clad in masonry tiles. These have been topped with a castellated parapet to symbolize the meeting of heaven and earth, around the domed roof. Domes are significant in Islamic culture and symbolize heaven and earth, making them a common addition to sacred architecture. 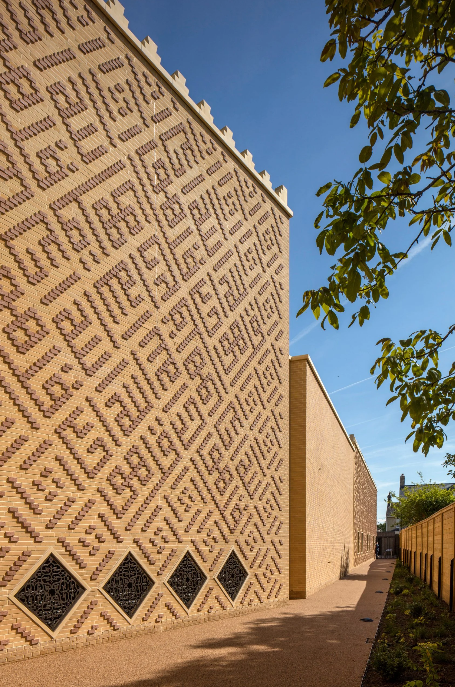 The yellow gault bricks are common in Cambridge and since the facade bricks aren’t structural, the studio was free to create an imaginative design that also references traditional Islamic design. “They’re not full bricks, they’re almost like tiles,” Barfield said. “Because all of the structure is timber, the bricks are just the envelope and we had a bit of fun with expressing the fact that they’re not structural by putting patterns in the brick.”

The walls of the mosque contain a message formed by bricks in square Kufic calligraphy writing – a style of Arabic script traditionally used for transcribing the Quran and for architectural decoration. The script reads: “Say he is God, (the) one” repeated with rotational symmetry. Geometric art, which serves a religious purpose of showing “what lies behind the manifest world” was also embedded throughout the building. 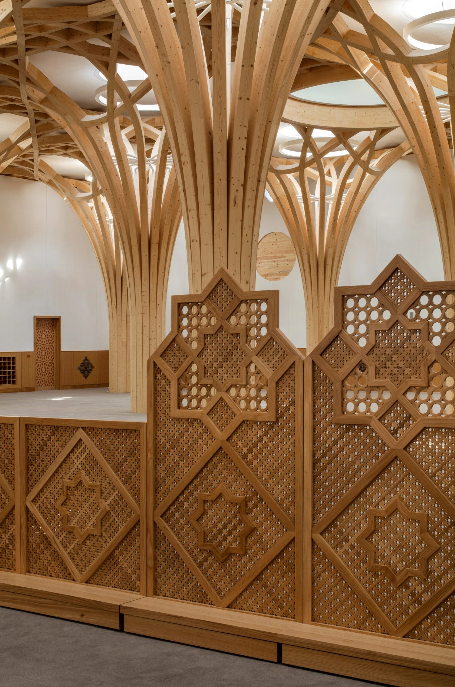 “There was definitely a desire within the community in Cambridge that it should be a very women-friendly mosque, and it was designed so that it could be flexible,” Barfield said. “The mashrabiya screen, which separates men and women, is not a permanent fixture. It’s something that can move or indeed be removed.” “We also have dedicated areas for women and children, and for women at the first-floor level,” she added.

Sustainability was also high on the agenda for the Cambridge Central Mosque. Timber was chosen as the main material for the building because of its sustainability credentials, and the mosque was designed with a minimal carbon footprint. Its form and fabric specification enables the building to be naturally lit during daylight hours and naturally ventilated throughout the year. 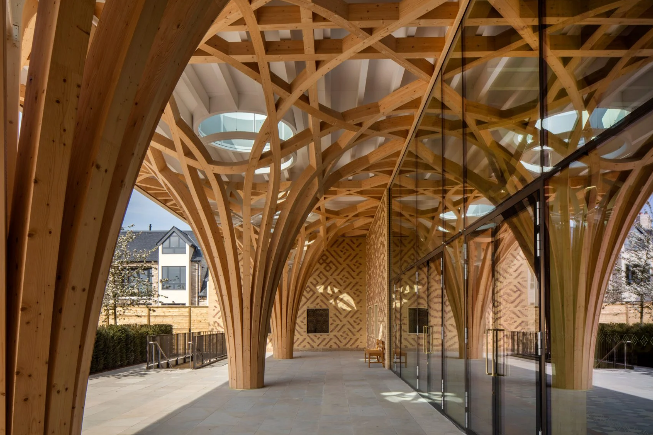 The mosque is part-powered by solar power, which covers all of the hot water used, all of the cooling of the building and 13 per cent of the heating. It also harvests rainwater for flushing toilets and for irrigation. 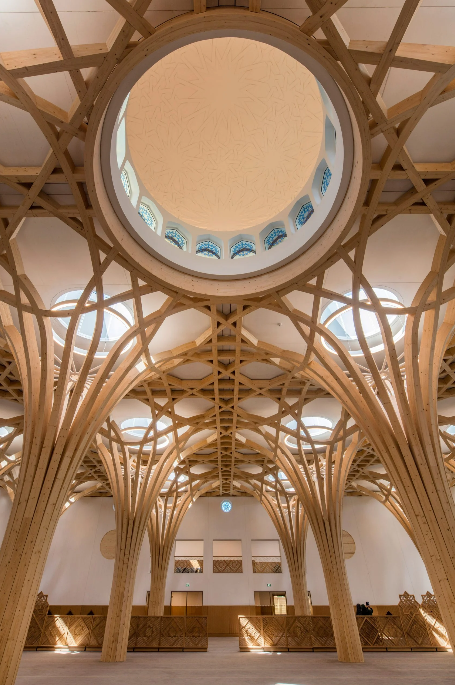 “I’ve become quite involved in the climate emergency movement and I’m very happy that even though it  was designed ten years ago, it is able to actually show a low-carbon, low-energy way forward,” Barfield said. “We have zero-carbon on-site and we’re generating energy with PVs,” she added. “It’s fabric-first and of course it’s not perfect, obviously, but I’m very happy that it is, from a sustainability point of view, very ambitious.”

Photography is by Morley von Sternberg.

1 thought on “The Cambridge Central Mosque”