Elliston, a tiny town in Newfoundland, Canada’s most eastern province, was traditionally a fishing community. Cod was king, until in 1992,  the Canadian government imposed a cod fishing moratorium. Overnight, thousands of livelihoods were wiped out. Many locals left for work in other provinces.

Some enterprising residents decided to put some of the legendary Newfoundland bootstrapping spirit to work and came up with the idea of publicizing the abundance of traditional root cellars that dot the region to attract tourists. 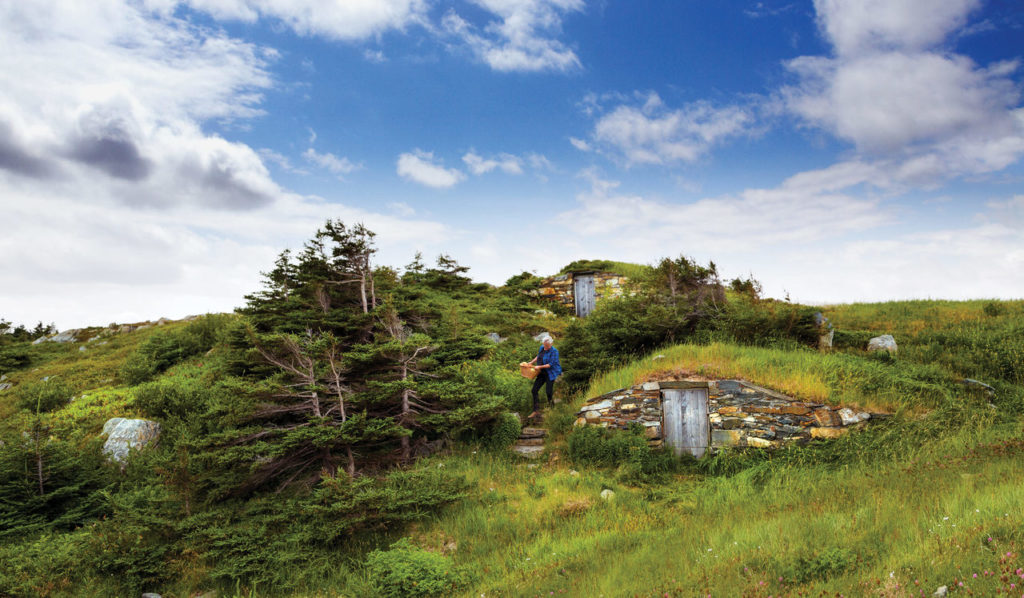 Venturing inside your typical root cellar, a small vestibule leads to a door, beyond which is a small, dark chamber redolent of earth and moss. Troughs all along the walls hold root vegetables: potatoes, beets, parsnips, and carrots.

From the outside, the grass-covered mounds with their latched wooden portals seem like quaint homes for hobbits. But for centuries, such cellars kept Elliston residents alive. “Everyone had a cod fishing boat, a subsistence garden where they grew root vegetables, and a root cellar to store them during the long winter,” says Coles-Hayley. “Before refrigerators, root cellaring was essential in winter. Without them, people would not have been able to survive.” 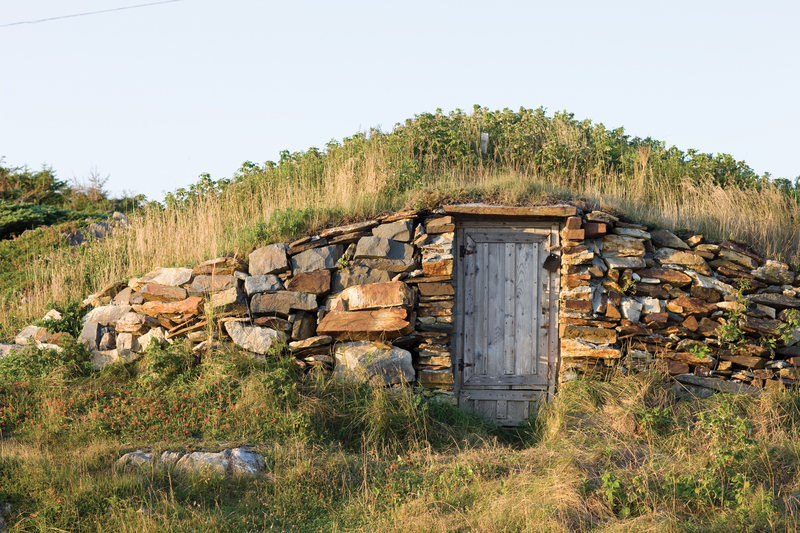 Beyond a mere attraction, locals knew that root cellars could tell the story of Newfoundland, a place where hyper-local food has always been a necessity rather than a lifestyle option. So, in July 2000, they declared Elliston “The Root Cellar Capital of the World.” 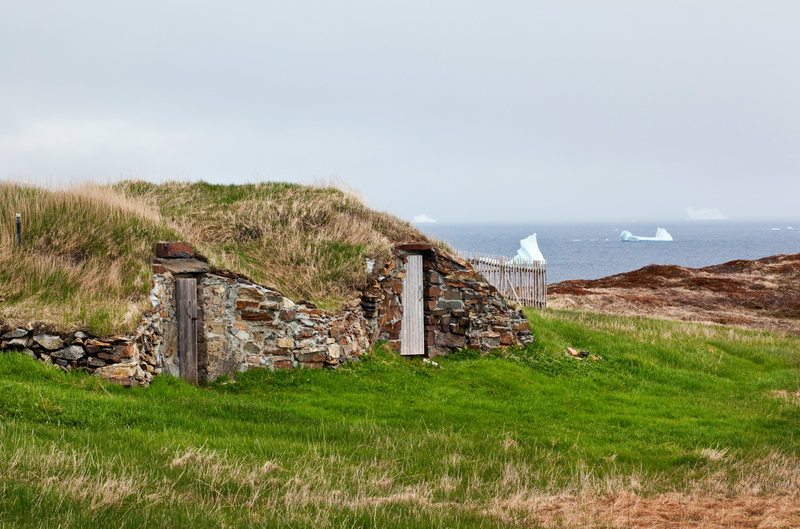 Many root cellars received new roofs and concrete reinforcements. According to Sid Chaulk, a volunteer on the restoration team, they restored 43 cellars between 1999 and 2001. Older members of the community provided vital information on root cellar construction. For example, the short corridor, known as the porch, helps keep frost out, as do the doors. “These cellars always have two doors, though some even have three,” he says. “You were taught to shut the first door before you opened the second.”

Even after fridges became popular, the rustic-looking cellars proved to be superior storage facilities. They provide just the right level of humidity to keep vegetables fresh and frost-free for months and months. Due to layers of insulating earth and rock, root cellar temperatures never dip below freezing, and never climb higher than 8°C. 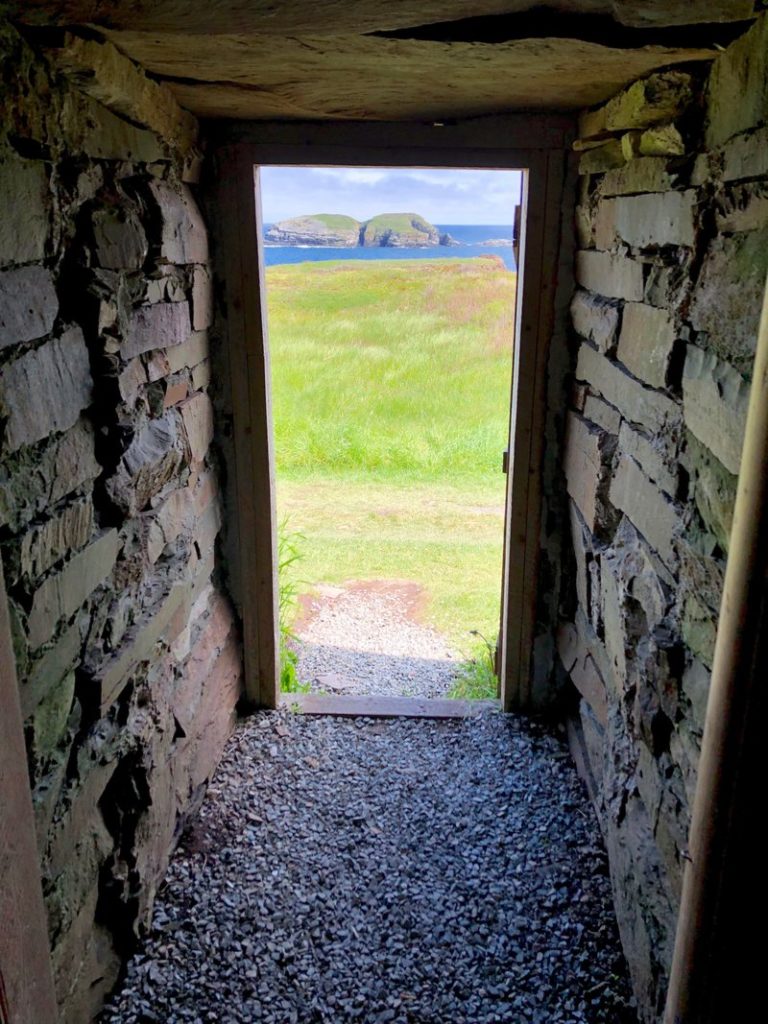 Soon after the declaration, a group of Memorial University students undertook to document and map the town’s root cellars. Toronto-raised Crystal Braye, a lead student on the project, had never seen a root cellar before. She recalls spending the summer traipsing around the town, interviewing older members of the community while collecting “measurements and GPS coordinates,” she says. They found 135 root cellars around Elliston (a town of 308 people). The earliest dated back to 1839.

Their study identified five different types of root cellars. Because of its rocky local landscape, Elliston’s root cellars are predominantly the double-door, ground-level entrance variety. Built into hills, rather than dug underground, they were often sealed with moss before the introduction of concrete. Another popular style was the “hatched entrance,” a mound cellar where you enter through the roof.

Beyond tourism, these powered-down storage systems resonate with a new generation focused on locally grown foods and the greenest ways of preserving them. Elliston residents are still restoring old cellars and building new ones. As Braye concluded in a paper after her summer of fieldwork, not only are the root cellars of Elliston “anchors to practices and values of past generations,” they also serve as inspiration for a more sustainable future.